I thoroughly enjoyed that. The weirdness I’ve encountered always seems to either err on the side of absurdity for it’s own sake, or resolves to easily into some kind of internal logic or one-dimensional metaphor. This was so bizarre, but struck that perfect pitch where it feels like it means, or is parallel to something familiar, but something ineffable. Almost like a twisted Donald Barthelme.

I’m sorry - I think you owe it to unsuspecting readers to describe it a little. I have no interest in completely surreal and unpleasant Japanese movies, not sure why I kept watching after the first 30 seconds, I was possibly mesmerized by the stunt testicles.

Whatever happened to warning with NSFW, too?

I saw this on one of the always thought-provoking and interesting Wholphin compilations from McSweeneys. Weird s#!t from all over!

That was before it even got weird!

And then Mr Cronenberg woke up, and it was all a dream. The end. 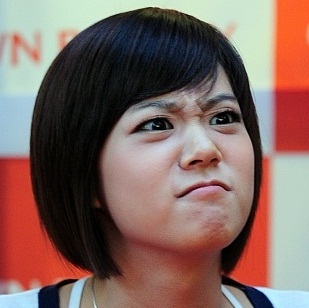 haha, yeah, i remember this one. I think this is the same guy that made The Taste of Tea, which is wonderful.

I kinda thought it was amusing (in a ludicrous way; especially the ‘Yamada’ bit). It was like mixing Monty Python’s nonsense with Junji Ito’s body horror. Not an entirely bad combo.

I’ve seen it before, ages ago, but I like being reminded of it. It’s pretty much the best surrealism I’ve ever seen. This is the kind of horrible dream logic that afflicts me at times, and this is a pretty perfect depiction thereof.

Made perfect sense to me.

Japanese TV shows, man. Wow. Just wow. Their prank shows are both cruel and hilarious, as long as you’re not the one being pranked:

I am never going to Japan, I don’t even want to take a chance on the bloodsuckers. Or the wake up calls.

And especially the mushrooms.

Just keep a name stamp, errrrh, “handy” and you’ll be all set.