Your friends, while living only a few blocks from this incident, they likely live a world away from the lives of the people involved here. Almost no one here is interested in resolving this crime. They are only interested in maximizing the opportunity to increase their subscribers. Videos asking for help. Twitter posts outlining lawsuits. It’s all a means to the same end.

Surely this should be covered by the insurance of the rental company.

Its likely but i presume the process would be slow while the police and insurance companies work out wtf happened. I presume the victim needs a working car now, if so i understand the why of the Gofundme.

We have neighbors who have never and will never get a car in their garages.

This is very common in California, because houses don’t typically have basements. Garages are used for storage and cars live in the driveway or on the street.

Its likely but i presume the process would be slow while the police and insurance companies work out wtf happened. I presume the victim needs a working car now, if so i understand the why of the Gofundme.

He’s in California, and that’s not how it works. He can get his car fixed now, his insurance covers it, and then all the insurance companies involved sue each other and/or negotiate amongst themselves to settle up later.

Youtuber talking to camera doesn’t usually count as an ‘interview’.

Someone should perhaps merge comments here with the comments here (where others may discover this guy is a YTer whose first ‘interview’ was taken down by the other YTer.)

Driver flies a Tesla as if it's a spacecraft, then crashes and runs away (video) boing

Doesn’t take much to total a car these days, either.

Ha! Come to the U.K. and look around most cities, towns and even villages - they were often built before the existence of the motor vehicle, and are built as semi-detached or terraced, with only rarer houses from the 60’s-80’s built with a garage. Modern estates may have a parking space out front, but developers want to maximise the number of little boxes they build on available plots of land so they can make the maximum profit.
I’m lucky enough to have my front garden converted to parking, but many of the houses in my road don’t have any off-road parking, and it’s the same around much of the town, which has a population up around 35,000 people, and expanding.

Kind of a shame, given the chance i would prefer to keep the garden but 100% get you that the convenience of having your own spot is something you can’t put a price on. More so if street parking sucks.

LAPD is a bad joke.

I’m driving my wife’s 1998 honda civic. It makes some unpleasant noises, but I think it will pretty much run forever, even if I set it on fire.

Reminds me of a discussion on here a few years ago where for those who are used to the wide open spaces in the US it’s easy to overlook how densely packed the UK is. 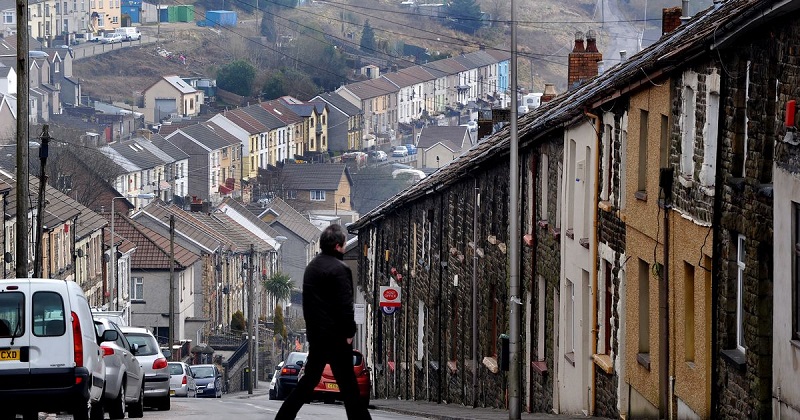 I think it will pretty much run forever, even if I set it on fire.

I guess that would explain the $1000 reward they’re offering: 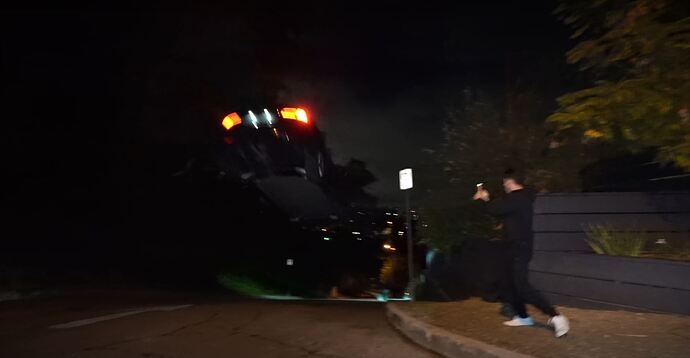 LAPD Is Offering a Reward for Identifying the Flying Tesla Driver, an Expert...

The Police are looking for the driver of the Tesla Model S that flew through a Los Angeles intersection on Sunday night. With further details now available and confirmed by authorities, we know the person rented this 2018 Model S. It wasn’t their...

The Police are asking anyone with relevant information to “contact Detective Juan Campos, Central Traffic Detectives, at (213) 833-3713 or e-mail him at 31480[@]lapd.online.” For those that want to remain anonymous, there’s also an online form on LAPD’s website named “Anonymous Web Tips.” The form can be accessed here.

I find it super interesting there are still neighborhoods with old houses who mostly lack garages.

This area is an early “street car suburb” of LA, back when they still tried to use the older SF-style “drape a rectilinear grid over the terrain, run a scraper up and down the hills, and call it a day.” development pattern. It was platted at the turn of the century, and mostly built up by the 1920s

But SF’s hills are gentle, rolling affairs, mostly fossil sand dunes. LA’s Elysian Hills are the result of seismic uplift, and are often too steep to allow ignoring the terrain. Draping a grid willy-nilly over the terrain results in craziness like Baxter Street.

Echo Park is a rarity - most of LA’s hilly areas waited for steam shovels and dynamite to become common in roadbuilding, carving roadways into windy, twisty loops that gradually climbed the steep hills instead of just plowing over them.

At the end of the downhill stretch where the car landed is Allesandro Street, once the route of a major PE Red Car line from downtown to Glendale. So cars weren’t common or needed.

If you say his name three times in a mirror, he appears, makes misleading tweets to inflate Tesla’s stock price and then calls you a pedophile for no reason.

I get the joke, but external combustion are steam engines.

There is that, yes. Guess we could call it the uncontrolled external combustion engine, or the UECE - the “eueecee.” It might never become particularly popular, but it would certainly be exciting to drive.

California requires auto insurance but it’s of course possible he’s underinsured or is driving illegally without it. Either way he’s certainly not at fault for this and has every right to go after the other person/persons in any way possible. (Hopefully they are insured!)