Originally published at: Driver flies a Tesla as if it's a spacecraft, then crashes and runs away (video) | Boing Boing

Must not have gotten to 88 miles an hour… 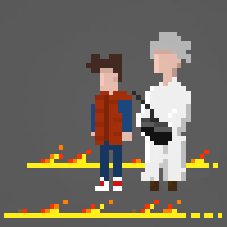 All of the videoing implies that this was a pre-planned stunt with announcements. I am here to state the obvious because I just can’t believe how the person will get away with it.

someone posted videos of the aftermath…

r/IdiotsInCars - Aftermath of the flying Tesla, as filmed by neighbors. 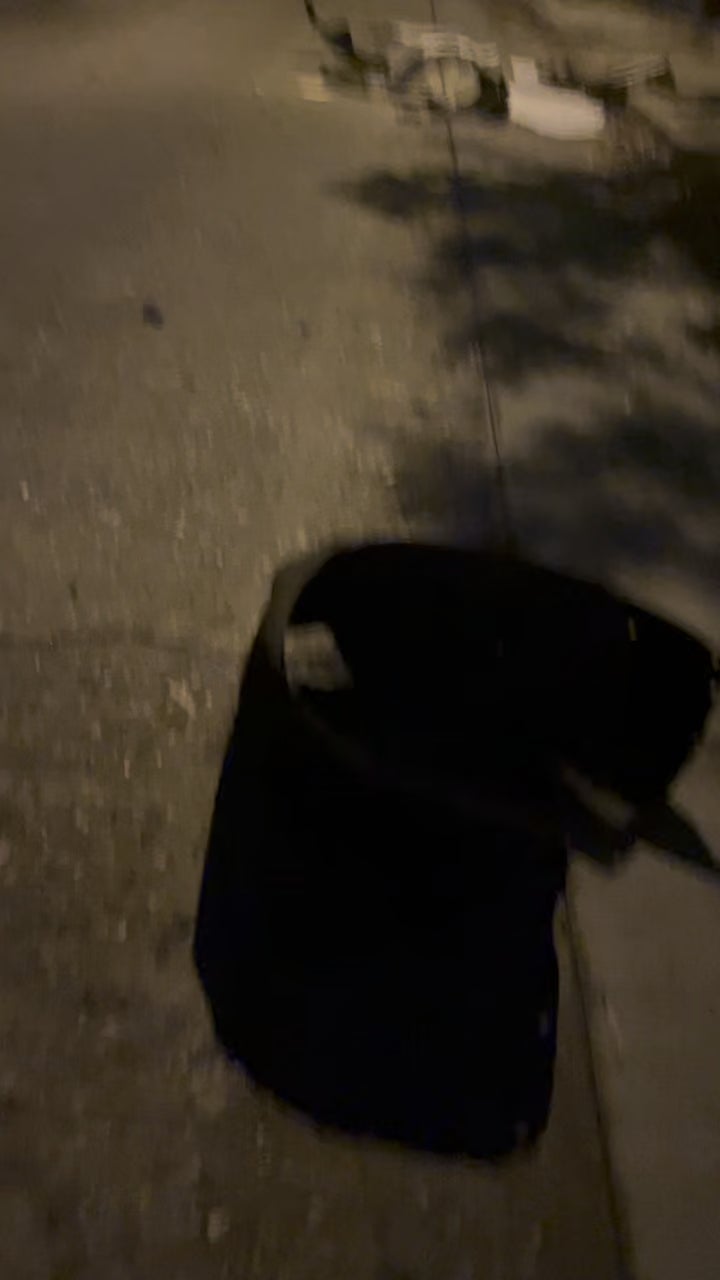 The issue was a “loose nut behind the wheel”, easy fix.

Meh, not really impressed with the tone of the Dukes of Hazard reboot, but that was decent air time.

Click on this thread, someone has more on this youtube video, but I haven’t watched it yet. 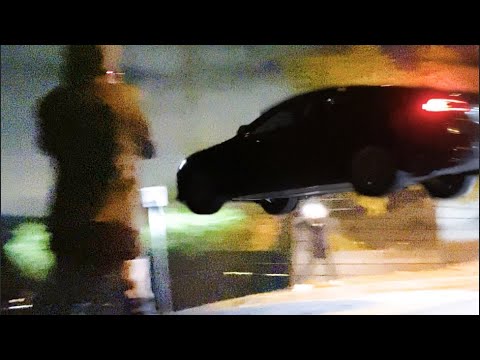 That probably generated some interesting data for Tesla’s machine learning algorithms to crunch.

Style points deducted for not being a red convertible Ferrari.

So how do you rent a car, wreck it, and no one can figure out who done it? (last time i rented a car i had to nearly leave a blood sample)

This is just a whole pack of idiots. The YouTuber that encouraged him has a history of shitty behavior and has apparently filed a takedown over a legitimate use because the guy who’s car got hit is also a YouTuber

Motorcycle riders don’t enjoy the same luxury of safety that people in cars do. They are completely exposed and a collision that wouldn’t really hurt a driver can seriously injure a rider. So, it’s understandable that when this rider narrowly avoids... 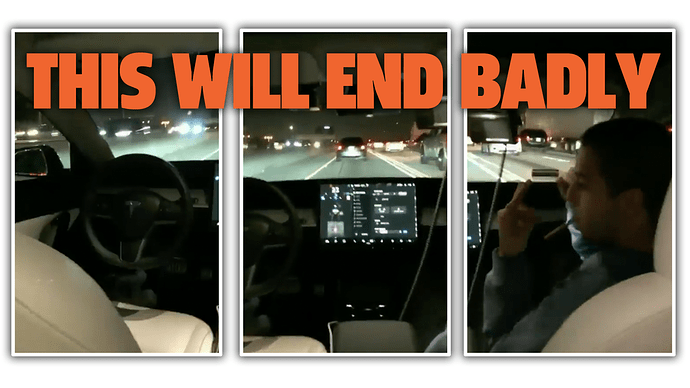 This Video of a YouTuber's Tesla Driving on Autopilot With No One in the...

Full disclosure: I think all Level 2 semi-autonomy systems—that is, every sort of partial self-driving system you can get in a car today—are stupid. Not because the technology is necessarily bad, but that these systems, like Tesla’s Autopilot, are...

This entire culture needs to die a flaming hot death. Which is very likely, but I’m afraid they’ll take some innocent folks with them.

A trip to Mars?

It took me a while to realize someone did this on purpose. (I keep forgetting what sociopathically-reckless dickheads young men so often are.) The driver couldn’t even see all the people at the top of the hill filming it, much less who or what was on the downslope. It’s amazing they didn’t kill someone or do more property damage. (Though I’m guessing the owners of the damaged cars and destroyed trash cans aren’t going to get much out of the driver since apparently it was a hit-and-run.)

That I’d disagree with. That many people filming, they pre-planned this and knew where the car was going to be and when. Nobody even flinched when he came by, everyone just kept cameras on it. The “nobody knows who it is” is silliness. Everyone there knows who it was.

Is this the same infamous street in LA that people were complaining waze was directing drivers thru as a shortcut? 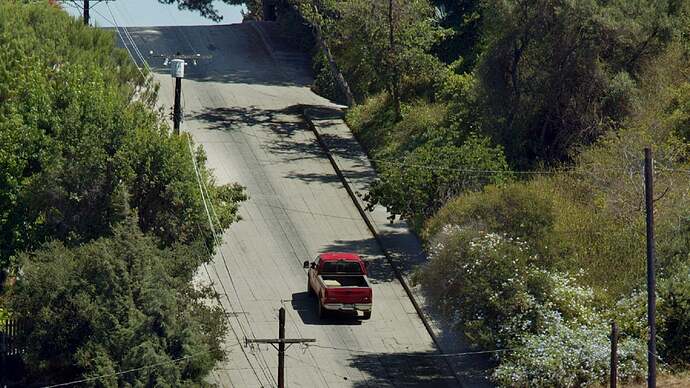 Echo Park's Baxter Street looks like a reasonable shortcut on a map but doesn't take the road's 32 percent grade into account.

Reckless driving in a crowded intersection (can’t even imagine the enhancements that come from drawing the crowd there yourself).
Animal endangerment.
Damage to public property (roadway, ect…).
Damage to municipal property (rented city refuse bins).
Curb damage.
Umpteen moving violations.
Hit and run.
Fleeing the scene of an accident.
Willful destruction of private property (if indeed the vehicle was a rental).
Destruction of private property (the cars the dipshit hit).

I’d say they’d be looking at quite a sentence given how trivial it would be to track them down, but LAPD gang is generally more interested in riding their motorcycles in groups down sidewalks and occasionally harassing locals than solving motor vehicle crimes by entitled rich YouTuber shitheads.

These antisocial pricks somehow rarely manage to kill each other, even when they invite each other to the scenes of their premeditated crimes. It’s everyone else who pays for their assholery.

And excerpt from Hertz site: Over 50 years ago, in September of 1965, the General Manager of Shelby American, Peyton Cramer, and the Hertz Corporation came to a brilliant business agreement: They would offer the 1966 GT350-H as a rental car through the now-famous Hertz “Rent-a-Racer” Program. This deal created 1,000 Shelby Mustang GT350-Hs for use in the Hertz rental fleet, allowing customers to do more than just rent a standard rental vehicle for their needs. 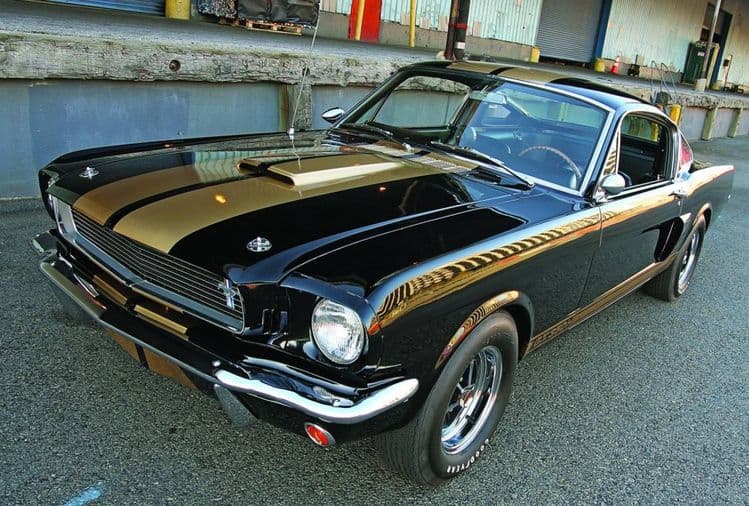