Is it just me, or is the “33” on the replica much smaller than on the original in the clip? Details, people!

Maybe the greatest cast of soon-to-be-greatest actors ever?

Plus Nancy Wilson from Heart, Pamela Springsteen (sister of Bruce), and a bunch of other people who would end up doing well in Hollywood.

I remember reading the book when it came out in 1981. It was stunning, and all we could talk about at my high school for most of that semester.

The big R on the front of the jacket appears to just be printed on. I double checked the clip and it does seem to be a sewn on R like real letterman jackets are, that with other details that are off i wouldn’t necessarily recommend the jacket for those that want accuracy. I would say that you’d almost be better off commissioning one, but this jacket would likely be cheaper so that’s the trade off.

Edit: Also the real one doesnt appear to have anything on the back from what i can tell in this clip. It’s been a while since i’ve seen the movie, dont know if that changes in other scenes. But on the site it has the mascot and that appears to be printed on the back, if this were a real letter man i would expect it to be embroidered 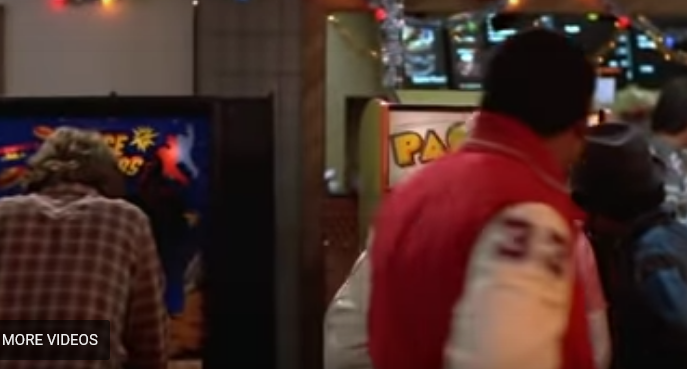 I don’t know if I would comfortably call a “VARSITY LETTERMAN JACKET-STYLE SWEATSHIRT” a replica. Maybe simulacrum. Also $131.

Good eye…$131 for a sweatshirt is definitely not cool. 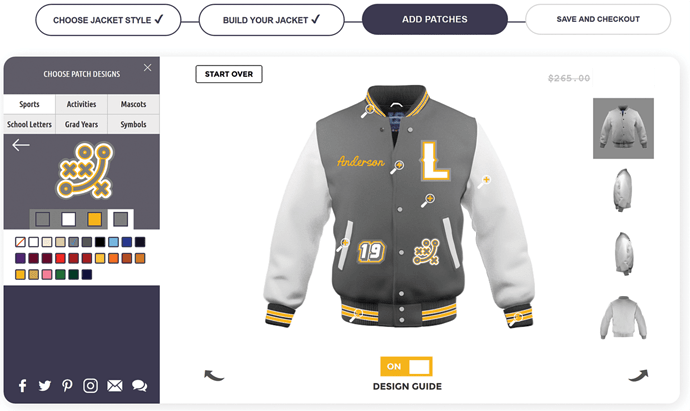 meh. sportsball not my thing

I like the style of letterman jackets but i hate the association to sports and toxic male attitudes (jocks). I lowkey want a jacket though not necessarily a Fast Times themed one, but for now i already have too many jackets that i hardly wear.

At the two high schools I attended (mid 80s), you could also letter in academics or other subjects (like Drama) without coming within sniffing distance of a sportsball. I’m not sure if this was/is universal or just for some schools.

I think they used the school’s alternate color for that letter, and you got patches for each subject you maintained an A-average through the four years. I’ve got a letter with science/social science/English patches in an envelope somewhere, never bothered with the jacket.

I remember that there were little pins to put on the letter for sports (including ISTR the “It’s Academic”* team) that you participated in.

I was having fun browsing through all the novelty uniforms until I stumbled upon this. Proud Boys Black and Yellow Gold Polo Shirt

Not my school. Letterman club was a super toxic club for male sportsballers (yeah, they even had a “rush” week where they publicly hazed their soon to be peers). This was in the 80’s tho. hopefully things have changed for the better.

since you already have too many jackets. (said one jacket fiend to another)

you DO know about Derby out of SF?

I did NOT grow up in the bay area, but when a dear friedn gifted me a black derby with gold interior? I became an addict. GREAT jackets

they seem to be sold out of the classics, but alwasy re-stocking — Classic Derby Black | Derby Of San Francisco

I don’t know about them but the jackets do look pretty sharp, i’ll bookmark it for future reference.

My current jacket project is that i bought a vintage NASA jacket and while it says it’s a medium it seems to be fitted for a large or in between M and L. I’m curious about taking it to a tailor and see if its possible to get a better fit out of it and have them replace the cuffs and other black elastic/banding because they’re kinda worn. 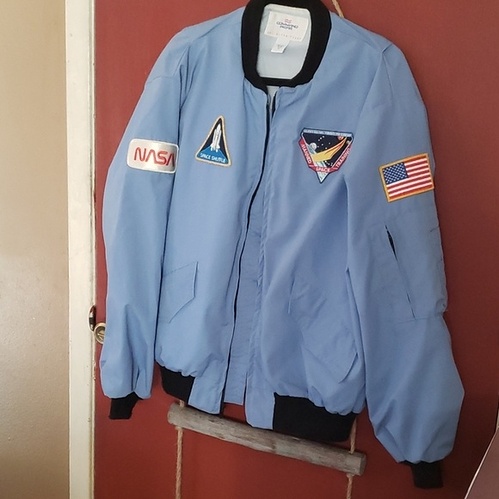 i had my local leather/harley-style shop replace exact same style cuffs on a vintage jacket of mine. apparently any competent tailor can do this