I’m pointing out that you quoted one of the main points of the story, which should have been obvious to the rest of the people here if they read past the headline. So thanks for highlighting what people should have seen in the first place.

On various web sites, including this one, we sometimes even see the author of a post then try to claim something quite different in the comments and someone (sometimes me) has to say “Whoa, that’s not what the article said.”

In that light, repeating some of the main points of the article is quite useful in terms of keeping the discussion on track.

And when a trigger-happy cop who was sent to your house by /baphomet shoots your dog because it was “being aggressive”?

No, wait, let me guess—you won’t care because you don’t have a dog, and anyone else who’s worried about these sorts of juvenile hijinks shouldn’t have a dog either.

Even if they sent the SWAT team to your house?

I actually toyed with the idea of making a patently absurd remark to one person like having a child sex dungeon in my (nonexistent) basement, so that they could then use it as an excuse to SWAT me so that I could sue the shit out of that specific person in return, but the prep and cleanup time for a SWAT raid was just too much. I guess I’m just lazy.

Now if I had been living in a rental house, it would have been a hoot to see them ripping holes in the walls and floor looking for secret rooms and maybe digging up the backyard with a backhoe.

Yeah, it’s fun to be all dismissive and talk like you know everything when something like this isn’t a pat of your life. These people are bullies attempting to silence and punish people through fear and terror tactics. When you send police to someone’s house on a false claim that there’s explosives or hostages, your sole intent is to create enough confusion that results in the accidental harm or death of someone. There is no free speech here, and what they are doing is not “technically legal.” Law enforcement is having to play catchup because it’s not yet equipped to deal with this sort of modern crime, but they’re learning fast and some of these anon children are in for a big surprise.

I actually toyed with the idea of making a patently absurd remark to one person like having a child sex dungeon in my (nonexistent) basement, so that they could then use it as an excuse to SWAT me so that I could sue the shit out of that specific person in return, but the prep and cleanup time for a SWAT raid was just too much. I guess I’m just lazy.

Well, if you live in America I would not recommend this. SWAT raids leave corpses sometimes. Also, thanks to Three Felonies a Day cops may decide to retroactively justify their raid by arresting you for real crimes you have committed, since it’s almost impossible that you haven’t committed crimes.

I think your point is that having a SWAT team bust down your door, point weapons at you, and possibly kill you, members of your family or your pets if they get the wrong idea, is just not a big deal. Hey, that toddler who was permanently deformed by a flashbang grenade when the cops busted down the wrong door? I mean, come on, lighten up, right? I guess that’s what your life experience has taught you.

I don’t know, I was the subject of repeated massive investigations at more than one place over about decade, usually because of some horrible something, some Lovecraftian eldritch horror that only very “special” people could sniff out.

My most recent boss looked amazingly like Olivia DeHaviland in “The Snake Pit,” and I thought maybe feeding her paranoid fantasies just once would get me financial settlement to pay off my house. But I chickened out. But it would have been better for both of us - even the customers openly referred to her as mentally ill - not to me, but in meetings.

Anyway she had nothing to do with the death threats, that was a whole 'nother thing.

I don’t know, I was the subject of repeated massive investigations at more than one place over about decade, usually because of some horrible something, some Lovecraftian eldritch horror that only very “special” people could sniff out.

And some people get shot at several times in their lives and still live to a ripe old age. Yet I’m in no rush to be shot at.

I’ve always thought everyone involved in those food fights should meet up in real life and go to a hotel for an angry grudge-**** because they all have more in common than they’d like to admit.

Which is saying that Ashley Lunch, mentioned in the article, who followed some people on twitter, is basically the same as people who called in fake tips to the police to get a SWAT team sent to her home.

Then you went onto saying that having a SWAT team raid your home is not really such a big deal even though SWAT raids result in dead people, dead pets and, in one extremely public case, a deformed toddler.

And now it’s, “Well, I’ve been investigated by police and nothing bad has happened to me yet.” Did you also smoke until you were 90 and never get cancer? Is there any chance you actually know, that, as a matter of fact, SWAT raids are dangerous and having them perpetrated on people isn’t actually an equivalent offense to following Anita Sarkeesian on twitter?

Not to mention the continuation of terror harassment. The doorbell just rang. Is it pizzas? Is it police? Is it someone who’s going to rape and murder me? Nope, just an elderly couple who have the wrong address. This is the slow burn assault on your sense of normal that they aim for.

This is how you do it: 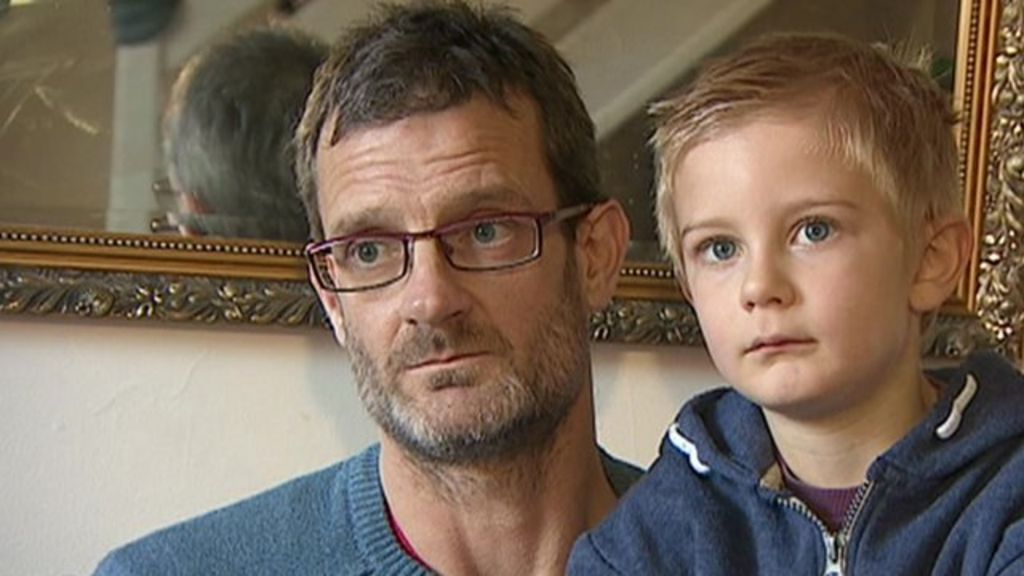 A five-year-old boy from Cornwall is sent an invoice for failing to attend a friend's birthday party - and the row could lead to court action.

I know a woman who claims she’s been staked by 3 different men. You two should meet.

I just set up this longterm sockpuppet account to pose these two theoretical questions:

How long before a serial doxxer/harrasser gets exposed in some manner (honeypot or otherwise) and gets himself murdered?

Or, has it already been quietly happening and no one cares because the basement dwelling harrassers don’t have any friends IRL and the murders aren’t ever tied to the abuser’s “sekrit” activities by any authorities or family?

How long before a serial doxxer/harrasser gets exposed in some manner (honeypot or otherwise) and gets himself murdered?

That link to the lizard squad thing is too funny. They were storing usernames and passwords in plain text? It’s almost as if you can’t trust people who you pay to do unethical or illegal things for you!

It’s definitely not free speech when it’s an actual crime.

Amen. Sending angry messages is one thing, criminal activity is another. Sending threats, calling the cops with falce reports, etc. is wrong and should be prosecuted.

Welp, now’s as good a time as any to mention it: here’s an example of an anti-GamerGate person SWATting an unhinged GamerGater.

For bonus points, this person takes responsibility for SWATting Mike Cernovich who blames–get this–Zoe Quinn. Yeah, because I’m sure that, with all the attention she gets, she wants to draw more attention to herself by engaging in criminal activity…

Gamers aren’t doing any of us any favors, either, because they’ve started doing it to each other for shits and giggles. It’s not worth it, kids; they’ll try you as an adult.

EDIT: Link to video removed, turns out it’s a hoax.

Except I’m not on Twitter, and if someone told me I was getting death threats on Twitter I’d say “So?” And I have had death threats, credible death threats from real people with real motives who could have gotten to me easily. My life was in no way ruined by that experience.

I’ve had my life threatened, to my face. I live in fear all the time. Wait, I don’t. Turns out the person who threatened me had mental issues, and nowadays they’re being treated for it.

I don’t think it’s so much that it’s a person or two, but that people feel the need to pile on. Y’know, if Zoe Quinn really did get unearned attention for Depression Quest for her game, that’s one thing; but the dogpile of shitheads doesn’t help a damn thing, and if anything completely takes any attention away from the original topic and legitimately makes Quinn a victim of harassment.

Reporting someone to a police tipline for potentially illegal activities that they actually engaged in is not the same as swatting. I don’t know LA law well enough to say whether Cernovich actually committed any crimes, but that post is very careful to accurately describe who he is, what he looks like, and what he did.

Swatting is submitting a false report of violent or drug-related activity, intended to draw a heavily armed response. This is not that.

Specifically, reports of long-distance civil harassment, whether valid or not, are unlikely to trigger an armed response.

I think I know her! She used to always tell me about being stalked and when she dumped me she said “Don’t you stalk me!” and I said “Don’t flatter yourself.” She eventually apologized for that about a year later. She was definitely a narcissist, but not the classic narcissistic personality disorder. I recently found a description of someone very like in the psychology literature - the narcissist who isn’t really out to hurt anyone and keeps several emotionally shallow sexual relationships going at once. But it turned out OK for her, she married “up” and is enjoying a nice bump in status.

By claiming to “stalked” by three guys, it explains those text messages and voice mails from multiple guys. Of course it’s not really stalking (in the sense my friend tried to imply) if they are having sex, it’s more like speed dating for narcissists.

You know BoingBoing, if you’re going to pretend to be educating people on the goings on of the interwebs, you should probably do more due diligence. Grace Lynn / Devi Ever was a vocal GamerGate supporter until she realized they weren’t going to be useful marks, and they weren’t going to let her history of failed endeavours slide. But she couldn’t live without that Patreon income, so she repented and joined the anti side again.

The guilt by association is dripping off here. Do you still not realize, you are the new soccer moms? You are freaking out over a tiny fringe of misanthropes, ignoring the thousands saying “stop blaming us for things we didn’t do, and listen”, while enabling people who pathologically create threats around themselves. If their obnoxious behaviour doesn’t attract trolls in return, you can be sure they will false flag threats into existence, as Zoe Quinn did with the Wizardchan forum. Gotta keep that victim train going.

True, and I see now that it was just that.

Wow, I just made the mistake of reading through his Twitter feed. What a weirdo.

Okey doke. Sorry for the belabored response—I get into Gamergate-explainer mode, which requires caulking all loopholes.

And yes. He believes his semen has magical addictive properties.