Gamergate has some legit points here and there, but it’s really troubling how some of its adherents pull this shit and jump on the weird conspiracy garbage. It’s just a fiasco.
I’m glad none of the threats have materialized though. At least I think they haven’t.

Gamergate has some legit points here and there, but it’s really troubling . . .

at this point “gamergate” is so completely discredited that i have a lot of trouble taking anyone seriously who starts off with the words you started off with. as far as i’m concerned nothing about “gamergate” has any credibility, legitimacy, or even a reason to exist. i also think what you meant to say was that none of the threats have been carried out because threats by the dozens have materialized over and over again.

None of the “legit points” have materialized.

No, myopic criticisms about unrelated non-problems are not legitimate talking points when used to front a noisy, violent, misogynist group of miscreants.

Every time someone says there are legitimate points with this gamer gate thing, it turns out the points they bring up don’t pan out. All I see is multiple women being viciously attacked, and driven from their homes as if that is something that is acceptable for any reason. Any movement that behaves that way is so hopelessly tainted, it should be abandoned.

So how is it that, as far as I’ve heard about any of these cases, law enforcement hasn’t been willing to track down the people making these threats and throw them in jail? Is it that they support this stuff happening and don’t want to see it change, or are there just too many black people and hippies that need beating?

Sometimes you can’t readily distinguish a legitimate concern from a “concern troll”-- and if the latter are actively coordinating with the rest of the troll campaign-- well, then you’ve been had

Won’t somebody please think of the husbands?
/s

So… Why does the inclusion of an address render a threat as unusually “credible” ? Is Whois suddenly regarded as a mysterious eldritch power now? Has the use of telephone directories been obliterated from collective memory?

Yes, publicly posting someone’s address certainly isn’t a nice thing to do and I certainly wouldn’t want mine publicly posted, but finding such information can be quite trivial and surely it doesn’t necessarily imbue threats with additional gravity.

Any movement that behaves that way is so hopelessly tainted, it should be abandoned.

These people are fascists. I mean this literally. We’re talking about a group of privileged, lower middle class tech workers, overwhelmingly white and male, who resent any encroachment on what they believe they are entitled to. And they’re organizing to terrorize people, especially women. They represent the nastiest edge of “nerd culture” and the tech industry, which is rife with sexism and bigotry.

Yes, publicly posting someone’s address certainly isn’t a nice thing to do and I certainly wouldn’t want mine publicly posted, but finding such information can be quite trivial and surely it doesn’t necessarily imbue threats with additional gravity.

The combination of death threats and the publication of home addresses most certainly does imbue those threats with additional gravity. Consider what happened to Dr. George Tiller.

Escalation is a factor considered.

& if the complainant relayed information such as that this is not an isolated incident, that others threatened by the same group have felt it credible then that would also be considered.

If police were the ones that determined it credible, these sorts of things are considered & since many people receive threats they do it frequently enough. Consider how often you hear of someone being threatened by an estranged, abusive spouse or family member.

You & I know it is most likely just a group of incredibly helpless online blowhards upset & mystified by their perpetual loneliness, but police will err on cautions side, unless you are brown or something.

We’re talking about a group of privileged, lower middle class tech workers, overwhelmingly white and male, who resent any encroachment on what they believe they are entitled to. And they’re organizing to terrorize people, especially women. They represent the nastiest edge of “nerd culture” and the tech industry, which is rife with sexism and bigotry.

I am a developer, but not a gamer and not a game developer. I have never come across this culture. For sure it might be out there somewhere in the development community but I am leaning towards the position that its the users themselves doing this, not other developers.

Not sure what you´re getting at, but if my wife received threats like these I wouldn´t be doing too great either.

The combination of the address with the promise to (sorry for the graphicness of this, but) rape the target with a hunk of rebar is what makes it credible.

I think what people like Ms. Wu don’t understand is that by responding to it, and by trying to use its controversy as a platform for speech on an issue, they are every bit as much a part of Gamergate as the human garbage that is threatening her and others.

By responding to gamergate you lend it credibility with large population of people. And every single time another person attacked or threatened (lets keep in mind that people on both “sides” of this argument have received threats) it just perpetuates this mess as people use it as another reason to demonize people on either side of a hashtag that has staggeringly diverse number of viewpoints and agendas surrounding it.

I look at it as a wounded bear that people keep on poking with a stick. How many people will it have to bite before people do the right thing at just let it die? Nothing will be accomplished because of gamergate. Journalistic ethics? Women in the game industry? Anything you try and do while standing next to gamergate is tainted. Anyone with the ability to effect real change is staying as far away as possible.

Just let it die. After that happens, people will actually have a chance at effecting change because it won’t get sucked into the gamergate vortex that is polarizing many worthwhile issues.

If you haven’t noticed women in tech being derided for being women in tech, then you either don’t actually work with any women in tech, or haven’t asked them about this, or just generally aren’t paying attention. It’s so pervasive it’s accepted as routine.

Uh, because personal information absolutely does imbue threats with additional gravity.
“Go die in a fire” is not a legitimate threat. “You live at [street address] in [city], and I’m coming to kill you” ABSOLUTELY is.

Ho easy it is to get doxx is completely irrelevant - especially considering that the target in this case is a woman who’s running her own company, so she has to have some contact information publicly available. 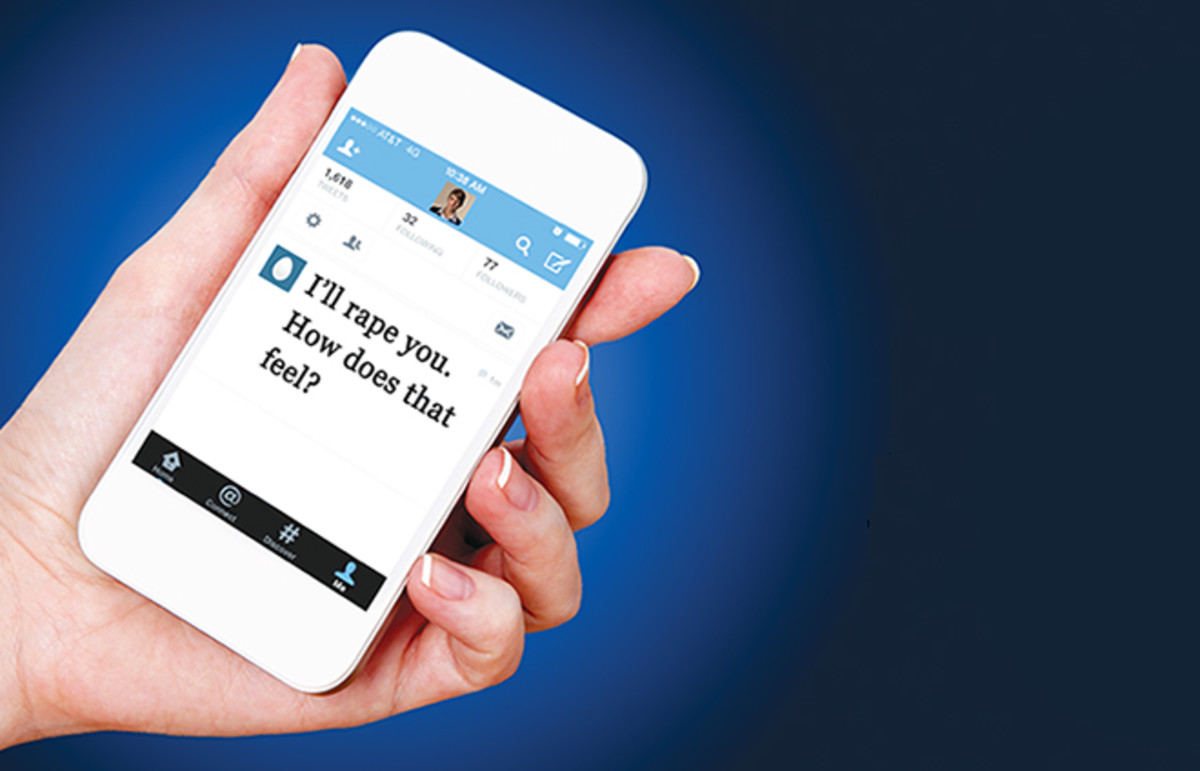 The Next Civil Rights Issue: Why Women Aren't Welcome on the Internet

"Ignore the barrage of violent threats and harassing messages that confront you online every day." That's what women are told. But these relentless messages are an assault on women's careers, their psychological bandwidth, and their freedom to live...

No. Sorry, but no. “Don’t feed the trolls” doesn’t work. They just ramp up until somebody reacts. Blocking doesn’t work, since they then control the narrative. You canNOT just assume they’re cranks and that common decency will win in the end, because in between here and then, women (and their allies, but mostly women) are doxxed, insulted, threatened, stalked, and driven from their homes.

The only way to clear this vile shit from our respective corners of the internet is to confront it, every time, with the full force of decency and compassion and logic, to make the spaces occupied by these people as toxic to them as they’re making it for normal people.