Gamergate as a hate-group

And, as with all such groups, there are those who get attracted by the false advertising, thinking that the false front is the foundation of the organisation. I’m sure that there were Italians who supported Mussolini because they thought that getting the trains running on time was the most important thing about the Fascists.

And then there are those indefatigable party workers who know what the organisation is really about, but work tirelessly to support the false facade.

Fuck yes, they are.

I really don’t see it, what is hateful about wanting a level playing field?

Huh. Something about “gamer gate” made me roll my eyes, and it wasn’t the angry children.

Perhaps if you read the article you’ll see the examples of how there’s more involved than “wanting a level playing field”.

Did you read the article? I thought it was pretty clear about the ways in which Gamergate resembles a hate group - both in terms of its structure and organisation, and in terms of its actions.

I’m not sure in what sense Gamergate represents a desire for a “level playing field”, but even if that’s the case for some members of the group that doesn’t invalidate the article’s analysis in any way.

I pretty much gave up trying to figure out what “Gamergate” is supposed to be. All I know is that any time it comes up in a thread everyone seems to get angry and nothing is accomplished.

Gamergate is an organization?

However, their current leaderless and anonymous qualities, combined with
their ability to replicate the appearance of active members through
dummy accounts, creates a powerful mob mentality in which anybody can
suggest a radical way of leveraging hate or fear, pressure others into
following suit, and thus continue to perpetuate their narrative through
action.

Okay, so it’s not an organization?

I’ll field this one.

Some girl programmer had a (now ex) boyfriend who says that her game got a good review because she slept with a video game journalist instead of his classy ass. Then SJWs showed up and stirred the pot with Firefly man. Because of this, bias is revealed in a multi billions dollars industries and gamers are all dead now too, which just shows how they are all in cahoots against gamers.

You aren’t alone. I ignored it for a long time because it reeked of trolls cooking up some sort of internet drama. Apparently it besmirched the integrity of some gaming review websites or something, a laughable concept on the face of it. How do you harm the integrity of the advertising wing of the big AAA game publishers??

Oddly enough I think knowyourmeme has a pretty decent timeline of events: http://knowyourmeme.com/memes/events/gamergate

It’s biased in a pro-gamergate direction, and leaves out the stuff that actually makes news, like death threats.

It’s not a bad primer, I think, if you’d like to know how gamergate likes to see themselves.

Its also pretty evident by how much they like beating this horse. These things exist only on publicity, so the only solution is posting about them constantly. If everyone ignored the trolls, they’d gonaway , or just vanish back into there little corner of the web, where people like me would never have to think about them, or their cause again. Which is a net win.

Its also pretty evident by how much they like beating this horse. These things exist only on publicity, so the only solution is posting about them constantly. If everyone ignored the trolls, they’d gonaway , or just vanish back into there little corner of the web, where people like me would never have to think about them, or their cause again. Which is a net win.

While that’s true in normal cases of trolling, this is not that. Have you listened to the stories of people who are targeted? They tried that. It didn’t work. The harassers stepped it up on every level to the point where people were driven from their homes. Ignoring is simply not working.

There is a limit to what can be ignored. 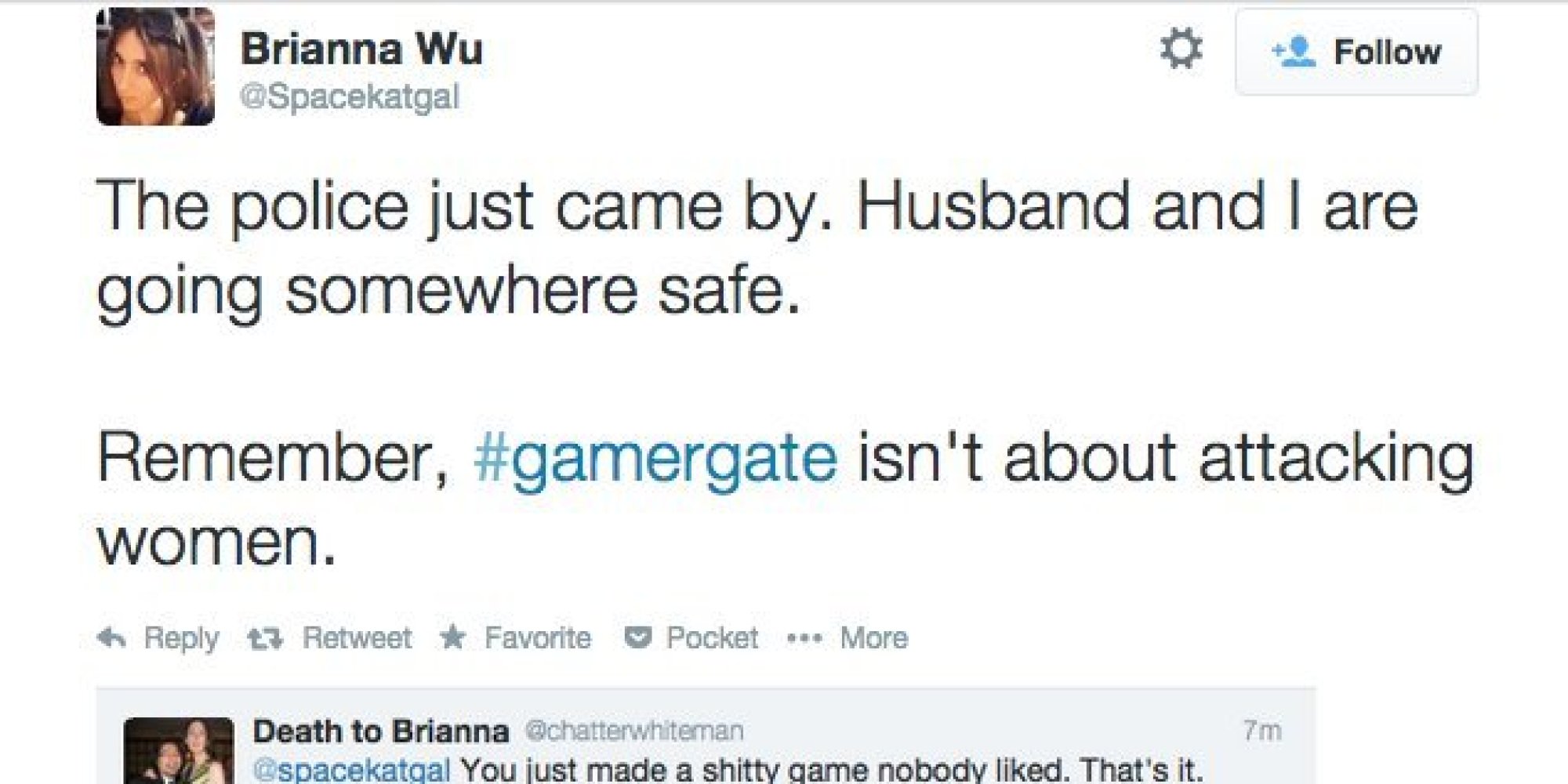 Yet Another Game Developer Flees Her Home After Death Threats

Threats have once again forced a game developer to flee her home. On Friday night,

It’s really interesting that none of the people that have been making threats has claimed to be associated with gamergate. Not that it would matter if they did, because it is not an organization and cannot be held responsible for dissenting opinions.

it is not an organization and cannot be held responsible for dissenting opinions.

If gamergate can’t be held responsible for attacks by people working under its banner, then it also can’t be claimed to be a movement for anything, either. People using it as a platform cannot have it both ways.

As an outsider it seems like both sides are saying

There seems to be an awful lot of empathy missing from these conversations.