Why #gamergate is bullshit

I wonder if this is why #bendghazi took over #bendgate.

All this proves is cracked.com likes to post clickbait.

I’d be happy to believe that the original scandal never happened. Perhaps instead of just asserting that someone could offer some kind of proof… or maybe a link. With hyperlink we can do that now and it’s become kind of expected.

You want a link to something that doesn’t exist? How about a link from you to this putative review?

All this proves is cracked.com likes to post clickbait

What the hell kind of internet have you been on where that needs to be “proven”?

It also proves that Cracked.com is a voice of reason on this issue, and that is…sad. I don’t even think Cracked.com would want that to be true.

Am I the only one at this point who thinks that a lot of this fuss is being kicked up by genuine trolls, of the sort who really don’t have any personal stake in one side or the other but get a kick out of enjoying the phenomenal sh*tstorm? Or perhaps simply believe the opposite of whatever they happen to be posting because they don’t want a lack of interested opponents to slow down the ride?

Can you give us a definition of “clickbait” that wouldn’t apply to every clickable article headline on the interwebz?

After finishing the article it’s pretty obvious cracked doesn’t know anything about 4chan.

I started to suggest that Nelsie was wound a little tight this morning, but judging from the rapid likes I suspect I have stumbled onto some ‘social proof’ of being in the right in-group that I was unaware of.

Quick… everyone like Nelsie… no-one explain anything. Shout alot!

I’d be happy to believe that the original scandal never happened. Perhaps instead of just asserting that someone could offer some kind of proof… or maybe a link. With hyperlink we can do that now and it’s become kind of expected.

In recent days I've been asked several times about a possible breach of...

In recent days I've been asked several times about a possible breach of ethics involving one of our reporters. While I believe no such breach occurred, I feel it is important for Kotaku readers who have questions to get clear answers.

Of course, even having to post that indicates that Captain Douchebag Eron Gjoni is being given the benefit of the doubt, which is totally something we should not be giving ranting ex-lovers in general.

Thank you for the link.

One of the things that bugs me about this is that the targets of this bullshit campaign were the real opponents of corruption in the gaming industry. That corruption has been obvious for decades: the old glossy game review magazines were funded entirely by advertising from the reviewed games, and the reviews were simply longer versions of the ads. Online gaming sites were little different. One of the negative effects of this was a loss of creativity and a tendency towards stereotyped themes. The recent trends of indie game developers and indie game reviewers have been a refreshing trend, with the exploration of new styles and themes, and more meaningful criticism of game content. And it’s that vanguard that’s been attacked, absurdly.

What a great line. I wish I could write something so perfect.

Can we please stop giving these pieces of shit the attention they crave? They’ve already been outed by the IRC caps, and were seen scuttling like cockroaches back to their holes. They lost. Lets forget them forever.

On the other hand, there’s a good bundle at humblebundle, to support female game developers. Woot! 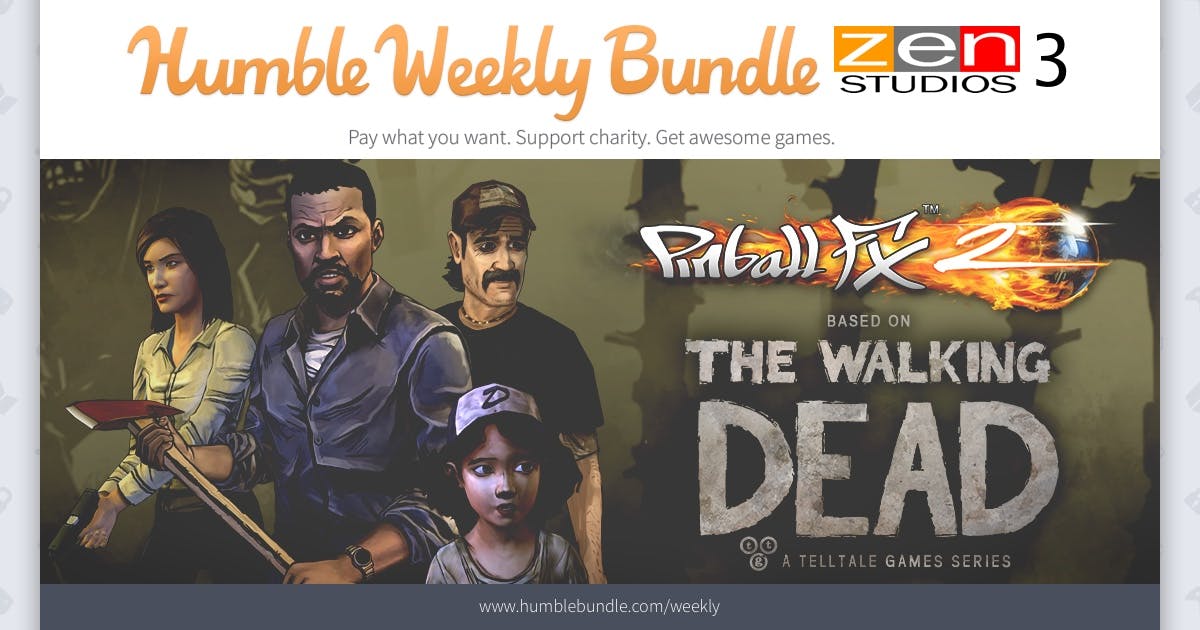 Pay what you want for Marvel and Star Wars Pinball FX2 tables, and support charity!

edit:
he, the piece is good, though. Good read.

Hi @C11 - I’m posting this for people who aren’t caught up.
It should make things pretty clear.

What isn’t being linked to is the original Eron Gjoni post that Luke McKinney quite clearly states he won’t be be linking to (I won’t either), and that’s because it was a direct personal attack from an ex-boyfriend to a female game designer. That post eventually caused her to be driven from her home. If you haven’t yet, you might want to read the full Cracked article. McKinney’s explanation appears in #7.

GamerGate was started by that rant.

This is NOT new information. Gjoni’s rant against Zoe Quinn contained a complaint about her dating a video game journalist. The thing is: once she started dating the writer, he never again wrote about her - even though he went on to write for Kotaku. Also, there is absolutely ZERO evidence that Quinn ever repeated the action with other journalists. However, Gaters have made multiple suggestions that her only positive reviews have been sourced by sexual favor. (From “GamerGate’s Original Sin”)

Gamers Put On Their Journalism Hats
The story goes that Quinn got into a relationship with a guy shortly after he wrote a piece on her involvement in a scrapped webseries. The guy then went on to write for Kotaku, where he never reported on Quinn again. Somehow, this non-story got spun into a whole web of accusations about bias and corruption in the media, failing to identify a single instance of alleged bias in the journalist’s writing. Even now, people still accuse Quinn of sleeping with journalists to generate good press and/or reviews for her games, yet have been unable to provide any examples of this actually occurring.

So the rampant female-oriented corruption and conflict that the Gaters have been running around screaming about (all while actively threatening and demeaning female game developers in an openly misogynistic fashion) just never happened. No one familiar with the industry is saying that absolutely no corruption exists in gaming journalism. What’s being said is that any corruption doesn’t center on Zoe Quinn or on women and sex, but somehow only women are being attacked.

The unfortunate thing is that there is certainly corruption and a lack of ethics in many pockets of the video game industry’s journalistic wing. Suspect sponsorships and payola have been standard for years; anyone remember when Jeff Gerstmann got fired from GameSpot way back in 2007 after writing a middling review of Kane and Lynch, advertisements of which were plastered all over the website? Where was GamerGate back then? Why did it take The Zoe Post, a story utterly bereft of actual corruption, to galvanize gamers into pushing back against these entrenched practices?

The kotaku link combined with this information should clear up the whole thing. I seriously recommend this post on the topic.

He actively participated in 4chan’s campaign of lies and intimidation. That’s serious wrongdoing.

I made damn sure that all my friends knew the details so they could make a decision if they wanted to continue being friends with the dbags that banged my girlfriend all the while pretending to be my friend. In this day and age? I might have facebooked it.

Here’s what’s different, both those examples, “tell your friends” and “Facebook” are partially-closed groups. Also, neither is a direct attack against your ex’s ability to do her job. Eron Gjoni open-posted his rant in a manner that made it accessible to millions, and demanded that it be given attention by the very people that Quinn would go to for EMPLOYMENT!

Big difference between personal and business, and between a closed friend group and broadcasting to the world, and not all his claims were even proven out. He did it all while playing the victim.

While this should have been a private matter, why is he a douchbag?

…because it should have been a private matter? Making this public makes him a douchebag.

If even half of what he is saying is true, he was wronged by someone that he cared about.

We’ve all been there. We don’t all get the people who wronged us run out of their homes.

I’ve had a former girlfriend that ended up cheating on me with several people I knew, and you know what? I made damn sure that all my friends knew the details so they could make a decision if they wanted to continue being friends with the dbags that banged my girlfriend all the while pretending to be my friend.

You tried to socially isolate her? Sounds like you were a dbag, too.

Most people have been cheated on. I’ve been cheated on. Y’know what I did? Seriously examined the criteria by which I chose lovers, wished her the best of luck with whatever she was dealing with, and cut her the fuck out of my life. Some close friends and some eventual lovers knew the story from my side, but it’s only my side, and I’m sure she has hers, too.

I didn’t take it upon myself to attempt to mete out some punishment to her as if I was entitled to judge her actions. She hurt me. I think it was wrong of her. That doesn’t mean I hurt her back.

“Do you think Roger Ebert was friends with any filmmakers whose films he reviewed?”

That’s it in a popcorn kernel for me.