If the veganism is about more than virtue-signaling, there should be no fundamental issue with consuming synthetic milk created this way.

The question hinges on if you think yeast has a face.

What kind of monster would kill these cuties? 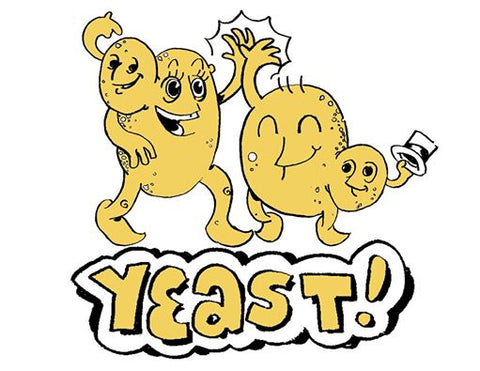 so once we achieve synthetic milk and the downstream dairy products, would they be considered vegan?

I’m confused. Why wouldn’t it be vegan?

Plants and fungi are living things and vegans seem to have no problem eating them.

Obviously yeast is a living thing. It is a fungus. If you can’t eat yeast, you also can’t eat mushrooms. I thought veganism is specifically about not eating animal products. Although, having qualms about eating any single-celled organism strikes me as missing the point.

I think it’s more a question of: is it the origin that matters or the chemical structure? If it is chemically indistinguishable from cow’s milk, is it not, in effect, the same as drinking cow’s milk?

ETA: The article is more focused on the technology aspect, so I think that the vegan angle is rhetorical.

This doesn’t seem to be an actual debate regarding the whole “animal product” aspect of veganism. Vegans happily eat leavened bread and drink beer (unless it’s one of those with shellfish or some other animal product added). Both of those use yeast to do some of the work.
Somewhere between honeybees and yeast there is a line. A sweet, umami line.

ETA: good point @Jesse13927 if people are vegan more for personal health reasons, they still might not want to drink this milk. But that doesn’t (to me) make it “not vegan,” per se. There are lots of things people don’t want to consume, for lots of valid reasons.

If it is chemically indistinguishable from cow’s milk, is it not, in effect, the same as drinking cow’s milk?

If you don’t drink milk because of its chemistry, you’re not vegan, you’re lactose intolerant.

I don’t pretend to understand, just reporting what I’ve heard. I probably missed some subtlety that makes it relevant.

I don’t do vegan, but it seems to me the issue would be the exploitation, suffering or whatever of the animals. The same issue arises with lab-grown meat, and the same debates ensue

Again, I really do think that it is meant rhetorically as a thought experiment.

I’ve had this thought experiment before. Some vegans avoid meat because of the cruelty to animals, so if one could artificially and responsibly create something like milk or a deliciously perfect steak would eating it be ok for this type of vegan?

My (non-vegan) understanding was that one strain of vegans do not want to use products that the animals that produce it cannot consent to, which is why no honey, as bees make it for themselves, and if you have to drug (semi asphixiate) them to get, that’s not really consent?

Yeast for the most part isn’t producing Co2 or alcohol for it’s benefit, those are waste prodcts, and yeast has a pretty short lifetime, so it isn’t like you’re slaughtering it when you bake bread, or your beer is fully fermented.

Plants and fungi are living things and vegans seem to have no problem eating them.

IIRC, Jains will not eat onions or garlic because it kills the entire plant (presumably leafy vegetables can be harvested in such a way that part of the plant remains alive & intact). Hence the use of hing powder.

I don’t know where yeast fits into that…

But I do wonder whether, even if it’s technically vegan, synthetic milk is still considered dairy according to kashrut or yetsom.

Actually remembered to read all the way down the comments before posting, and right here at the last one was the point I was going to make:

The group of people most likely to avoid (whenever possible) eating/harming/killing an organism like yeast are Jains, not vegans.

This would be an amazing product for the planet, milk with far less CO2 created, water used etc. Call it whatever you want, I’ll switch.