Italy’s Matteo Salvini is back on his racist bullshit again

That sounds familiar. We recently had a commenter here pushing that line (at least before his comments inevitably got wiped by the mods for defending victimisers).

The fallacious right-wing populist idea that liberals and progressives want or are duped into wanting open borders to perpetuate slave labour at the expense of hard-working (read: white) citizens is one that gains easy traction with a certain type of ignorant and entitled loser looking to blame anyone but himself for his shortcomings. As we see in this story about Salvini, it’s not too far a leap for nativist bigots to go from there to latching onto internal enemies:

I believe he used the term “infested” when describing the Roma who are living in Italy.

Always refreshing when reminded that the US of A does not have a corner on stupidity or xenophobia. Sorry about that, Italy.

Unfortunately that means it’s another country falling prey to the rising tide of fascism in the West (and they’re reinforcing each other), and not a country that can help counter that. I find that the opposite of refreshing, myself. Also, somewhat terrifying.

As refreshing as a poke in the eye with a sharp stick.

Just remember, Trump is our Silvio Berlusconi. Only worse. Italy is the model that we are now following.

Reaction was immediate. Luigi Di Maio — leader of the Five Star Movement, coalition partner of Mr. Salvini’s far-right League party — said that a census on an ethnic basis was not constitutional, so “we can’t do it.”

Luigi Di Maio can go fuck himself. He and his party knew who they were getting in bed with.

“… that Roma Politicians are all criminals, don’t pay taxes, and are a plague on a productive society.”

My God. Salvini, Italian Minister of the interior: “we need a mass purification. Street by street, quarter by quarter.” twitter.com/limportant_fr/…

He’s also just threatened to remove police protection from an Italian author. Roberto Saviano is under protection because he is believed to be a Mafia target. Salvini made his threat after Saviano made criticisms. 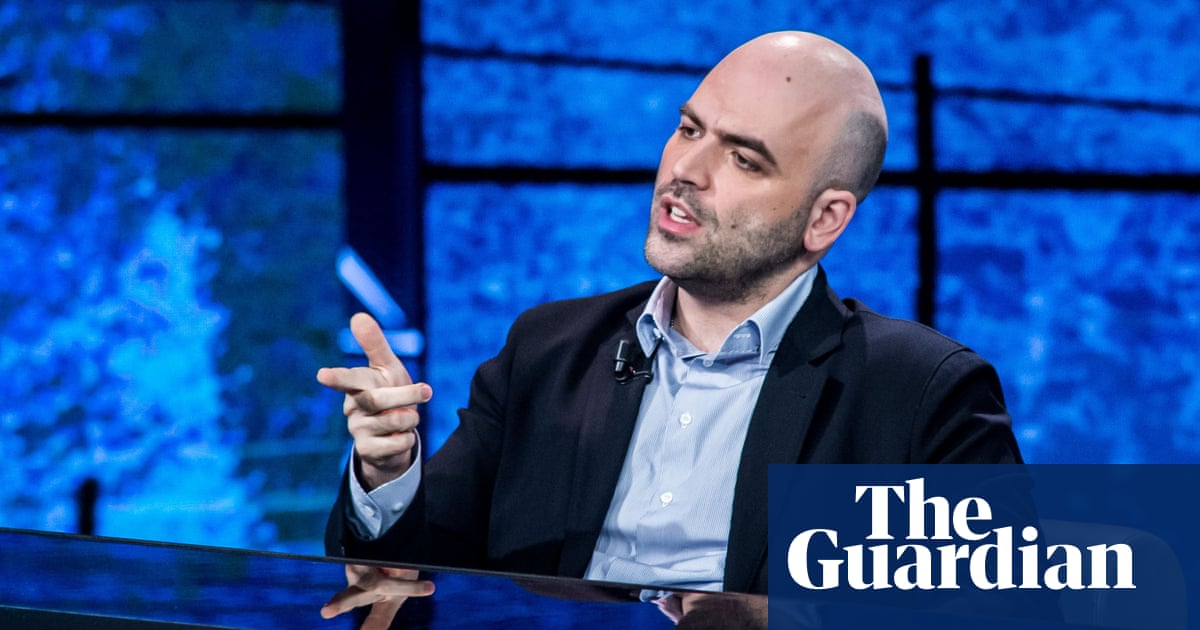 Roberto Saviano has escort to protect him from mafia, but has criticised interior minister

Politically it’s a dark time in the West, a new version of the Dirty Thirties where 20% of the population has been spared the worst effects of the Depression. Even in “last bastions” of liberal democracy we see right-wing populist thugs like AfD and Doug Ford gaining power.

It speaks badly of humans that the moment a catastrophe dies out of living memory about a third of them are happily willing to re-institute the conditions that caused it last time and another third are willing to stand idly by because “what’s the worst that can happen?”

It is up to the remaining third of us to hold the line. If we can’t we have to find ways to join together and protect ourselves from these predators.

I assume that not mentioning the USA in that list was pure oversight / or taken for granted.

It is a race to the bottom, so someone has to mark the finish line. Thank you, America!

We recently had a commenter here pushing that line (at least before his comments inevitably got wiped by the mods for defending victimisers).

At least three commenters (including me) had their post removed for no apparent reason other than expressing doubts, rather than a different (and when i say different i mean moderately different, not opposite) point of view.
I didn’t see any toxic comments, if there were, i missed them.

About this article well, i’d say there would be things to discuss about it, but it’s not worth doing just to be wiped out for not slavishly clinging to the allowed doctrine.
(to be clear i didn’t vote for Salvini, will never do it and i find the belly-driven comments of the people in the comment sections of the Italian online newspapers awful and discouraging)

I didn’t see any toxic comments, if there were, i missed them.

The person in question, who seems to have been banned, was using that fallacious line about liberals bringing in “slaves” and then using that to excuse the actions of victimisers. The mods and owners of this site have made it clear that victim-blaming is not ok, which means in turn that making excuses for perpetrators of abuse of those victims is also not ok.

It’s fine to speculate about why right-wing populism appeals to poorly educated or insecure or entitled people, but if the reasons given are self-serving right-wing BS conspiracy theories (“it’s the liberals|rootless cosmopolitans|NWO|gay agenda|feminists|etc.”) then they’re going to be flagged by the community and shut down by the mods.

Short version: the mods and owners and much of the site’s community believe that making excuses for the likes of Salvini and his supporters, especially when they’re based in BS, contributes in large part to their gaining power in the first place.

Also, to avoid going further off topic I’d suggest taking any specific complaints or disappointment in BB in this regard to the General Moderation Topic the mods have set up. They’re very willing to discuss their policies.

They backed EU referendum (“Swexit”) a few days ago.

Not that this is something to celebrate, but Laibach called this back in 2015:

So much for the EU.

Also, to avoid going further off topic I’d suggest taking any specific complaints or disappointment in BB in this regard to the General Moderation Topic the mods have set up. They’re very willing to discuss their policies.

I didn’t know the topic existed, good for the next time, thanks.