James Cameron's Avatar: The Way of Water will have to storm box office records to break even

Originally published at: James Cameron's Avatar: The Way of Water will have to storm box office records to break even | Boing Boing

Movie budgets are getting out of hand. Recently, auteurs such as Quentin Tarantino and Martin Scorsese have railed against Marvel films making it impossible for smaller films to compete.

Related, there’s a new financing structure being touted as a way to fund independent movie production. It involves blockchain, “smart contracts”, and a cryptocurrency token, so it strikes me as a suspect way to counter the blockbuster mentality of the studios. I’m sure there are better solutions that don’t involve Web3. 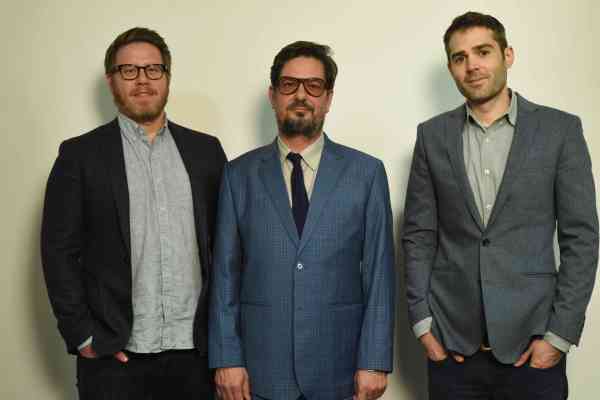 Hollywood Is Starting to Take Blockchain Tech Seriously, and the Coppolas Are...

Crypto leaders have long said blockchain has great potential in entertainment. Decentralized Pictures marks the most significant vote of confidence in that to date.

I’m sure there are better solutions that don’t involve Web3.

Note that their cryptocurrency is apparently only used to let people submit funding proposals and incentivise others to comment on these proposals. They’re not suggesting using the cryptocurrency to pay for the actual production of movies, which would obviously go down like a lead balloon as long as the many entities involved in producing movies will (sensibly) insist on being paid in hard US dollars.

Whether this scheme will actually accomplish anything remains to be seen. The Hollywood people presumably mean well but they have been talking to the cryptocurrency people for too long. This may be set up as a non-profit, but the folks at the cryptocurrency end of things are unlikely to contribute their time for free – so we may be witnessing not a setup for a direct rug pull but an instance of the fact that in a gold rush, the really profitable thing to do isn’t digging for gold, it is selling shovels to gold diggers. Now that the cryptocurrency scene itself is coming apart, the crypto bros need something to occupy their time.

Keeping in mind the corrupt studio money handling and contracts, that “break-even” point will probably still yield hundreds of millions of dollars to profit to the studio.

I mean, why else would they have produced it?

Wasn’t there a thing where movies were expensive in part because they were overcharged by contractors, but owned by the same people, so they could turn a profit without the movie reporting much profit? I wonder how much that applies here.

Edit: Oh, I see Dachshund_Lover beat me to it.

that “break-even” point will probably still yield hundreds of millions of dollars to profit to the studio.

Do Hollywood movies actually ever break even?

I don’t think that delayed means the same as “long awaited”? I find Avatar weirdly difficult to remember. I think it might be down to a forgettable and nonsensical script.

a forgettable and nonsensical script

ISTR that Avatar’s unofficial alternative title was Pocahontas in Space.

I would kind of like to see Pocahontas in Space, assuming the protagonist was played by a Native woman and based on the historical figure instead of John Smith’s version. Maybe she could be an outsider who brings peace to the fighting colonies of tech bros or something.

Cool! “Tech Bros” would make a great name from some marauders.

a forgettable and nonsensical script

ISTR that Avatar’s unofficial alternative title was Pocahontas in Space.

I’ve heard it called Dances with Wolves in Space, so similar. I mainly remember it seeming like sort of a hammy indictment of Bush’s war for oil, with the “Shock and Awe” campaign and pursuit of “unobtanium” or whatever. That said, I hope that Way of Water is a similar indictment of Trumpism just so the trolls who loved the first film but also love the GQP get all worked up.

I’ve heard it called Dances with Wolves in Space

In space nobody can hear you strip-mine?

@dnealy post about film? There’s going to be an unrelated MCU jab in there somewhere…

In space nobody can hear you strip-mine?

You’re on a roll today.

I find Avatar weirdly difficult to remember. I think it might be down to a forgettable and nonsensical script.

I really liked Avatar back when it came out, but it’s an unusual movie in just how completely it’s faded into insignificance for me - normally I can come back to something and see still why I liked it.

I have the feeling I’m not alone in this and the sequel just might be a megaflop.

I enjoy movies a great deal and liked Avatar. Honestly, if Avatar’s sequel becomes a massive failure or the greatest hit ever is of no concern to me and James Cameron’s movies are generally notorious for having gloom and doom attached to them.

When Titanic came out, there were whispers that it was the most embarrassing, terrible movie ever made and that it was going to bankrupt the studio, so they spread the risk among 2 or 3 studios.

they have been talking to the cryptocurrency people for too long.

Hollywood types get sudden enthusiasms for technology they don’t understand very well and which lead to nothing, because some Tech Bros have been hard selling them on the idea. I’m suddenly reminded of when Cameron first started (pre-production) work on the first Avatar, when he had this obsession with MMOs, and was talking about this grand vision of how he was going to work on an Avatar MMO and the movie at the same time, releasing the MMO first to establish the universe. Fast forward to about a year before the movie came out, and 20th Century Fox is asking the online games studio I was working for if maybe we wanted to make an Avatar MMO. I started reading these old interviews, wondering what the heck was going on.

Turns out that Cameron absolutely had not been working on an MMO, had little to no knowledge of what was required to make one, and his enthusiasm apparently came from talking to some network engineers who had left Google (or somewhere) and had set up an MMO tech company. (Unfortunately for them, they had little understanding of what was required to make an MMO either, so all they had a collection of half-baked tools that collectively fell wildly short of what was needed to make anything, even if they had worked - which they mostly didn’t.) Cameron had invested heavily in the company, and I’m not sure if he thought they were working independently on it, or if he had realized he couldn’t split his time between game and movie and gave up on the idea, but absolutely nothing had been done with the idea.

(In the end, no MMO was ever made, because a) given the late start, it would have come out several years after the movie at the earliest, b) as a result of Cameron’s investment, he was requiring use of that company’s MMO tech to make the game - and the tech didn’t work, and c) it turned out that Fox had accidentally sold all the game rights off when Ubisoft licensed Avatar for a single player game.)

I have vague recollections of various tech-based schemes being sold to Hollywood in the dot-com era that were supposed to specifically help indie film making that went nowhere. Ultimately it seems like a few Tech Bros make a few bucks, and that’s the only result.