If you love something…

(TBH, I’ve spent much of my life dreaming of the words “from Gundam Factory Yokohama“.)

Great! Finally a worthy opponent for the 40-foot King Kong robot from the 1976 movie. Someone dredge it up (it was last seen in Argentina, apparently)

I hope they timeshift the whole battle eventually with whatever it winds up fighting, 'cause that rate of moving makes me think it was crossed with an Ent: slow, plodding and talks… really… slow… ly…

And it’s made from five smaller robots?

They let it go free without its head?! This can only end badly.

I don’t understand the subject line for this post, considering that no actual “walking” has occurred yet. The description in the original Popular Mechanics article is about right:

In the video, you can observe workers touching up the robot on a crane as the giant Gundam picks up and puts down its legs and rotates its massive torso. From the looks of it, the only thing that’s missing at the moment is the head.

I do hope the best for the team of folks working on this, but I will be a little surprised if they ever do achieve anything resembling natural 2-legged walking at any kind of decent speed without requiring any supplemental supports or a safety crane. But good on them for not faking walking with that cheesy foot-shuffle motion that some people have used for battle mechs.

well, i guess there will be giant robot sentinels in my lifetime after all. fuck. i had really hoped to die before that happened.

Walk? That was more like stretching a leg. #disappointed #daycompletelyruined #waititwasalreadyruinedbecauseoftrumpandcovid

I don’t see this thing ever ‘walking’. It has a giant brace along the back which holds it up, this is not as it appears. The fancy plastic body panels were probably done first to entice the investors, work out the motors and gears later on.

I don’t see this thing ever ‘walking’. It has a giant brace along the back which holds it up, this is not as it appears.

I agree that this thing is unlikely to ever walk as advertised, and certainly isn’t supporting itself yet, but it appears that the designers are at least trying to figure out how to make it walk on two legs based on this video of a simulation they’re modeling: 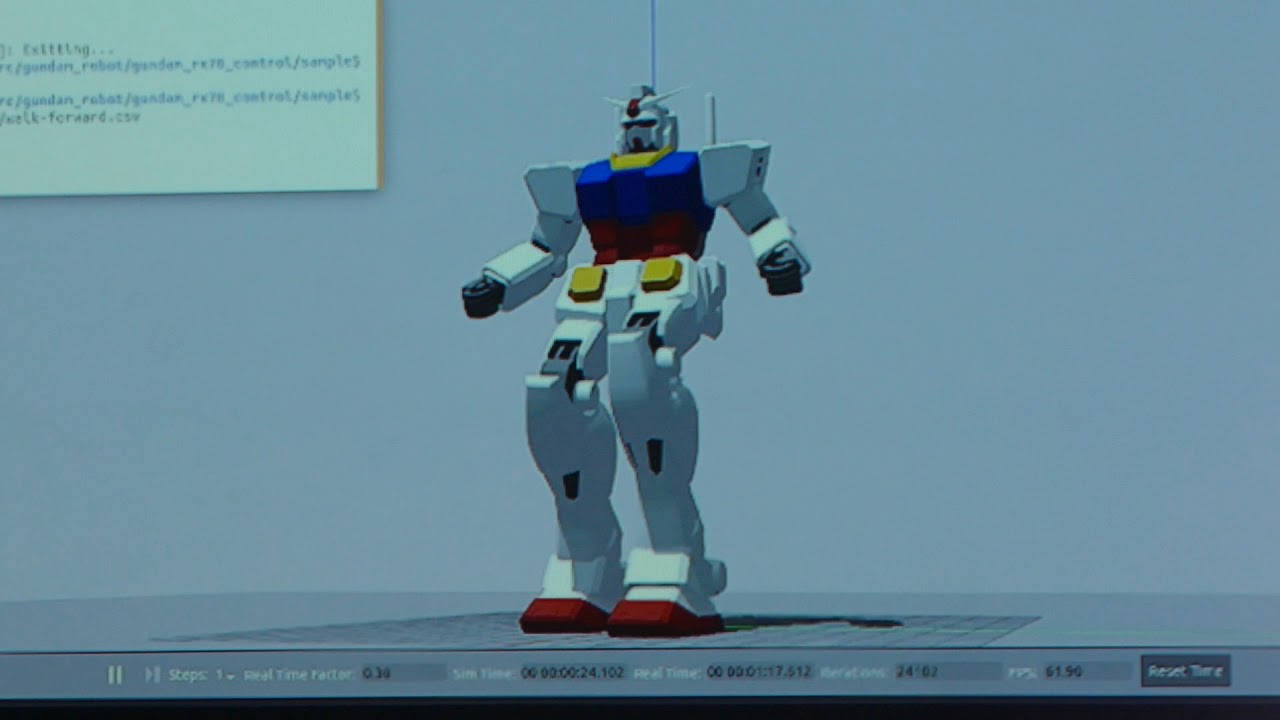 Of course, a simulation is not very useful without a whole lot of testing to validate it. If they were serious about getting this thing to walk they’d be doing a LOT more functional testing before worrying about installing all the cosmetic body panels and such.

Ah yes, when material science, physics, and fandom all crash into a puddle of disappointment and sadness.

Voltron fuck yeah! Do we have fancy materials like tritanium, damm it all to hell Jim.

More power to them, every one. I mean, that franchise has been around to long the guys in the crane were probably fans as kids. I cannot imagine the soul-exploding glee of their inner eleven-year-olds at being all grown up and finding themselves doing this.

(also, smash cut to a Boston Dynamics engineer picking up the phone, a few moments of listening with a puzzled expression before replying, “Of course it can scale up.” )

“that’s actually pretty lightweight, considering how heavy it could have been”

not exactly top shelf commentary. “It could have been solid depleted uranium, so we’re really ahead of the curve!”

@Otherbrother: That video is bizarre. Who does shaky zoom in and back out on a computer monitor? Why couldn’t they just export the video directly and upload it? Are they making a fake documentary or a “robot?”

Where the hell is his head? AMUROOOOOO!

I want that fancy gundam Deathscythe Hell complete with a teenage American pilot for that extra loud and proud 'murica! If we’re all going straight (or not, depending on your orientation & gender

) to Hell, might as well go with an appropriately themed weapon of mass destruction.

Of course this isn’t even the first giant Gundam figure that Japan’s built, there have been two others, one of the the titular mech from Mobile Suit Gundam Unicorn including that model’s nifty transformation feature: 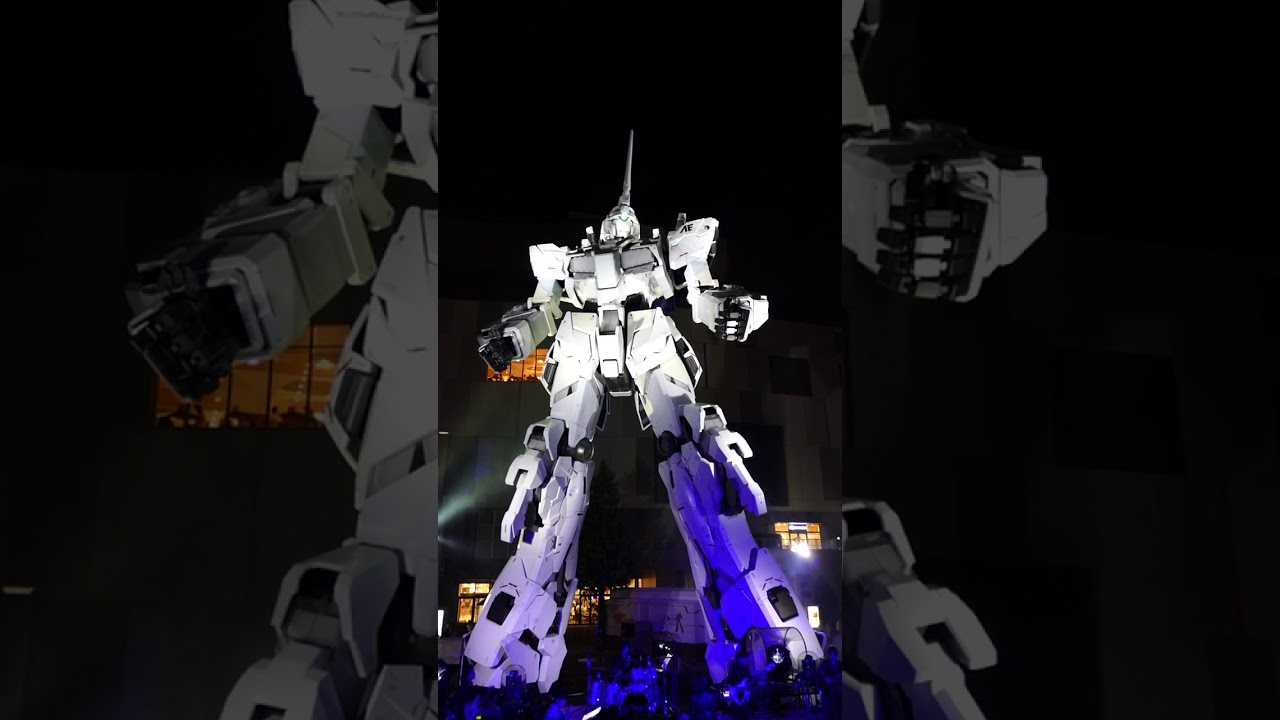 And then an earlier RX-78-2 (the one from the original series) that stood where the Unicorn currently stands (and in a few other places prior to that). That one didn’t do any transforming, but the head turned and had lights in the eyes and in other spots. 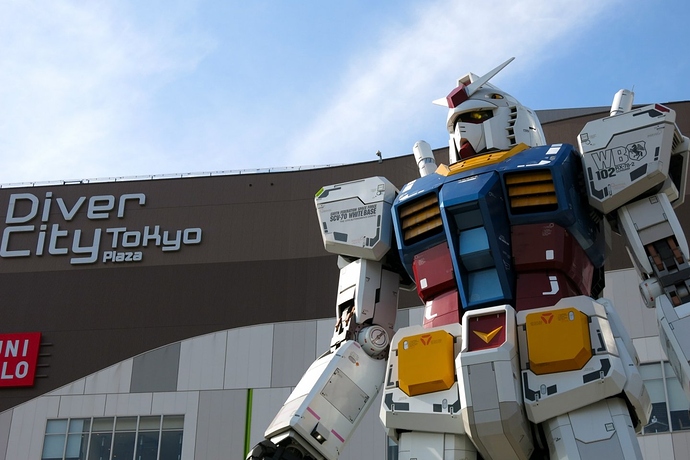 Similar cart before horse as these guys. Promise the moon, lure investors with shiny bling, worry about the underlying technology later.

Promobot created an Arnold Schwarzenegger robot — an animatronic head, really — and told journos they had permission from the actor and former California governor. They didn’t, Sc…