So when Trump claims he’s pro-LGBT rights this is what he means.

So THAT’S how Trump managed to carry the white women’s vote.

He just misunderstood what they were asking about SEX:
[M]any times
[F]ew times

“white’s only” would be my guess with how f’n racist this administration is.

It’d be interesting to see who actually received his vote.

So, for this to be newsworthy, quite a few people have presumably made guesses as to Kushner’s gender. Old habits die hard.

Of course if voting as a woman was unintentional, which seems to be the case with Kushner, it’s not considered voter fraud. It’s just sloppy and careless.

But if a poll worker accidentally records John Smith Jr. as voting under his dead father’s name then it’s OMG THE DEMOCRATS ARE AT IT AGAIN.

I’ll be almost disappointed if this doesn’t launch a bunch of “Jared is a secret trans man” or “Jared is a woman, Ivanka is a lesbian” conspiracies.

Yeah, there are already a bunch of (not-so-)secretly anti-Semitic right-wing groups and media outlets that already have it in for him. Just as soon as he steps over some line, I’m sure they’ll have tons of trash to throw at him.

And don’t forget an entire subgenre of “Kushner’s secret ballot” fanfic dedicated to speculating on exactly what sort of, um, voting across party lines goes in behind the voting booth curtains.

How Jared Kushner Is Dismantling a Family Empire

The somewhat allegorical tragedy about what happens when a small-town New Jersey scion tries to redeem his father’s reputation in a decade—and may set his family back generations as a result.

It obviously isn’t intentional; but his blow against dynastic wealth might be the most decent thing he has ever undertaken.

No! They are GOD FEARIN’ MURCANS! You can tell cause they’re white. /s

He also owns a building with the address “666.”

But he’s only kind of white, because he’s a “globalist.” 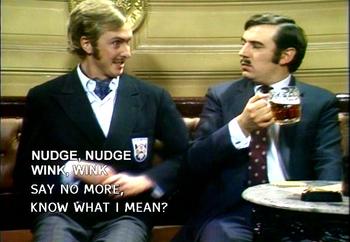 I find the style of that piece frankly unreadable, which is a bummer, as it appears to have a lot of facts in it. Too bad about the logorrhea.