making it harder to straight-facedly

You would think, but nope! They never break character.

So, which bathroom does Jared use?

Hey, it’s 2017. His gender identity is whatever he likes.

I’m cool with that. Asking for a republican friend.

This post makes it seem like @doctorow assumed Kushner’s gender. Exhibit A: Check out the pronouns Cory uses. I expected BoingBoing to be more progressive than this. #disappointed

I giggled, a lot.

The article doesn’t support the headline. The article says that Jared Kushner is recorded as a woman in the voter registration records. It doesn’t claim that he signed up as a woman. This error could’ve entered the system any number of ways.

it leaves the Republicans with a conundrum: either they insist that minor administrative errors on voter rolls are irrelevancies […] or insist that even minor errors are major infractions […]

Are you new to these parts? You think that’s the choice Republicans face? You left out their obvious solution: ignore this and all other embarrassing or uncomfortable facts.

You would think, but nope! They never break character. 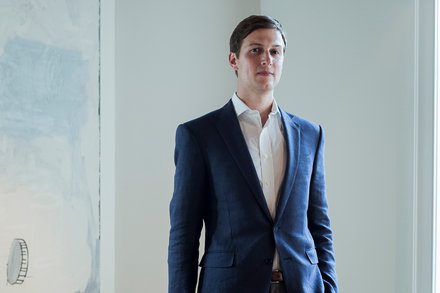 The president’s faith in his son-in-law is magical thinking.

Sure, but we’re also supposed to cynically suspect co-optation of our best intentions.

This post makes it seem like @doctorow assumed Kushner’s gender. Exhibit A: Check out the pronouns Cory uses.

The article doesn’t support the headline.

Its best to think of his posts as an extension of his fiction writing.

Given all the right-wing bs about Michelle Obama secretly being a man, I’ll be almost disappointed if this doesn’t launch a bunch of “Jared is a secret trans man” or “Jared is a woman, Ivanka is a lesbian” conspiracies.