Hot from the WTF? desk 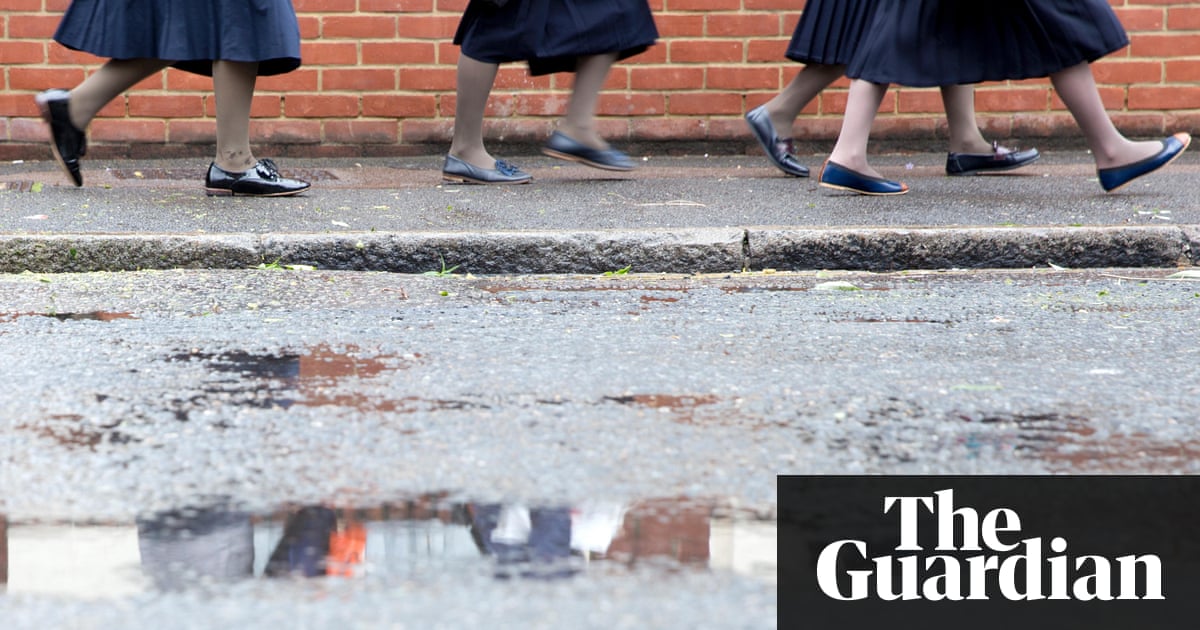 A letter issued by the group said that, from August, any child driven to school by their mother would be turned away at the school gates. The letter said the ban was based on the recommendations of Rabbi Yissachar Dov Rokeach, the Belzer spiritual leader in Israel.

It said that if a mother has no other choice but to drive her child to school – such as a medical reason – she should “submit a request to the special committee to this effect and the committee shall consider her request”.

Yet more proof that fundamentalists of any stripe have more in common with each other than with normal human society.

Didn’t you see the part of the report where:

Women rejected the characterisation, in media reports of the ban, that they were oppressed.

If the people who you think are being oppressed tell you they’re not being oppressed then they just aren’t. In fact the characterisation of oppression is itself oppressive. Ummm… stop telling people what freedom is… uh… you don’t understand… uhmmmmm… religion is freeing in other ways, it’s none of your business, the benefits outweigh the negatives, except there are no negatives, shut up you!

…oh yeah, it’s not as bad when compared to other religious orthodoxy, it’s an important tradition with well thought out reasoning, people are free to leave if they want… still feel like I’m missing something.

No doubt someone will come along and fill in the blanks.

Is there any organised religion that isn’t, ultimately, batshit crazy?

None of the members of the community spoken to by the Guardian were able to say specifically what in Jewish law would mean a ban on driving was desirable. “If you ask me why exactly there is a ban, I’m not sure,” Judith said. “But we trust the rabbis, who have been studying this for many, many years. The Jewish religion says we women are precious jewels, we are not subjugated and oppressed.”

I guess they’ve had Top Men working on it. Top. Men.

“So my wife doesn’t want to drive. This isn’t Saudi Arabia, no one’s going to be punished, or whipped or whatever, or even ostracised.”

Not even ostracised! How nice.

Just thought of as immodest and rebellious in an insular, segregated community. That won’t have any negative effects, surely.

Wow, Abrahamic Monotheists of a certain degree of enthusiasm being dicks to women?

I guess they’ve had Top Men working on it. Top. Men.

Arguably, rabbinical commentary might well be the longest historically continuous tradition of mansplaining in human history… There are many others; but the older ones tend to be extinct, and the newer ones are, of course, of lesser duration.

Not even ostracised! How nice

They’ll only be inconvenienced, and possibly reprimanded or humiliated.

any child driven to school by their mother would be turned away at the school gates.

It is a medical fact that Orthodox Jewish men are highly susceptible to cooties. This is not any slight against women but a form of quarantine to protect the men from this health menace! A boys soccer team from an Islamic private high school refused to finish a game because two females were on the opposing team.

Whilst losing a football match, at half time, Muslim, all-boys soccer team refuses to continue to play a team with two girls on it. They eventually lose the match after the girls decide to sit out so the match can continue.

“Free mixing is generally something we do not do, more so out of respect than anything."

And here I expected the reason to be that parents who drop off their kids instead of letting them take the bus clog up the streets and parking lot at the start of the school day.

One of my girls was on the “boys” baseball team in middle school because the school didn’t have enough willing participants to have two teams. The league they played in included a number of religious (Christian) schools. Every time she came up to bat against those schools, the pitcher would hit her with the ball and she’d have to walk to first base. After a while, you start to notice the pattern.

Cowards and weaklings. Weaklings and cowards.

Every time she came up to bat against those schools, the pitcher would hit her with the ball and she’d have to walk to first base.

Is the batsman walking to first base the only penalty for that kind of deliberate foul? (Curious — never played baseball).

Is the batsman walking to first base the only penalty for that kind of deliberate foul? (Curious — never played baseball).

I think you get ejected from the game for doing it repeatedly/deliberately:

The following is excerpted from Dock Ellis in the Country of Baseball, by Donald Hall. It is reprinted here with the author's permission.

The programme, known as Brit – Building Resilience Through Integration & Trust

This topic was automatically closed after 631 days. New replies are no longer allowed.