JFK vs. NIXON vs. TRUMP

I’m starting to think you people don’t like Trump very much, which is odd, because everybody loves Trump*. You must be the Losers he talks about. Mexican or Muslin too, probably, afraid you won’t be allowed in to America for raping or terroristing, respectively.

I’m starting to think they don’t like Blog View very much. Why are they cropping 16:9 videos into a square frame? I can’t even get to the video controls in the bottom right corner to open into another tab.

I get the joke you’re trying to make, but that’s not what I’m talking about. All youtube videos have the right half of the view cropped off in blog view.

It really is amazing how the dialogue has shifted, the tone and rhetoric shifted to what Trump brings to the table and those that support him who grew up in the time of Kennedy and Nixon seem to forget what a president looked like. 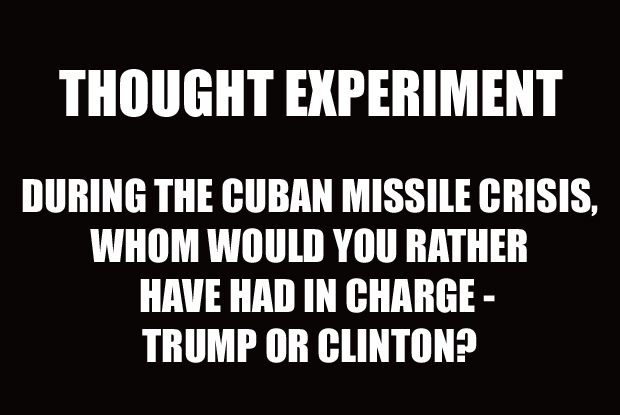 I’d like to believe that Kennedy would just stand up and punch the shit out of Trump. Nixon would just masterbate in Trumps direction.

There’s nobody reading this who would say Trump, except maybe a couple trolls.

“If the president does it [sexually assaults people] then it’s not illegal.”

Actually, I was thinking more like Flannel- or Linen-Mexican losers.

Exactly what I was thinking. Even Nixon comes off as measured, sane, and Presidential next to Trump.