This is definitely the kind of thing Trump would say after spending an afternoon hanging out with Kissinger.

Subtlety, thy name is Trump.

As a very active President with lots of things happening, it is not possible for my surrogates to stand at podium with perfect accuracy!....

...Maybe the best thing to do would be to cancel all future "press briefings" and hand out written responses for the sake of accuracy???

Clearly Trump is worried about something he said, and is hoping Comey will rethink everything they discussed and wonder if he himself said something he shouldn’t have. This is somewhere between Russian Roulette and a Mexican Standoff.

By my count there were at least four different scandals during Obama’s Presidency that the GOP called “worse than Watergate.”

This is somewhere between Russian Roulette and a Mexican Standoff.

Except Trump is holding two guns, and they’re both pointed at his feet. 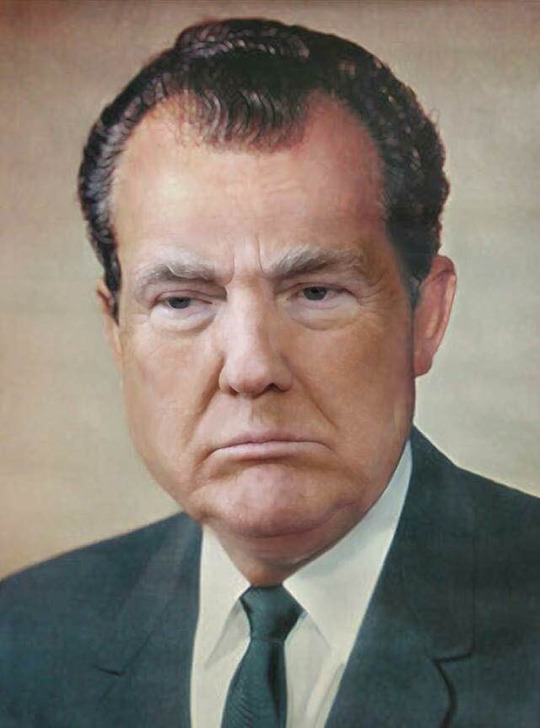 The formulation clearly implies Trump has done this sort of thing before, which is likely indicative of how Trump does business: aggression, blackmail, subterfuge, and breaking the law. Real estate is a sordid business, and Trump is an exaggerated caricature of realtors. He must be really deep in shit on Russia to get that defensive. 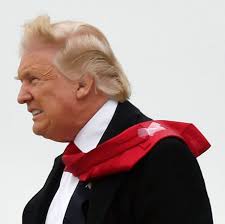 Comey’s best response would be “Speaking of tapes: Pee-Pee Tape!”

However dense and confused he is on other issues surrounding this growing scandal, he must be aware that his company started borrowing “bigly” from Russian banks after reputable and stable Western ones stopped lending him money for his scams. Whether he truly grasps how Putin could take advantage of that situation to get Manafort, Page, Flynn, etc. into his campaign and administration is another matter.

Now if we can only get him to tweet the phrase, “I am not a crook,” my day will be complete.

This is really looking more and more like a Nixon speedrun, only with 300% extra stupidity and incompetence.

I really don’t read it as implying that Trump has tapes, just that some part of the modern surveillance state might. At a deeper level, only in Trumps imagination could a recording of a conversation with him in it could come out making the other person sound worse than trump.

He is so far past Nixon by now, I think the US might happily re-elect Nixon at this point.

The depressing thing about Nixon comparisons…Nixon got reelected.

That deserves to be spread far and wide. It’s perfect.

I read the tweet the other way: That Trump is warning Comey that he’d better not leak any tapes of their conversations.

Here’s the thing: everything in the Oval Office is recorded. This has been true for many administrations now. And the head of the FBI would know that.

It’s one more example of how little Trump understands about how things are done.