John Bolton has always been at war with Iran, soon America will be too

Anyone else getting Iraq déjà vu?

Our Sons & Daughters will fight yet another useless TGOP War, American citizens pay with their blood while the likes of Halliburton / Wall Street / 1% etc. etc. roll in the cash made off of the deaths of our children.

Bolton seems awfully eager to get into Iran - maybe he dropped his keys there and wants them back.

The only people to remotely benefit from a conflict are the Iranian government.

Iran is not the haven for mobile warfare that the mostly flat Iraq was. Besides incompetence, there is a reason why the largely mechanized Iraqi army never penetrated particularly deep into Iran during its conflict with them. Mostly terrain unsuitable for it.

Even air strikes will do little to nothing more than strengthen the wildly unpopular regime by putting the country into a siege mentality.

Added to that is the fact that the military largely hates Trump. I see them trying to stonewall any definitive preparations for conflict possibly for 2 years or so.

The only people to remotely benefit from a conflict are the Iranian government.

Oh no, you are very mistaken. If this gets spun properly, Il Douche can rally “Patriotic, Right Thinking Americans” to his side in war-time footing just in time for the 2020 election. And yes, I think he is exactly that conniving.

It’s unclear to me why the GOP is so pro Saudi and anti Iran. I mean I’m mostly being lazy and I’m sure there are dozens of foreign policy books about just that. Just that on its own it seems weird. I know a lot more about Bolton’s determination to start some shit with N. Korea by demanding un-meetable expectations on talks (and making uninformed statements about “bloody nose attacks”).

You sissies don’t get it–this is their chance to do it right. Bolton and people like him need to show everyone that if we’d only really committed in Iraq instead of only spending a trillion dollars and killing a million people, it would have worked and a thousand flowers of liberal democracy would have sprung forth.

Now’s the time to prove we can remake the Middle East to our liking if we just try hard enough. 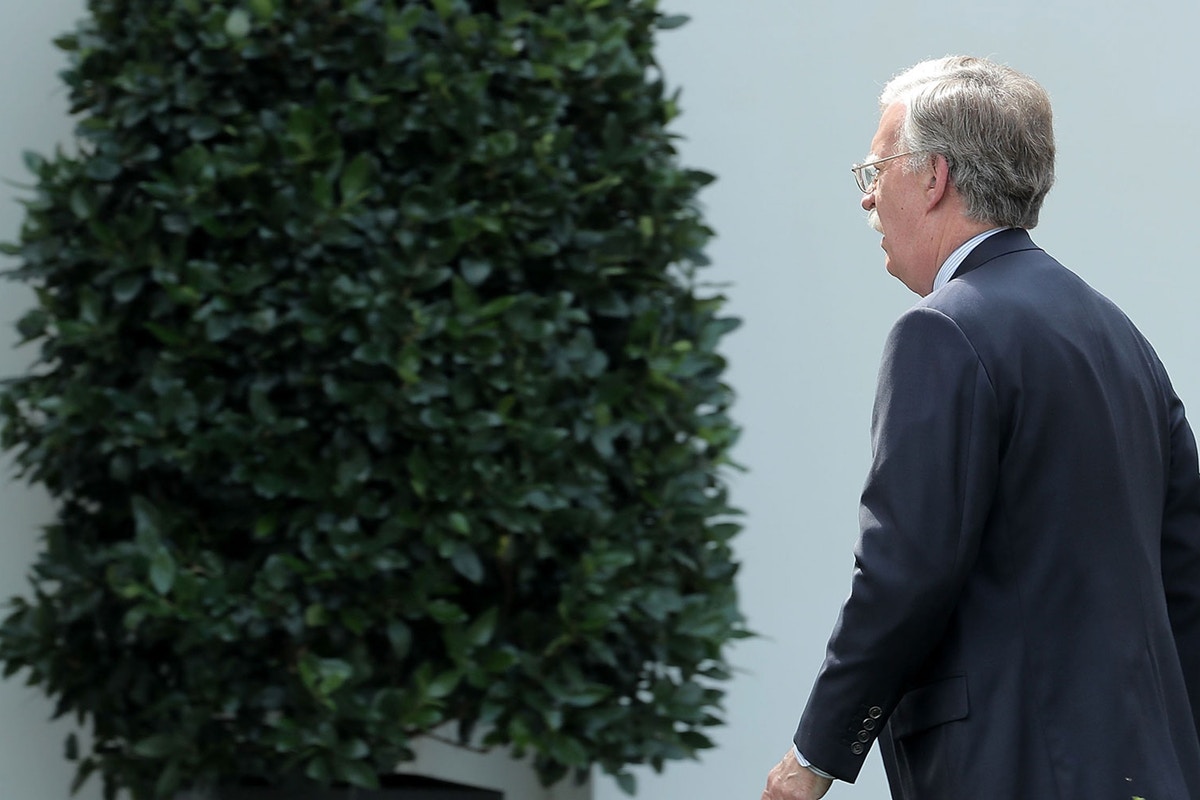 “We Know Where Your Kids Live”: How John Bolton Once Threatened an...

“John Bolton is a bully,” said José Bustani, a retired Brazilian diplomat. “I don’t know how people can work for him.”

From everything I’ve read, if you are an American and you visit Tehran, the Iranian people are open and welcoming and want better relations with the US and Europe.

A war will ruin that goodwill very quickly.

This. It’s wag the dog time, he knows he’s in trouble politically. He’s definitely considering launching a war thinking he can either A) get a quick victory and show how tough he is, while consequently “resolving” the Iran situation that’s been a thorn in GOP heals since Reagan; or B) be able to say “only unpatriotic people would shit on me right now when we’re at war!”

Plus Bolton’s gotta Bolton. He gets a chubby thinking about going into Iran and paying them back for kicking us out after we assassinated their democratically elected president in the 1950’s and installed the Shah so we could keep access to all that gooey oil.

Something something ‘short victorious war’.

Exactly what I suspect, and I know enough people that whatever qualms they have about Trump now, they’ll fall in line for a crusade war with Iran.

Nearly 20 years of war have made recruitment a tough sell in general. Enlistment at this point automatically means being sent to Afghanistan, where we are slowly losing.

The boots on the ground simply not only won’t be there but can’t be built very quickly. So you are left with just letting some bombs fly every now and then. Useless crap that doesn’t help anyone but Iran.

Saudi Arabia has been an ally since the Cold War and Iran has been hostile to the US since 1979. Iran is actually the more reliable nation to deal with. Iran prefers conventional military forces as proxies opposed to irregular terrorist cells like Al Queda.

Remember how Bolton pretended to be all chummy with the Starks until he saw his opportunity? Fool me once…

Which Starks: Tony or Howard?

Our Sons & Daughters will fight yet another useless TGOP War

… unless you visit your physician and get him or her to sign a “get out of war free” card certifying your son or daughter has bone spurs, right?

It’s unclear to me why the GOP is so pro Saudi and anti Iran.

Well, the answer used to be “oil”. Not so sure today. But the Saudi religious bigotry is a tad closer to the GOP’s than the Iranian variety.

I picture most of the Joint Chiefs of Staff dragging their heels saying, “Mr. President we can’t do that at the moment”. They don’t really seem to be particularly supportive of Trump.

Depends on what the job actually is, though, doesn’t it? We’ve got more than enough ability to go in and smash all their conventional forces to bits, destroy their communication and electrical infrastructure, and kill as many people as we want. But then what? We sure as hell don’t have the ability or coalition to rebuild the country or deal with the tens of thousands of folks who will make up the militias and irregular forces that will chew away at our occupation troops, but by that time Bolton et al will be skipping away into the sunset patting each other on the back about how history will judge them heroes.