Join the March Madness brackets for the Best Superhero Movie

Man there’s a lot of terrible movies on there. My pick for the best is Spiderverse

The Crow wins. Hands down.

Into the Spiderverse a close second.

If I have to do the Final 4 it would be:
Guardians of the Galaxy
The Crow
Into the Spiderverse (edging out Deadpool)
The Dark Knight

-10 points for not including The Shadow on the independent side.

No Howard the Duck?

Not like it would win, but it’s not so bad that it should be automatically disqualified…

Exactly - and they could have used that slot for The Shadow.

Ghost Rider could also easily get axed from the list

Howard the Duck is a comic book movie, but I’m not sure it counts as a superhero movie. Even in his own comic I don’t think Howard is exactly classified as a superhero.

Yeah, that makes sense, though I feel like some of the others don’t strictly qualify, for various reasons, as superheroes as well (Flash Gordon, Dredd, Joker).

I just ran through this with a group of teenagers. There was a lot of recency bias, and I had to explain a few movies to them (I’d really like them to see Darkman!). That said, Avengers: Endgame took the ship: 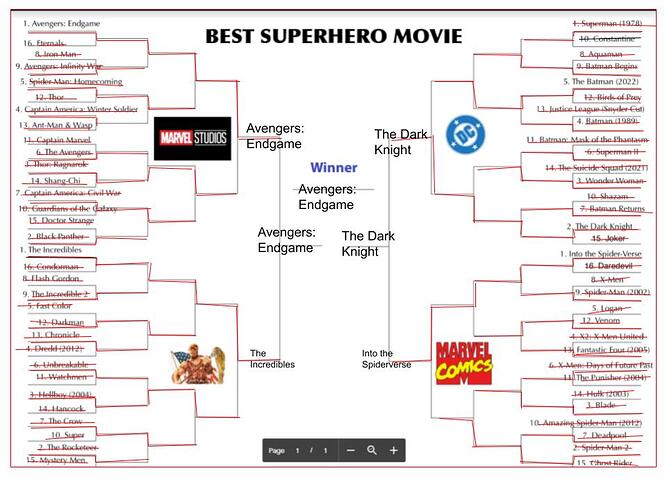 Superman 2. The best superhero movie made before digital effects.

General Zod and co are such good villains they have been permanently part of Superman canon for the last 40+ years in various types. Christopher Reeve was always great at balancing goofy and heroic.

Who doesn’t get a little tingle when Reeve says, “General, care to step outside?”

Agreed; out of all the comic book movies ever made, that is the one which most feels and looks like a moving graphic novel.

Same is probably true for Tank Girl, though she’s certainly a superhero to me.

To me experiencing Spiderverse for the first time was unlike anything i had seen before. Other superhero movies i also love did not get as much pure joy out of me like this one did. The visuals are great but the sound design and soundtrack are also fantastic.

I guess that he was busy. I hear he likes to fight around, so that makes sense…

Avengers edged out Endgame for me…Endgame lost points because

Top spot…depends on what you’re in the mood for

Bah. I wish they had made a Static Shock movie… 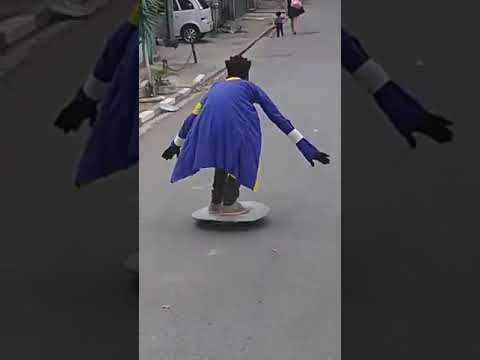