Kermit the Frog in everything

Originally published at: Kermit the Frog in everything | Boing Boing

Every single one of those (at least those unobscured by glasses) had circular pupils, which just look wrong on Kermit. 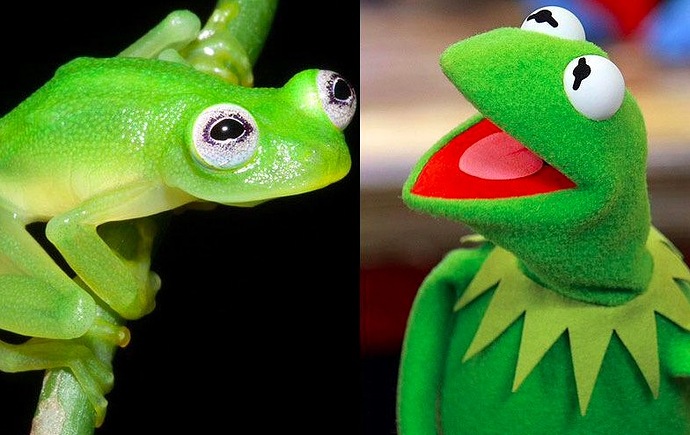 Yeh, I’m not sure if the likelihood of those images would change much if you omitted the word “kermit”. There’s a lot of talk in the AI community about the ability of DALL-E models to reason: many of these seem to just be combining concepts “frog” “insert movie title still” rather than doing reasoning about Kermit in these situations. Still impressive, considering where we were 5 years ago, but not quite what I think the OP wants to demonstrate.

Seems like a bleak future for illustrators. I can’t help but think that the technology would discourage people from learning how to draw and paint.

DALL•E obviously knows little about Kermit other than that he’s a frog. Still, an impressive collection.

I’m fascinated by the selection and variation of skin textures that were used. And the Willy Wonka one, how it knew to pick/construct a particularly grotesque frog with a bizarre nose and over-painted eyes…

It could be worse than that actually: it could just be ignoring “Kermit” entirely.

Less than you might think, at least for now. If you have only a vague idea of what you’re going for, AI creates very impressive results. But art directing AI to match a particular goal is still an exercise in frustration. AI image generation is more of a threat to stock image services than illustrators.

After all the makeup, prosthetics, and CGI, of course it doesn’t resemble the real life Kermit.