McCarthy makes the classic dumb person’s mistake of assuming that everyone else is dumber than he is.

seems to suffer from synaesthesia as well. it must be very distracting

Memory loss seems to be cutting a swathe through the Republican party right now. Do you think it’s Long COVID?

Of course, Patient Zero was probably Reagan, so it’s clearly been going around for a while. Lately, though, it’s reached epidemic proportions. We may need to start isolating sufferers if we don’t want it to spread further.

We should “encourage” all the Republicans that have stated they are having difficulty remembering to take time away from Congress to get the help they need for their severe memory related issues. Their health matters more than doing whatever it is they do in Congress.

Contrary to the accepted science, this makes the strongest case yet for microwave brain damage from phones.

Their health matters more than doing whatever it is they do in Congress.

Mostly vote “no.” With these cognitive lapses, though, they might accidentally vote “yes,” which thought should frighten them enough to seek treatment STAT.

Maybe he drinks too much Mt Dew?

The Nixon 18.5 minutes might have been an early form that later jumped to humans.

Reagan had Alzheimer’s and likely provided truthful testimony to Congress. McCarthy’s a seditious dickweed trying to cover his ass so he doesn’t have to go to jail for the rest of his life. 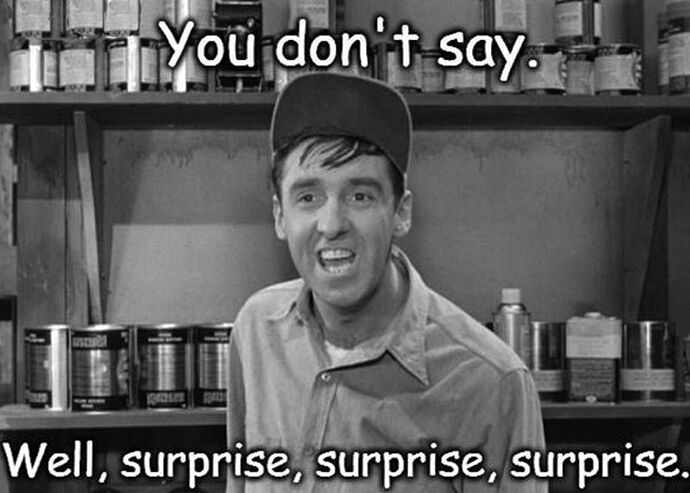 though reagan could have improved his “i do not recall” response by admitting, “but yeah, that totally sounds like me.”

“oo oo House Minority Leader! Since you’ve been suffering significant memory loss… er ‘gaps’ you’ll of course be taking a medical leave rather than place your important duties at risk; and when will that time off commence?” “uhm… I forget …that too.”

mccarthy: who IS this cassidy hutchinson everyone is talking about?

To Kevin McCarthy I give the obligatory: “So go home. We love you. You’re very special.”

Given his self admitted cognitive decline- perhaps it’s time to retire?