Is there a reason the Girl Genius has a couple of flesh colored bowling balls stuffed down her dress? Or is this drawn by a man who has never seen actual human breasts?

I did correctly identify them as breasts, but was confused about the apparent scale mismatch between them and the rest of the universe. Perhaps the drawing is meant to simulate a very wide angle lens, and because they’re closer to the front, they look much bigger than they would otherwise?

Agatha Heterodyne is a genius, who can build a time-machine from radio parts and two Alka-Seltzers. Those aren’t breasts, those are brain extensions.

That said: Did you ever see a human being with such huge eyes?

It’s obviously an artistic choice, though it’s less pronounced in the comic itself.

I also only popped in here to comment on the ridiculous boobage. I’d strongly recommend a rethink.

I was going to make a similar comment, but then I actually watched the video and read a few of the comics. I’m leaning toward “it’s an artistic choice made by the creators, who are cool with it. They’re not trying to place the character’s looks above her brains.” While I think there is too much messaging out there that smart girls need to be attractive in order to be taken seriously, I don’t think the Girl Genius character can be divorced from the context of action/adventure/sci. fi. comic books in which the heroes, male or female, are always of fantastic proportions.

Kickstarter paid for her implants, but since she’s a cartoon they were pretty cheap.

Anatomically feasible would be such a nice change…

I’ve been reading it since the beginning - when they added color, a friend of mine was the colorist.

My complaint is that for all the claims of “Science!” and “mad science”, they never show any science. Plenty of mad engineering and biology projects, but not experiments.

I know it’s fantasy, but if they’re going to keep using the word “science”, perhaps they could occasionally show an experiment. A theory being tested. A control being used.

Come on guys – the boobs are like an inverse TARDIS thing: larger on the outside than the inside.

All is well in the universe.

My complaint is that for all the claims of “Science!” and “mad science”, they never show any science. Plenty of mad engineering and biology projects, but not experiments.

My daughter is in elementary school, and I’ve helped with a few science fair projects. Honestly, the judges of those competitions don’t understand what science is, giving much higher marks to polished science demonstrations than a real experiment which might be a little more crudely constructed or implemented.

(I’ve played hard-ball with my daughter, encouraging her to do real experiments to learn things, and I’ve noticed that her marks are pretty much correlated to polish and “having all the boxes checked” rather than actually doing science.)

Not going to a lie, I’m a little disappointed in BB for plastering up a such a ridiculous caricature of woman, supposedly justified by calling her a genius and it being loosely related to science. After all of the good reporting on this site about how we are creating unrealistic expectations for girls (a few links below) and trying to encourage them to seek out science, math, etc… this is just really low.

How "idealization" of women in comics differs from idealization of male...

As the job market continues to squeeze out experienced people and working conditions become more abusive, a big bouncy Jennifer Love Hewitt rack is definitely a career multiplier, especially in the sciences, which otherwise tend to be a sausage fest. We’ve slid back to a Mad Men world that requires a tolerance for sexual harassment or simply sleeping with the boss. In polite society, there is often a marriage (however brief) involved.

Well at least she can quit waitressing 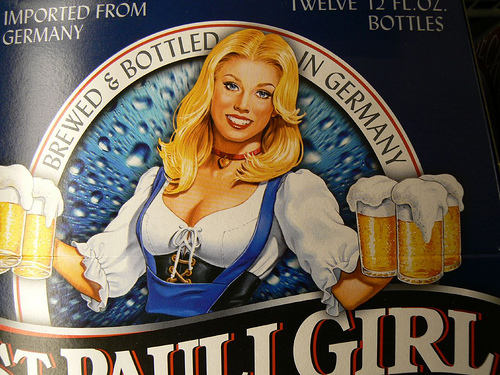 And then there’s underwear advertising: 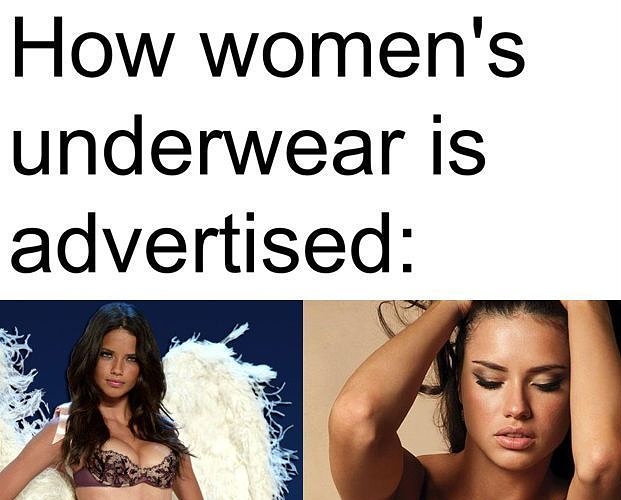 I think the men have more to complain about there.

That is an entirely different stereotype. St. Pauli is in Hamburg. No Dirndls and/or Maßkrüge (the beer pitchers) there. Hamburg is the polar opposite of Bavaria. It’s pandering to the Germany=Bavaria=Oktoberfest stereotype. 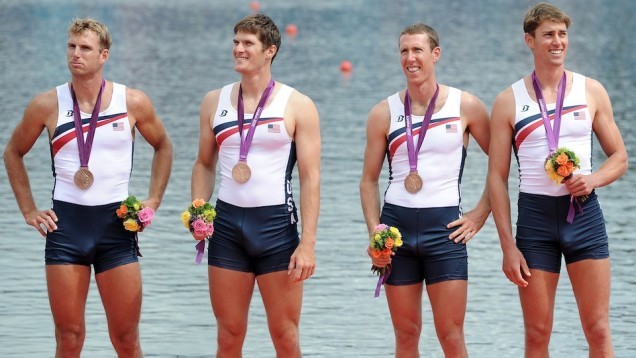 The one thing on that picture that disturbs me the most isn’t the boobs, it’s the hands. All I can think of is Lana’s man hands from Archer.

Normally I’d be right with you on this, but this time I’m going to have to say “read the comic before you judge.”

Phil and Kaja Foglio (the husband-and-wife team who create Girl Genius) like drawing scantily-clad attractive people. They are refreshingly egalitarian about this. In the comic, the two men who are smitten by Agatha’s genius have spent most of the last three volumes or so running around with no shirts on for various reasons. It’s starting to look like a harem anime in reverse. A major supporting character (Maxim) exists because Phil drew a sexy-bishounen Jägermonster (like an orc, kinda sorta) as a joke, and Kaja liked him so much she insisted on putting him in the story.

On top of that, the story arc is basically about a teenage girl rising from humble origins to become a one-woman continental superpower by native genius and force of will, and while she’s not disinterested in romance, she makes it abundantly clear that she’s only interested in a man who can accept her as an equal, not a pawn or a trophy. Her suitors are both powerful men who started out wanting to rescue and protect her and wound up struggling just to keep up.

Bottom line, there is nothing inherently wrong with putting sexy ladies in a comic if it’s done in a balanced and respectful way. There’s not a lot of comics that pull that off, but Girl Genius is one of them.