Knife use workshops for kids

I’m a little bummed that the picture shows a nice pocketknife, but the kids are apparently sent home with fixed knives. Pocketknives are incredibly useful tools and I want more kids to carry them (responsibly) to push back against the tide of panicky fretful parents who go “OMG, your kid has a WEAPON! ARREST HIM!”, that are trying to push them out of society.

Every time I see someone sawing away at something with their keys I just shake my head.

I have a miniature Swiss army knife on my keychain. It is incredibly useful.

Cory, what is your everyday carry?

Will this text be covered? http://i.imgur.com/WIX0x.jpg

Don’t do what Donny Don’t does.

I remember getting knife training as a kid, from my grandpa. Because of him, I’ve carried around a pocketknife in my right front pocket for over 30 years. The first one I had, he built himself for me (which tells you a lot about him). I still have it, in all it’s rough beauty.

I use it so often that I have that vague, uneasy feeling of forgetting something when I have to pack it when I travel. I don’t know what I’d do without my handy set of tools with me all the time - I use it daily, usually multiple times.

I also remember my Totin’ Chip training in the BSA on woodland tools. Pretty sure we did some buck knife training there too.

Anyone know what knife that is in the image?

As a boy scout in the early 90s we had to pass a knife and axe test before being allowed near anything sharp, but the lessons I learned then are still with me.
Scouts these days just aren’t allowed to use a knife at all, which means they aren’t learning to use them responsibly.

For passing the test I was allowed to get a pocket knife. While most of the other boys in the troop had swiss army knives, I chose an Opinel knife which is still on my desk in front of me. In fact I used it to open a package about an hour ago

As did I - until the TSA intervened.

We have lost our collective way.

OK - kind of hard to have a conversation when a reply just falls to the bottom of the list.

I was replying to say that I used to have a small swiss army knife on my keychain, until the TSA decided it was a deadly weapon with its 1" blade.

On a related (absurd) note, when I was in Melbourne a couple of years ago, the cops were searching everyone getting off commuter trains in the morning and ticketing and charging middle-class business people with small swiss army knives in their backpacks / briefcases.

I guess the Victoria police have learned from their British counterparts that it is much easier and safer to charge and fine middle class working people than it is to identify and confront real dangerous criminals who might fight back or not pay their fines.

I consider fixed blades to be safer then folding blades. I think it’s easier to cut oneself during the folding back the knife process, the tension/spring snaps back into shaft where part of your finger is…ouch. Whereas a fixed blade, you and the people around you are more likely to be attentive to where you’re holding and waving that thing.

They should open this to adults too.

What do they teach in these workshops? That you shouldn’t cut towards your body, don’t bend the knife, keep it sharp, don’t get stabby, don’t put salt in your eyes, …?

Fixed blades require a sheath though, which means you’re clipping it on your belt–assuming you wear a belt. I hate having stuff hang off of my waist because they tend to snag on things and get banged up a lot more, so fixed blades are a nonstarter.

For what its worth, I’ve never closed the knife on my fingers.

It sounded like an hour of knife safety/maintenance (sharpening, oiling, etc…) followed by a few hours of whittling.

That’s pretty much what my boy scout training was. How to not cut yourself or anyone else, how to sharpen the knife, and then a whole bunch of whittling and terrible carved art projects for my mom.

It’s some Smith & Wesson branded folder with a compass in the stock and this thing which tells time. You might be able to find it on this page or this page if it’s still in production. There’s a lot of tactical BS to wade through these days. 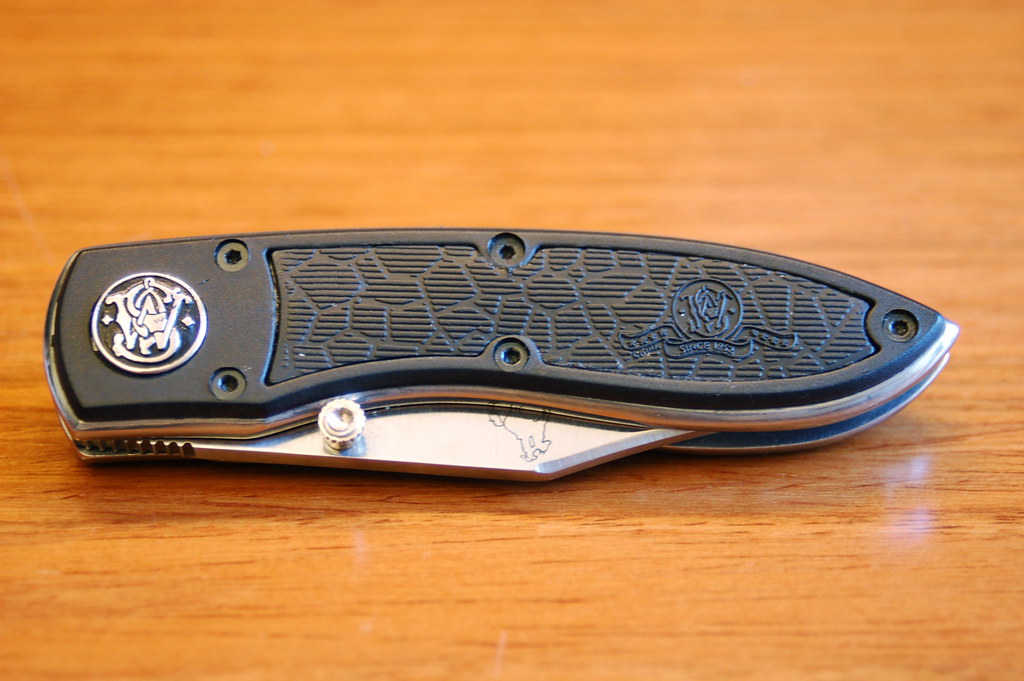 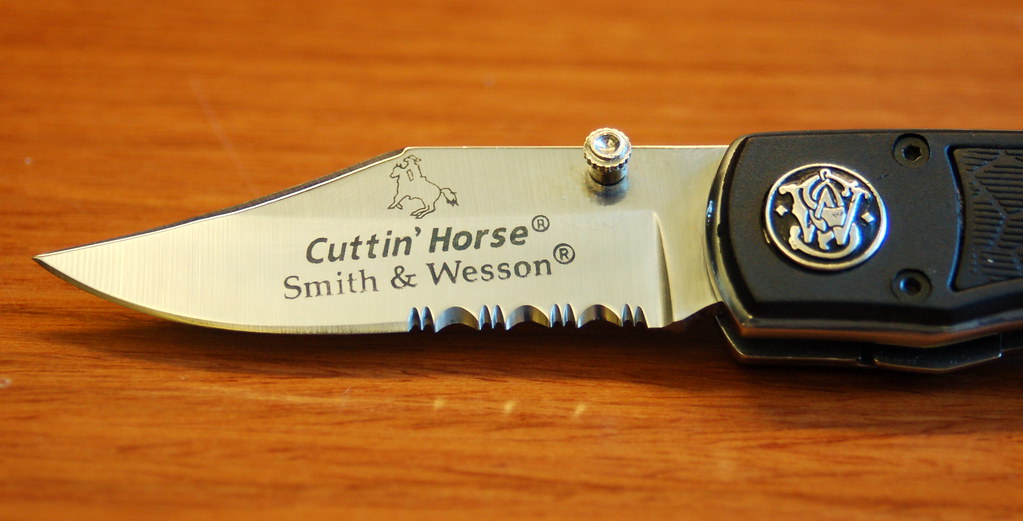 I second the use of Swiss Army knives and Opinels mentioned elsewhere on this page.

Don’t do what Donny Don’t does!

EDIT: @Heckubus beat me to the punch, but I still like the slingshot image… that’s the sort of thing I probably would have done at that age if I’d had a slingshot.

Reminds me of hte bit from Hogfather:
“You can’t giver her a sword!”
IT’S EDUCATIONAL
“She could cut herself!”
THAT WOULD BE AN IMPORTANT LESSON

I dread the day knife-carrying becomes frowned upon in the U.S. I use a folding utility knife and I constantly have people asking to borrow it because they don’t carry their own knife. While it’s endlessly useful, I (psychologically) wouldn’t be able to drive without it. The thought of getting stuck in a safety belt without a knife handy would put me pretty close to an end of driving.