While I disagree with what’s happening in the included gif (an officer beating a suspect when suspect is already on the ground), it is refreshing to see them using a stick instead of shooting the suspect full of holes.

That’s Rodney King on the ground. His beating and the acquittal of the officers involved prompted the LA riots. Ah, the good old days, when police used sticks and riots would break out when the perpetrators went unpunished. The un-halcyon days of yore.

“Even if an officer was racist, he said, it’s nearly impossible to prove whether he or she stopped someone because of that bias”

That’s called the “police” get out of jail card, every time, regardless of your assholiness!

Cut budges, layoff, and reduce powers and protections. Perhaps it’s time to look at clawing back pensions too.

Gosh, that “there’s no system that could fix all this” argument the union official puts up sounds… familiar.

I think it will be very difficult to weed out racism in policework. It will take a lot of hard work, so they better get started right away.

Claiming it’s impossible is somewhere on the spectrum between lazy viciously negligent.

The attack left King with severe injuries including a fractured skull and damage to internal organs. Three surgeons operated for five hours on his badly beaten body.
He said of the attack in an interview with the Guardian: "It was like being raped, stripped of everything, being beaten near to death there on the concrete, on the asphalt.
“I just knew how it felt to be a slave. I felt like I was in another world.”
In all, King received 55 baton blows and six kicks to his body, all of which were captured on video by a nearby resident George Holliday, who came out to his balcony after being woken by sirens. 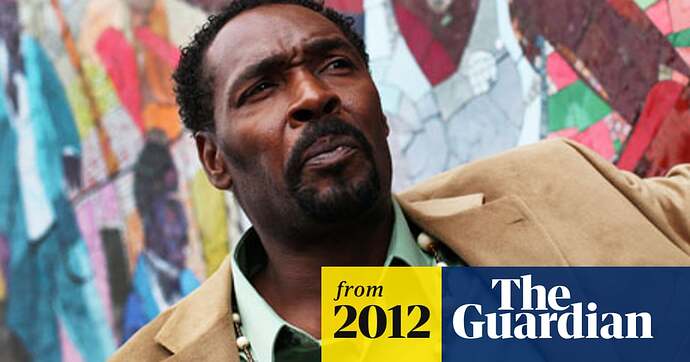 If reviewers can’t tell the difference between probable cause, or reasonable suspicion, and racism, it seems to me that half the problem is probable cause not having a high enough standard of evidence.

What this jackweed pig is saying is, “we’re unaccountable, and we like it that way. It’s really easy to stop people for racist reasons, when we don’t need a reason to stop anyone in the first place.”

it is refreshing to see them using a stick instead of shooting the suspect full of holes.

Goddamn the bar has gotten low.

Does anyone else find the following disturbing?
Officers of the Peace AKA Police, as well as their Superior and those who protect the Citizens through Law Enforcement are, by federal decree, civilians.

They hold upgraded military ranks which are to be called on if Martial Law is decreed, as to be able to protect the citizens with which they are familiar.

What boggles is not the completely expected ¯\_(ツ)_/¯ but the incredibly unprofessional explicitness of it. Any halfway-competent PR response would say something about the standards of evidence required for the disciplinary procedures that they totally have officially written down somewhere, announce a plan to roll out enhanced sensitivity training going forwards, yadda yadda, anything that at least makes it look like you’re doing something about it, instead of “Uh, shit, man, I dunno… Racism, terrible, but what can you do, amirite?”

Craig Lally, head of the union that represents officers, said that officers usually can’t tell the race of a motorist when they make a traffic stop. Even if an officer was racist, he said, it’s nearly impossible to prove whether he or she stopped someone because of that bias, rather than appropriate probable cause or reasonable suspicion.

Wow. A better record than the FBI!

Critics say the fact that no agent in the past two decades has been disciplined for deliberately shooting someone raises questions about the bureau’s internal investigations.

“We don’t want racist cops because that makes us all look bad.”

Really? Is that the reason?

I haven’t seen a real system in place that could weed that out.”

None in place. That’s the truth. Oh, there are many ways to weed racism out of the force but none of those systems have ever been put in place.
Let’s start with these investigations being performed by some other entity than the accused department, the supporting DA office, or any other police connected group.
Then let’s start paying cops huge sums of money (without revealing to whom the payment was made) to rat out other racist or violent cops.

They should know - they are, after all, experts in the field.