She seems to believe that he must of brought it to the border himself. 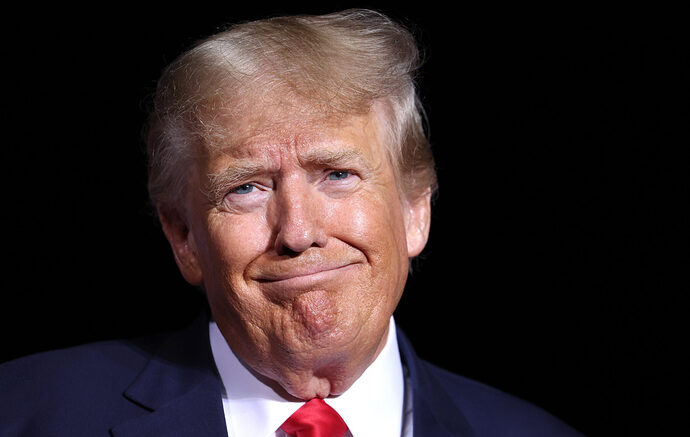 A clear majority of Republicans now are feeling like it's time to move on from former President Trump, according to a recent USA Today/Suffolk University Poll.

Drug addicts are about the only people I could assume are in the right frame of mind to vote for her.

I just feel an unsettling hollow nothingness when I take moment to try and ponder whats in her head.

She seems to believe that he must of brought it to the border himself.

Must have affected her dealer

Well, she’s kind of right. 14,000 pounds of fentanyl IS a record high.
Probably not one that anyone ever comes down from, though.

Appoint me! I promise that under my watch, we will not find one gram of any illegal drugs at our borders!

Also, Homeland Security will transition entirely to work from home. It’s right there in the name of the agency, people.

I’m starting to think Boebert doesn’t know the meaning of the word “the”.

We’re in for two years, at least, of this. Impeachment articles will be introduced every time someone in the Biden administration farts.

Conservatives have been making this argument for several years now.

I guess if the Feds don’t seize the drugs then we never knew they existed, so one can deny they ever existed at all.

The real issue here isn’t the border, it’s the drug epidemic. There has never been a point when the USA was winning the “War on Drugs.”

I just feel an unsettling hollow nothingness when I take moment to try and ponder whats in her head.

I know there’s an unsettling hollow nothingness inside her head, that’s why I just don’t bother pondering it.

Besides entertaining us with these funny tirades, what does she did to make her district a better place? I mean, you can have bad stand up comedy routines for free on Internet…
These kind of picturesque politicians are very common around the world. They have nothing to show their constituents besides a waging a dubious and vague culture war.

And they seem they are loosing It.