I hope that fucking fucker gets fucked up.

He already is fucked up.
He’s always been fucked up, as long as I can remember.
ETA: FDR he ain’t… or Ironside, for that matter…
I live in Texas & have studied his habits for a long time.
[BTW, Texas wasn’t always this fucked up, [and Outsiders will, of course, disagree] but the FDC has made it worse.]

Anyhoo, voted earlier today. Considered voting in the FDC Primary, just to skew their numbers, but decided I couldn’t live with the shame of voting for any of 'em…

it’s got to be meant as a deliberate dissuasion

It’s tempting in today’s political climate to say so, but it’s been done this way for as long as I can remember, and pre-dates electronic voting machines.

to be fair, voter suppression has been going on long before the digital age - so my solution was just an idea. you could have a two sided ballot, or even tell just the poll worker which you want. still, it’s good(?) to know it’s nothing new.

honestly, i’ve used mail in ballots for so long i forget how it works in other places. i would guess that texas is doing it different than most - but then i think some other states still have you move your actual human body from one side of a room to another for primaries… so

it is a bit weird they don’t have one line and then let the software present the two options in private.

since it feels they could, it’s got to be meant as a deliberate dissuasion.

You are probably right, but we haven’t got to the point of drive-by shootings of those in the Wrong Line To Vote.
Yet.

do you vote per district or per county?

Both.
The elections themselves are administered by each county, but the ballot will depend on the particular district within the county the voter lives.
And the disticts are different, depending on the office [State Senate, State Representative, etc.]
So, the people I could vote for aren’t all the same ones someone a few miles away could vote for.
Maybe some commonality, maybe not.
Texas is Gerrymandered from hell to breakfast at all levels.

It’s not the same thing, but the FDC realizes that time is not on their side, re: demographics,… hence, the frantic attempts at voter suppression and passage of other odious laws while they can.

Hey, if this works for the state, why stop there? Why not declare raising children in a non-Christian or non-Republican household to be child abuse?

identified in court documents only as Mary Doe

maybe a tab off topic, maybe not, but is there a Doe name for non-binary people? Like Pat Doe, or something? Also wondering how the court chose Mary Doe in this case, wouldn’t surprise me if the state purposefully misgendered the victim here.

With a Supreme Court split 6-3 between maniacs and normal people, the Court would definitely consider Texas’ actions legal and California’s illegal.

(removed for being in the wrong thread)

(never mind , this is the right thread, but this digression is off topic!)

Michigan has open primaries, but a single queue. The ballot, typically, has three columns (D, L and R) and you just pick what column to fill in. No one can know what party you voted for just by standing in line. Because that would be weird and contrary to the notion of a secret ballot.

Any such lawsuit would have to go through several levels of courts before it reached the Supreme Court. Who knows what the distribution of the Court will be several years from now?

Try being a Floridian.

it is a bit weird they don’t have one line and then let the software present the two options in private. since it feels they could, it’s got to be meant as a deliberate dissuasion.

That’s how we do it in GA… one line, you tell them which ballot you want.

to be fair, voter suppression has been going on long before the digital age

One is actually closer to child abuse than the other, and I’ll leave you to guess which.

honestly, i’ve used mail in ballots for so long i forget how it works in other places.

And then there’s Arizona- the GQP sect here has filed a lawsuit claiming that mail-in ballots are unconstitutional and want them removed.

So we have texas and Florida fighting for first and second place, but we all know who’s third.

California’s using the anti-abortion law as a precedent for an anti-gun law, but I think we know the Supreme Court is going to be cool with one but not the other for highly inconsistent reasons, which would also apply here. (Also, I rather doubt Newsom would even go that far.)

Every time Greg Abbott’s name comes up, I joke about how I preferred it when he was manager of Carlisle United.

Today I can’t bring myself to compare the better Greg Abbott with this fascist governor. 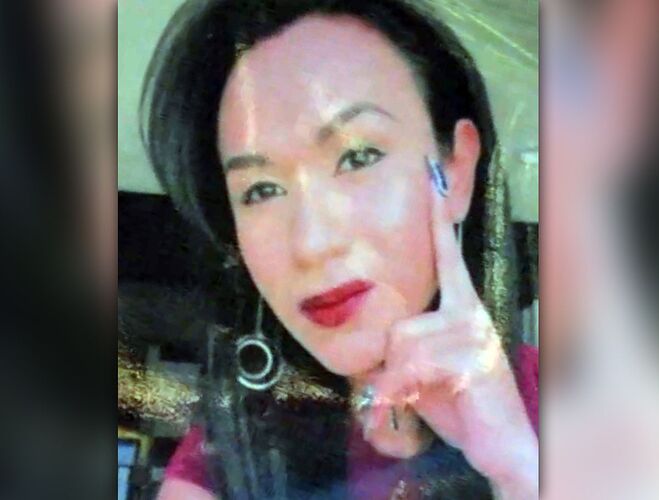 Paloma Vasquez, 29, was shot twice inside her apartment in Gulfton, on Houston's southwest side.

Mess with Texas everybody.

We do a single line to get your paper ballot, but you have to declare Dem or Rep at the table. They give you your ballot and you go vote. No privacy in the delaration stage at all. Never thought of that as an issue previously. Now, it does seem like a way to get labeled. I hate having to think that way.

Here they have copies of the voter reg list for your voting location that has your name & sig to compare to. They already have your party designation listed. No changes a couple of weeks before the election I think.

We don’t register a party here. You have to declare for primaries. Not for general of course. At least not yet. Youngkin wants to be Abbott ot DeSantis, but dems still hold the Senate.

Mess with Texas everybody.

No, don’t mess with Texas in any way, shape, or form.

If you have any sort of vacation or business planned that would require you to go to Texas, if possible change those plans.

Encourage others to avoid Texas for any business or recreation travel.

If you have any pull with the NCAA (unlikely) petition them to move the March Madness games scheduled for Fort Worth and San Antonio. [Yeah, almost certainly not going to happen due to how soon those games are going to be held, but it has happened before, in North Carolina.]

If anyone asks, let them know that Abbott’s bigotry has cost the state your business. Show them that fear and hatred has a real cost.