Listen to Sheriff's deputies' sexist comments on a female reporter's voicemail, after thinking the phone was hung up

Look on the bright side: he didn’t shoot her.

Or at least, explain how the telephone works.

Unprofessional unfortunately describes too many of our jailers.
Though professional but still with the jailer us-vs-them mentality is frightening too.

Sounds like someone hired the Beavis and Butthead PR Agency for their crisis management.

Of course they want to frame this as a training issue.I want to know, how many women officers are in that department, and what kind of harassment is considered routine? I doubt it’s a training issue, I think it’s a hiring issue.

Hey, Internet. Stupid question: are the comments quoted sexist? Inappropriate for sure, but I had this idea that “sexist” implied sex-based discrimination, not just reference to lady (or man) parts. What the officers did was wrong, and I’m not trying to argue semantics, I genuinely want to know if my definition is wrong, or the term has expanded in scope, or something. I didn’t read TFA, so maybe they said other stuff that was discriminatory.

It’s a question of understanding the appropriateness of a topic in a given context. In today’s professional culture it’s understood that the appearance of opposite-sex colleagues is an inappropriate subject of discussion. But like all cultural norms, some people need to have it explained a little more firmly.

Plus this was just plain stupid, I mean how hard can it be to glance at the phone to make sure it’s really hung up before starting a side conversation.

I think we should do a mashup sort of like that hell club one where all these sheriff’s deputies featured over the years work at the same department, mainly focused on busting various gentlemen and inhabitants of Florida.

This is the thing. We’ve created a doublethink society. You have a public face and a private face. We aren’t making better people, we’re just being taught to hide our horrible personality traits.

You have a public face and a private face. We aren’t making better people, we’re just being taught to hide our horrible personality traits.

Integrity has always been integrity, and there are always shady people. And so it goes.

That was wrong but not much so.

This is one of those situations where the jolt of being right is so delicious there doesn’t need to be any real substance. 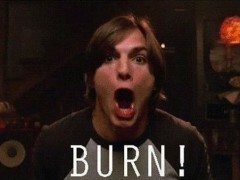 Yes, it’s sexist. He’s reduced her to her body. I mean, I know some people think that being in possession of tits and a vage means we’re less than, but I promise you, we’re not.

Nice of them to use a picture off facebook where she looks a little drunk.

A newspaper doesn’t have head-shots of their reporters online?

Excellent point. I would think that was the “news” station’s call, to use a personal Facebook photo instead of a professional one, in a nudge-nudge-wink-wink kind of way.

I was always shocked by the amount of stupid shit people say about each other behind their backs. To fit in, how do you respond to this kind of thing? In jobs with high expectations of loyalty, you can get a race to the bottom.

I know that needs to be unpacked, but trying to write with my thumbs is shit.

I was always shocked by the amount of stupid shit people say about each other behind their backs.

To point and laugh is one of our most primal instincts. It’s socially unacceptable to behave primally most of the time, but gossip and backstabbing frequently get passes.

I’ve been singled out for reluctance to throw people under buses, and I wish I knew how to reliably diffuse that situation. But I don’t.

My compromise is to try to talk about people behind their back with fairness and be a dick to their face. I don’t always meet that standard very well, though.