Golly I wonder why he isn’t the one who got primary custody.

Fake news! It was a home invasion, and this brave patriot burned his hands defending his famliy’s Liberty!

Garlock neglected to tell his girlfriend, who decided to do some baking later that evening

Special brownies, made with a surprise ingredient.

The oven must be mentally ill to do that to it’s owner. 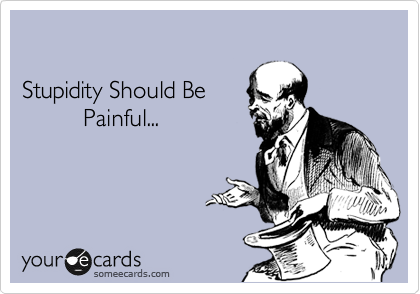 Cherry picking hoplophobe libs all talking about this one guy who shot and burned himself with his stove, but they NEVER want to hear about all the responsible, crime-preventing gun owners who oven-colocate their guns every single day WITHOUT INCIDENT.

Is using a gun to get a stuck piece of bread out of a toaster still ok?

maybe gun owners should take a gun safety class before bringing a gun into their home. Just a thought.

That would be tyranny imposed on responsible gun owners like this patriot.

@carla_sinclair “How anyone could think storing a loaded gun in an oven (ovens don’t have locks, not to mention how hot they get) is a good idea is beyond me. But hey, maybe gun owners should take a gun safety class before bringing a gun into their home. Just a thought.”

This is OHIO, what else would you expect?

They can take my oven when they pry it from my cold, but third degree burned fingers.

Why are people criticising this gentleman? He certainly seems like a part of a well regulated militia to me…

Headline writers everywhere are wishing a kid got got hit.

I try to empathise but today, at the end of a frustrating afternoon, I have no fucks to give to this idiot. Just glad it was him and not an innocent.

A pistol-sized lockbox would have been FAR cheaper than the trip to the emergency room.

News reports are coming in of dozens of car-carrying NRA members destroying their ovens and other heat-generating appliances in protest of this obvious attack on their 2nd amendment rights.

More at eleven, here’s Wallace with the weather…

This is OHIO, what else would you expect?

Stupidity isn’t regional; limited to only one area or one type of people - it’s a contagious epidemic that’s fully 'equal opportunity."