Originally published at: Look at this animated timelapse of drought patterns in the United States from 1999 to 2021 | Boing Boing

I was in Texas in 2011, when the whole state basically dried up. It was horrifying. I made my own version of this map just for Texas, just for that year:

The spice must flow.

Is this the United States or Arrakis?

I’ve got some rain and humidity to sell you. Cheap.

Whaf’s more ominous than the overall amount of drought is the increasingly wide variation.

No one worries about drought in the Sahara desert; they just don’t live there. Even if (say) Texas became a desert over the next hundred years, people would just gradually move elsewhere. But if anywhere can suddenly become a dust bowl, then no food source is reliable. So that’s a bummer.

This is why Peter Watts says the US will find a pretext to invade and occupy Canada within the next 15-20 years. Canada has plentiful water, lots of arable land, plus the military will be easily overwhelmed by the American war machine.

Or the States start collapsing, one by one. Time to read Paolo Bacigalup’s “The Water Knife”, I think. 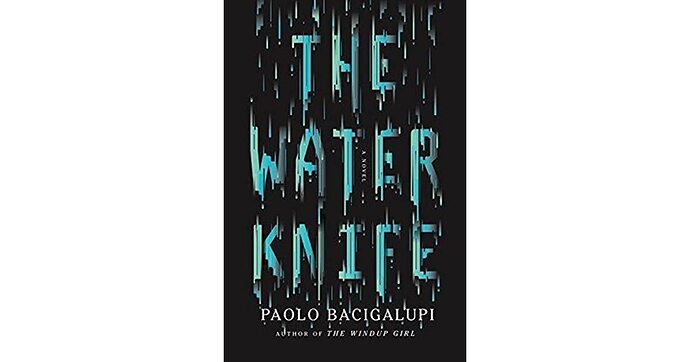 In the American Southwest, Nevada, Arizona, and California skirmish for dwindling shares of the Colorado River. Into the fray steps Angel...

We broke the planet.