Very true; it’s easy to look at the scale, see 2-3 lbs of gain, and then realize that you ate a pile of salt-crusted fries and a super salty burger (everything in restaurants is so salty) and that it’ll go away quickly. Still, I seem to fluctuate much more dramatically while doing IF than when I was just going along with my housemates’ weight watchers program.

I quickly learned that just butter, sweetener and flour-like substance would produce edible “cookies” that resembled cheaply mixed cement. There was no crumb. Cookies did not bind. They were sort of semi-greasy sweetened nut butter lumps. I offered them to my 11 year-old child, she did not want to eat them.

That’s pretty bad if a kid doesn’t want a cookie.

Also, I’m sure the espresso warming tray story would be hilarious, although it probably wasn’t at the time. (funny thing that…)

One Pecan Sandie is 85 calories.

I am also a believer in low-carb, at least for many. But, 200 vs 85 calories is a tough cookie to swallow.

Desserts are a two-nights-a-week thing for me now. Miss pigging out on desserts.

I did actually enjoy the Atkins dessert - No fat ricotta whipped up with Splenda and cocoa or vanilla, etc. Maybe sprinkle it with 1/4 Pecan Sandie and call it a day?

With the hope of getting a real, science based answer: Why is low-carb or even “keto” being thrown around on BB as if it was a sustainable, healthy diet opposed to just being a way to trick the body into rapid weight loss?
Is it about body hacking (= because I can)?
I would expect the same comments about low-carb/high saturated fat diets as about climate change deniers, but everyone seems to have some knowledge about LC I haven’t gained yet.

Because there is nothing wrong with low carb diets. They are no more or less “correct” than Twinkies and Spam. Do what works for you.

Why is low-carb or even “keto” being thrown around on BB as if it was a sustainable, healthy diet opposed to just being a way to trick the body into rapid weight loss?

It’s no more “tricking” your body into losing weight as simply reducing caloric intake. If you do things smartly, no diet is a “trick”. Low-carb/keto diets starve your body of the carbs & sugars it uses as easy fuel and gets it to burn fat as its primary fuel instead, essentially. They seem to work extremely well for a lot of people.

For 60 years, doctors and researchers have known two things that could have improved, or even saved, millions of lives. The first is that diets do not work. Not just paleo or Atkins or Weight Watchers or Goop, but all diets . Since 1959, research has shown that 95 to 98 percent of attempts to lose weight fail and that two-thirds of dieters gain back more than they lost. The reasons are biological and irreversible. As early as 1969, research showed that losing just 3 percent of your body weight resulted in a 17 percent slowdown in your metabolism—a body-wide starvation response that blasts you with hunger hormones and drops your internal temperature until you rise back to your highest weight. Keeping weight off means fighting your body’s energy-regulation system and battling hunger all day, every day, for the rest of your life.

I saw this article a couple of days ago. It lines up with what my personal trainer has told me, diets work in the short term but not in the long term. This isn’t to say that what you eat doesn’t matter, it does. But “dieting” moves you away from your body’s natural communications and slows your metabolism.

I believe the same, the best solution is to just try to eat healthy in general. It’s not a diet, everyone should just be eating better. Full stop. Trying to be active is also something everyone needs to do.

Currently i’m trying pretty hard to improve my eating but its been difficult. Mainly because of intermittent low-grade depression and lack of motivation (due to the depression). And staying active, or the lack thereof is also part of the depression… but i’m really trying to motivate myself more than usual. I hope at some point i’ll have enough good habits in place that it’ll make some difference.

It’s all about developing new habits and understanding what was driving your old ones. I’m fitter and stronger than I’ve ever been in my adult life and I don’t feel restricted or anxious about food.

I wish you luck and success in your endeavors. PM me if you would like a book recommendation. It changed my whole perspective and gave me some real insight into American’s dysfunction around food and excercise.

Twinkies and Spam - so this is all about energy in/energy out? I’m fine from a philosophical standpoint with “whatever works for you” if it only concerns your own body (in contrast to climate change), put when it comes to science, does anyone really recommend a high saturated fat intake? Or keeping carbs low?
I know LCHF is popular for “shredding” in the BB community, so maybe many here are hardcoren gym addicts,
but most of the posts/articles here referring to LC read like “Hey, this is how humans should eat. Period”.

Any diet that puts you in a caloric deficit, will let you loose weight. Or any activity that elevates your caloric needs above your intake.
But this is just talking about macros. When considering micro nutrients and satiety, butter cookies loose against a plate of brown rice, broccoli, black beans and mushrooms.
Again, just wondering if this is only a boingboing thing, or if I’m simply not up to date when in comes to nutritional science.

but most of the posts/articles here referring to LC read like “Hey, this is how humans should eat. Period”.

Did you read this post? I certainly did not, I said it works for me. Pesco is ripped tho.

I write about my fitness choices a lot. It is spinning and some dumbbells. Nothing out of the usual. 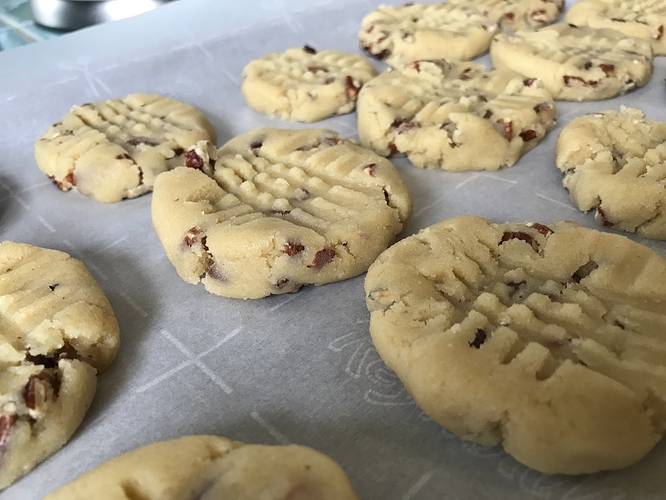 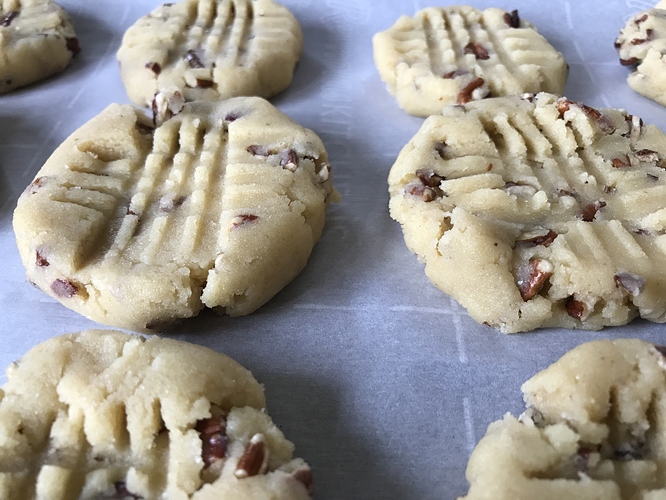 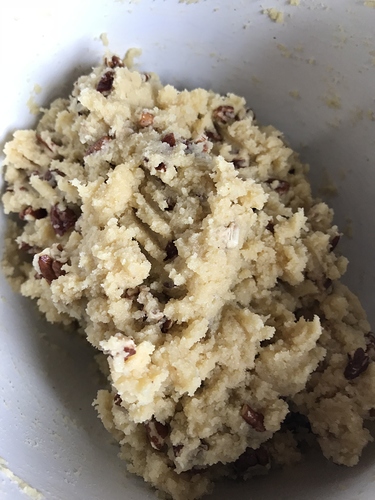 I was diagnosed with type 2 diabetes. I started eating LCHF and it lowered my A1C and I lost weight without feeling hungry, and my lipid profile is actually slightly improved. I feel great. I occasionally have a splurge meal, then get back on the LCHF wagon. I see no downside. Not everyone has to eat the same way. Do what you want.