As @Mindysan33 suggested seems like this deserves it’s own thread.
Lots to talk about, the show, portrayal of black heroes and superheroes in the media, all sorts.
With excessive police violence against PoCs in the USA being very much in the spotlight, the timing of a series that has a huge, black hoodie-wearing bulletproof superhero as the lead couldn’t be more apppropriate.

I’m about 8 eps in at the moment and loving it. Netflix seems to have a knack for doing this sort of thing very, very well but I’m not a big comics nerd, so can’t say how true to source it is. Really enjoying the music and overall vibe of the setting.
I’ve got some thoughts about that, but would like to read some other opinions first.

Spoilers would be kind to anyone that hasn’t had the time to binge it yet.

It’s probably going to be a while before I get through it, but I look forward to the discussion when I’m done.

I haven’t watched it yet, but I have seen some criticism (so no idea if it’s fair, but I trust Hulk) 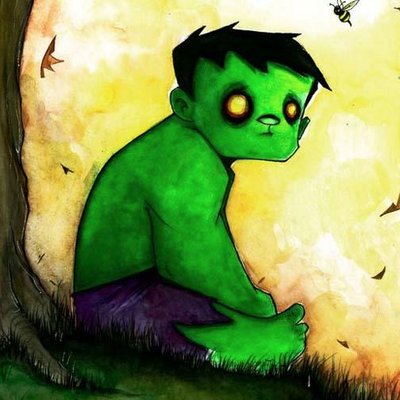 THREE EPS IN AND WHY IS LUKE KIND OF A NEGGING ASSHOLE TO MISTY ALL THE ALL THE TIME?? 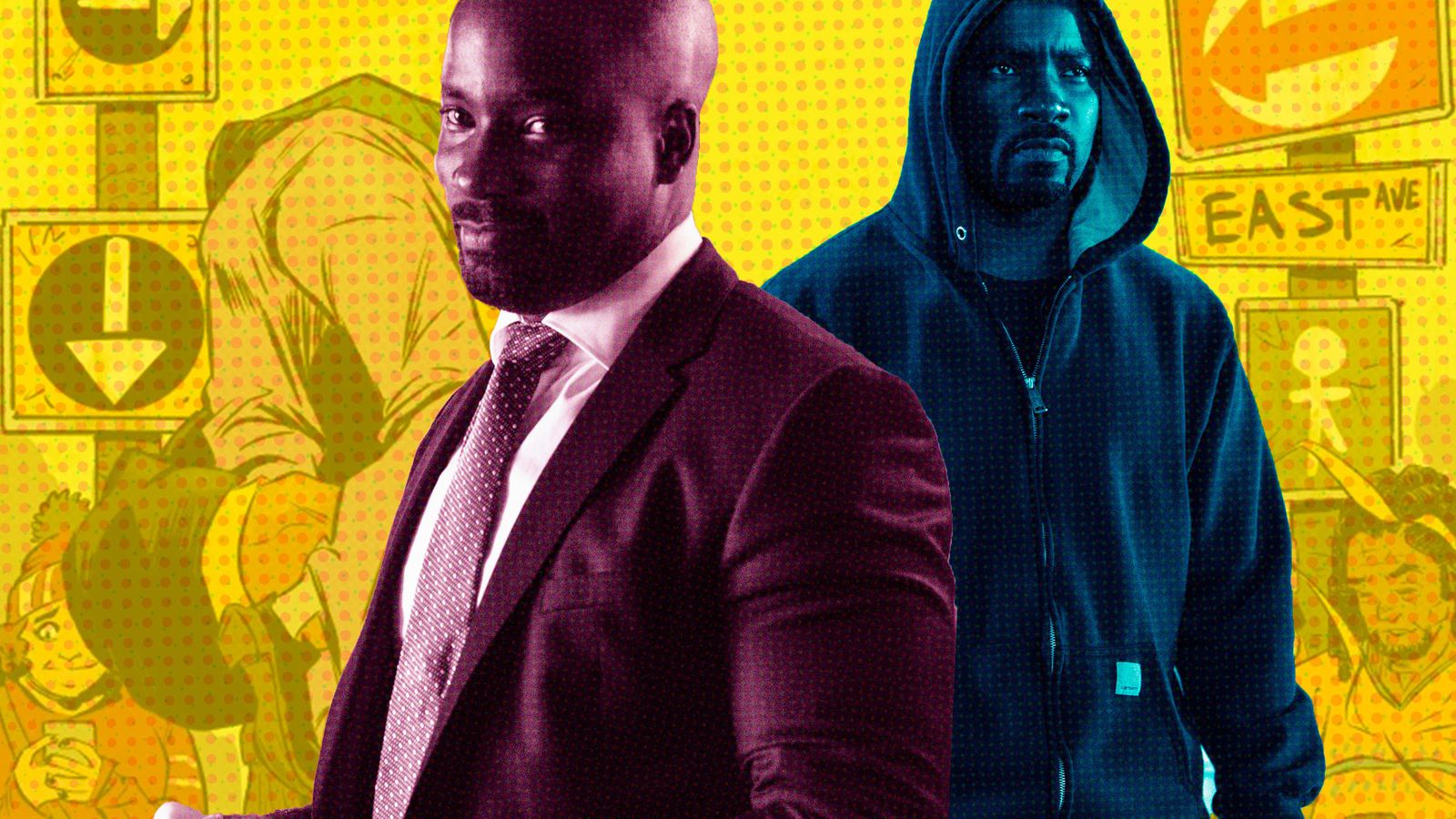 The Netflix series curses a new hero with old-school politics

I think there’s some valid points in both those links. I’m no film critic, but yeah, some of it seems fair to me.

Yeah, that’s doesn’t make me immediately wary; not at all.

But as someone who’s a fan of Jessica Jones, I can say that Luke Cage was probably still in recovery from losing his wife Reeva.

Not to mention, Misty started ‘negging’ Luke first; while he was at work.

The combative attraction they have is part of the story arc, especially since she lied about her occupation when they first met.

FYI (it includes spoilers, so I haven’t read it yet):

The Luke Cage TV show is undeniably black. But that alone isn’t enough to satisfy every black comics fan who’s watching the show.

Yeah, that’s doesn’t make me immediately wary; not at all.

It’s a phrase that rang with me, though but less from the political “Conservative” and more from the person small-c, if you get me. “Reserved” might be better. A real unwillingness to trust fully, something that’s reflected in his dealings with Misty after she lied to him.Echoes of his relationship with Jessica Jones here, too.

Jessica Jones focused on an internal struggle not to kill someone while desperately wanting to, I see this as about a man coming to terms with himself and his place in the community, between doing something that he knows to be right while protecting himself from yet more emotional harm.

I also get the feeling there’s a lot more in here about black masculinity and how it’s acceptable to be expressed that I’m just not picking up on.

A real unwillingness to trust fully,

Trying to be spoiler free as possible-

Thought it was a great series, but had a couple issues. Loved Cottonmouth (I’ve liked Mahershala Ali since the 4400)- His twist in episode 6(?) caught me totally by surprise- Did NOT see that coming. Did not like Diamondback. I felt like he just wasn’t a well developed character compared to Cottonmouth and Mariah, or especially against D’Onofrio’s Kingpin in DD. While I admire the BLM allegory (Bullet hole ridden hoodie FTW), the whole “turning the public opinion” plot point struck me as a little heavy handed and kludgy- good as far as story goes, but felt kind of poorly executed. That final moment with Mariah and Shades was a little cliche and unnecessary.

Predictably, white folks are already flipping out about not being represented. Being a white guy from almost the whitest state in the country, I was very cognizant of just how black the show is. There were moments that felt a little uncomfortable- Not out of racism per se, but from a feeling that I was simply missing a huge part of the cultural context inexorably intertwined with the story*.

As in, there were a couple references that I honestly don’t for the life of me know whether they’re accurate reflections of black NY culture or offensive stereotypes. I don’t have a frame of reference.

Overall I liked it more than Age of Ultron, but not as much as Daredevil or Jessica Jones. At this point, though, Marvel could release a 12 episode series of Carrot Top just reading aloud back issues of Marvel Team Ups, and I’d probably sit through the whole thing.

*Part of this is also from the NYC setting. I got the same feeling a tiny bit from other shows set there- That kind of population density freaks me the fuck out. I need wilderness within walking distance.

Can we say something about the music?

With a notable exception of the Purple One, I’m solidly a New Wave\Adult Alternative kinda guy. And I am loving the music. I love how they let the songs play out and not cut off when the scene had made its point.

If they don’t release a Luke Cage soundtrack, they are missing something.

There were moments that felt a little uncomfortable- Not out of racism per se, but from a feeling that I was simply missing a huge part of the cultural context inexorably intertwined with the story*.

As in, there were a couple references that I honestly don’t for the life of me know whether they’re accurate reflections of black NY culture or offensive stereotypes. I don’t have a frame of reference.

Yeah, parts of it made me feel like that in the same way. Which on the whole I reckon is a pretty good thing. I was really aware of some of the nods towards Shaft and the blaxploitation genre but like you, zero frame of reference. And this is what I watch stuff for.

And Ehrmagerd the music! On point throughout, almost to where it overshadowed some moments.

The two-phase plot seems to be a bit of a Netflix thing and the pacing felt spot on to me. Less of a rollercoaster or spun-out descent, more purposeful and, I dunno, traditional? measured? than others. Not saying it wasn’t a bit clunky in places, but overall, I liked the change of pace.

Predictably, white folks are already flipping out about not being represented.

As another pasty-ass dude, all I can do is laugh like a drain at that. The superhero genre is massively skewed in that respect. Was watching Billy Zane in “The Phantom” the other day and still couldn’t work out why he was a white bloke.

It’s funny that Netflix has this knack of attracting social comment on their shows, like Jessica Jones. It’s cool.

If they don’t release a Luke Cage soundtrack, they are missing something.

I’d like to say that I got a kick out of them playing up the “classic” Luke Cage costume.

I saw a Spotify channel exists for it.

That was a great nod to the historic source material; 1970’s Luke Cage’s costume did look a hot mess, but then so did a lot of fashion back then.

Just finished the flashback episode where he gets his superpowers. I liked the in-joke where he ends up wearing the full 1970s Power Man ensemble right down to the tiara and wrist gauntlets. However, I just have to say…

Does EVERYBODY in Marvel screen adaptations have to get locked in an experimental medical chamber, suffer horribly for a bit and then pop out with a brand new set of superpowers? And where can I get one of these chambers? Because the results seem to beat the crap out of Luke Skywalker’s bacta tank.

ETA: I knew I’d forgotten at least one.

Here be an Episode 9 rant

eye protection people. It’s an acid bath. Wear some god damned goggles. Okay, no one got hurt (well, Luke, but im sure he’ll get better)but c’mon

Does EVERYBODY in Marvel screen adaptations have to get locked in an experimental medical chamber,

Wolverine already had his powers which is what allowed him to survive getting the adamantium added to his bones and his claws but he doesn’t remember anything about his life before then.
Vision is a robot so a storage box?
Cap was just strapped down not in a chamber.
/nitpick

That does seem to their standard go to for heroes who were not born with their powers, like mutants. Spiderman is one exception that I can think of, and Ant Man is another.

Vision is a robot so a storage box?

I believe “The Cradle” was designed as a medical/healing chamber that was repurposed by Ultron as a 3D printer for biomechanical robot bodies.

Cap was just strapped down not in a chamber.

ETA: Or maybe some kind of oven. For cooking up BEEFCAKE.