This is awesome. I never get tired of seeing what things look like on other celestial bodies. It makes my imagination run wild.

I just love how close the horizon is.

Careful there: Neil and Buzz were fooled by that as well. At one point they tried to walk towards a pile of rocks which seemed to be right outside the windows of the LM. The clarity of the airless environment made those rocks seem closer than they actually were.

But the actual distance to the horizon is dramatically different too. On Earth an average person standing on the ground would see about 4.5 km to the horizon, whereas on the Moon it would be around 2.4 km (given perfectly level terrain, etc).

A little disappointed that these images look just like the Apollo shots, has fakery not come on at all in forty years?

The illuminated crescent of earth should be closest to the sun. Apollo fakers didn’t make trivial mistakes like that.

Pretty sure I saw my house, partially eclipsed above the horizon.

I spun that pano as fast as I could until I puked in my spacesuit. 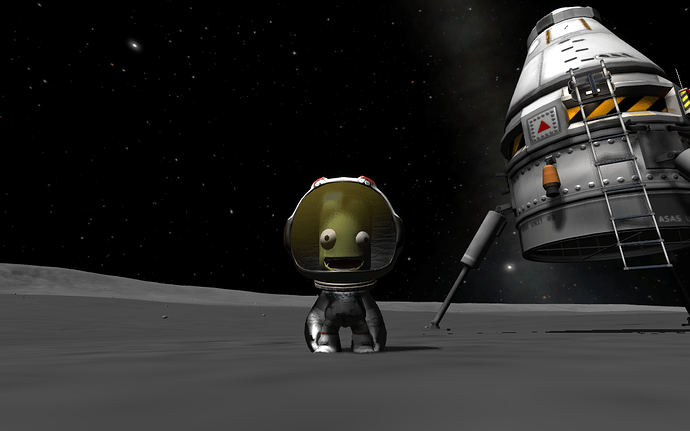 Yes, especially considering that the rover and lander are not particularly tall.

Aaarrrghghg! WHERE is the invert Y axis option?