Lyme disease is an "intergalactic substance" and a "gift," according to social media influencers

It’s wild that people jump to absolutely batshit theories about Lyme when there are completely logical, somewhat plausible conspiracies about it that I halfway believe in sometimes (that it was a poorly-contained bioweapon developed by the US on the Plum Island research facility).

Why is it that blatant lies, mis- and disinformation about damn near everything is proliferating everywhere?

That’s a red flag right there!
She claims to have Lyme disease, and she sees it as a gift, does she? Going back 20+ years, actually closer to 30, thinking about it, I was talking to a close friend who was telling me that her dad had been very I’ll, with something called Lyme disease. He and her mum had moved to France to run a gîte, and he’d been bitten by a tick. He got progressively more ill , but nobody knew what the problem was. Eventually a doctor who’d studied the disease recognised the symptoms and had him rushed into hospital. He was told another couple of weeks he’d have been dead!
As soon as she said Lyme disease, I said, oh my God, how is he, is he getting treatment? So she asked me how I knew about it. It was only because I read a couple of American mountain biking magazines at the time that had started to report it - it wasn’t for about another ten years or so that it started to be noticed here in the U.K. and Europe; mainly because the symptoms vary so much, but also there was a huge explosion in the wild deer population.
If this woman really does have the disease, it’ll be really interesting to see at what point she starts to realise just what sort of ‘gift’ it is that she’s been given.
Personally, I think she’s in the running for a posthumous Darwin Award.

Blockquote That gift killed my mom.

I am so very sorry for your loss, I personally know how you feel, and I also know that it’s really difficult to express one’s sympathy. Look after yourself and my deepest sympathies to you and your family.

My heart goes out to her, the long-term effects are seriously debilitating, with no real treatment available at the moment.
There does seem to be some hope - it seems that Epstein-Barr virus is connected to a whole bunch of ailments that centre around inflammation, rheumatoid arthritis among them, so there’s research going on to find a treatment to deal with it; fingers crossed that it comes sooner rather than later, and will help people like her.
I sincerely hope so.

Blockquote You should try magnets instead /s

A couple of five kilo neodymium magnets placed either side of the head are pretty effective, so I understand…

My sisters father died from Lyme as well. It was horrifying. They caught it too late and couldn’t treat it. It was so much like late stage cancer. Obviously these two women have never seen anyone wither away to nothing until they pass away, an emaciated shell of the person they used to be.

Horrible, horrible people who say these dumb things without any thought for what other people have gone through or the people they might have lost to. Idiots like this trying to explain the world do so much damage.

WTAF is an “intuitive astrologer” as compared to the run-of-the-mill make up bullshit generalities as you go along astrologer?

I think it means she doesn’t have to bother with star charts or knowing the names and positions of constellations and can get straight to the BS without all the extra work.

That is one lazy grifter.

This is the gift that ended my normal life. Constantly rising and falling symptoms, often too ill to work. I checked the CDC’s website and they have been hammered enough to update their information after decades of misinformation. Do not trust the CDC for lyme information. Look at a Lyme organizations information, locally if there is one. The regular world will still tell you to tuck your pants into your socks and look for ticks or a bullseye. They would like to act as if it’s in your control but it is not.

Warning, you will still see a doctor in many locations, be given an inadequate test, test negative and go untreated. If you are unlucky you will develop the long form Lyme disease and be sick for the rest of your life. If you are even less lucky you will die as a friend of mine did (“There is no Lyme disease in Florida.” they will tell you now as they told Amy Tan , author, entirely incorrectly about California.) If you can afford treatment look for a Lyme doctor, there are bad ones, good ones and exceptional ones.

The medical system developed a treatment , 7 days of doxycycline, and the patients that didn’t respond to that? We don’t know what they have. It took long term Covid to interest the medical establishment in long term Lyme.

You want magnetite crystals, then! 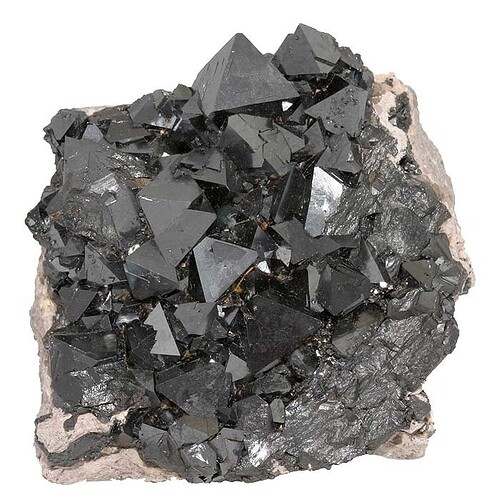 I once got bit by a tick after going hiking in Northeast Kansas. The next day, I had the typical bullseye rash. We have a family friend who has struggled with health issues for most of his adult life due to Lyme disease, so I knew what it was.

I didn’t have insurance (I was just visiting home while living abroad), so I first went to a chain pharmacy with a registered nurse on staff. She took one look at the rash on my leg and said that they did not have the resources to treat it there. She did not charge me and she made me promise to go to an emergency care facility. She was genuinely worried about me.

I went to the facility that she recommended and, although it cost me quite a bit out of pocket, I was able to get doxycycline to prevent it from really fucking up my life. I make sure to tuck my pant legs into my socks when hiking now.

Her shtick is so ludicrous that it seems to be simply a platform for attention-grabbing and as a way to exercise and wield far-reaching power whatever the consequences for the faithful. This is Jim Jones stuff.

Isn’t this indistinguishable from intentionally harmful speech like yelling “fire” in a crowded theater?

It seems more like people already being touched by flames in a crowded theater, and being told that it’s okay.