One of our cats has a food anxiety, and will hound you for life until she gets her treat. Making it disappear would be a big mistake. 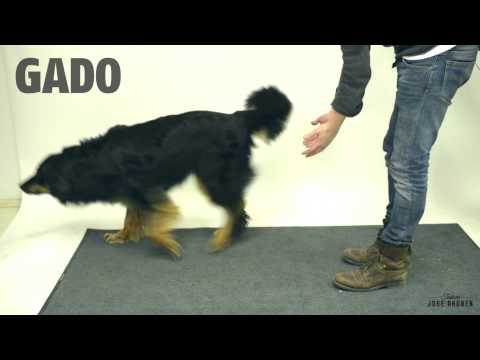 I think this is a different video - I can’t watch the original right now but they seem to be different dogs to me.

Isn’t this just a variation on “pretend to throw the tennis ball but keep it in your hand”? It’s cute, but I’m not sure you need to be a magician to pull this one over on dogs.

I have a basset. No amount of slight of hand will confuse that nose. He can smell through time.

I have a basset. No amount of slight of hand will confuse that nose. He can smell through time.

Bassets are not otherwise known for their problem solving abilities, bless their hearts.

and it keeps getting funnier… every… single… time… I… see… it!

Still wish it ended with the dogs getting treats.

Yeah! It would be funny to see someone do the opposite trick, and have a treat pop up unexpectedly.

I hate myself for thinking this is so damn funny.

The cool part is he’s demonstrated dogs have a basic toddler understanding of object permanence - moreso than American voters, for instance.

Dogs are used to people messing with them (see: tennis ball). I think part of the social contract is that after we do, we’re supposed to go ahead and give them what we ‘promised’ them.

You did, right? After the shot, you gave them their treat, right?

" By the way, all the dogs got treats before and after the trick"

I thought all dogs had a keen enough sense of smell to be able to figure out where the prankster hid the treat.

I don’t see a treat anywhere in this video, which means there isn’t anything to smell/hide.

Or am I missing something?

It occurred to me that there are probably some cats out there in the audience that would be very impressed if he made the dogs vanish.

Cats aren’t as forgiving when it comes to teasing and human pranks.