Oh, please not that dumbass again !

He invented this the same way Boeing invented the airplane. They made a better version of it.

This is a modern Hiller flying platform. Better engines and flight stabilization now. 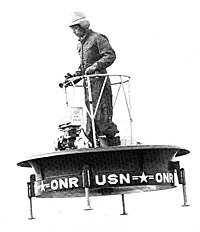 The Hiller VZ-1 Pawnee (U.S. Army designation; earlier Army designation: HO-1) was a unique direct-lift rotor aircraft, using contra-rotating ducted fans for lift inside a platform upon which the single pilot shifted body weight for directional control. The platform was developed starting in 1953 under an Office of Naval Research (ONR) contract to Hiller Aircraft, and flew successfully beginning in 1955. The original concept had been developed by Charles H. Zimmerman in the late 1940s. Further d...

sadfully, its all for the wrong reasons:

Zapata has worked with the US and French militaries, with the French investing $1.4 million to pay for tests of the board. French special forces are interested in the flying board for several uses, including as a possible assault device, said Armed Forces Minister Florence Parly

sure thing, I saw his board 2017 for the first time and back then I was wondering when this “device” would show up in military forces. 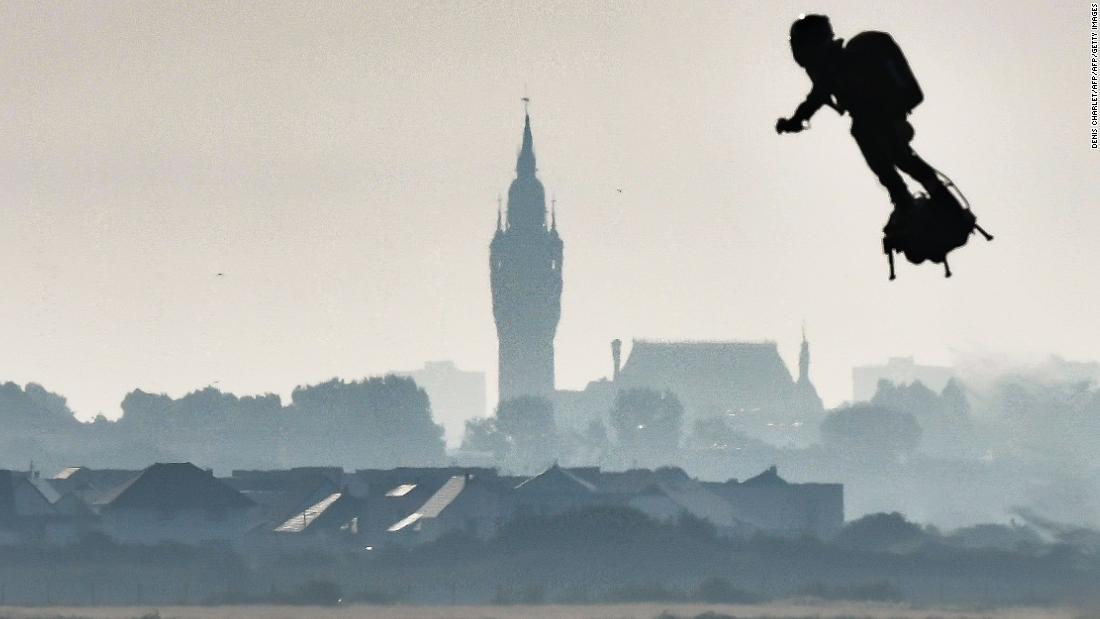 French inventor Franky Zapata has successfully crossed the Channel on a jet-powered hoverboard for the first time, after a failed attempt last month.

When I saw him on Bastille Day, I thought “crazy frenchman”. But in one video (which I can’t refind due to the current buzz on youtube) he explained the redundancy and safety features built into the board: Two independent engines, one is sufficient for safe landing, two electronic and one mechanical set of flight controls. He really put some thought into this.

“Monsieurs, we’ll be sending you into battle flying in the air, strapped to a fifty pound sack of kerosene!”

I wonder how difficult this is to pilot. My guess is that it is going to be as difficult to learn as say wind-surfing. But with the added hazard of falling to your death, possibly injuring others in the process.

Louis Blériot can rest easy: It wasn’t non-stop; he refueled at least once during the crossing.

I call shenanigans. Everyone knows those things don’t work over water… 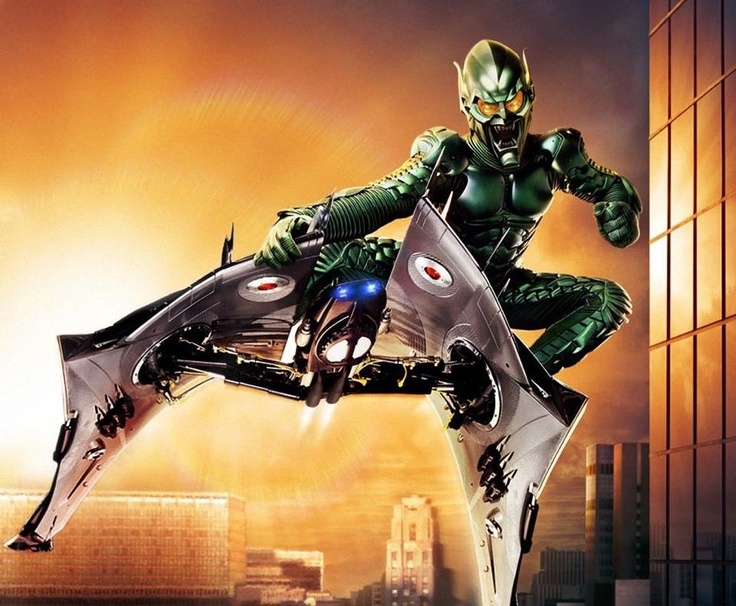 I suspect that from a military perspective, this won’t be that successful. There is a reason the Hillman pulpit was never produced.

However… as a private citizen I hope the military spends money on this to take it to production-ready so us mere mortals can possibly put our hands on one… this feels like the kind of flying I’ve always wanted to do.

Bones still heal pretty quick at (consults calendar; being hopeful that it will be ready in 5-10 years) 50 years old, right? Right?

Not so great for flying infantry, but for an expensive suicide bomber? (But in that case, why take up payload with a human pilot?)

We’re quickly coming to the end of human agency in non-regulated adversarial interactions.

He invented this the same way Boeing invented the airplane. They made a better version of it.

So, like how Hobgoblin ripped off his Goblin Glider design from the Green Goblin. 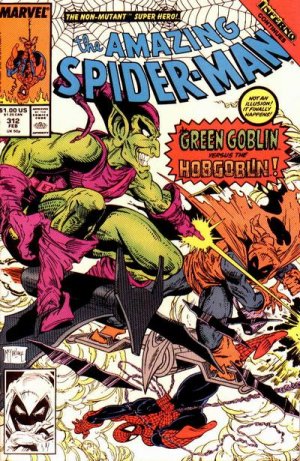 Hidden in the small print: he didn’t make it in one hop, he had to land on a boat waiting for him in the middle of the Channel so he could refuel. Just thought I’d point that out before any copy-catters head blithely out across the English Channel with one full tank of kerosene on their back, only to sink into the waves halfway across.

Just thought I’d point that out before any copy-catters head blithely out across the English Channel with one full tank of kerosene on their back, only to sink into the waves halfway across.

It also doesn’t say how many stops he made to refuel. (Not many or his speed between stops would have to increase.)

No, the Hillman design was rejected for multiple reasons.
It was considered too dangerous. With those multiple whirling blades just inches below the “pilot”, even a slight unintended motion of a foot could prove fatal.
It was underpowered and its range was pathetic. It was able to maybe puddle-jump across a river, so it was essentially a one-use platform. For that reason, deploying it in significant numbers was too costly.
Worst of all, it required too much specialized (read ‘expensive’) training. It was inherently unstable. Learning how to operate it safely (I won’t say ‘fly’) required about as much training and practice as training a pilot for a helicopter, which could carry a hell of a lot more weight for a much longer distance.

I cannot wait to see people testing them as assault devices.

Flipping over backwards into a spin from the recoil.

Up until Vietnam they sent men into battle carrying flamethrowers which contained 50 pounds of pressurized gasoline. How is this any worse?
The major drawbacks of using this tactically are:
Noise. You could sneak up on a corpse with this thing, but nothing else.
Exposure. No matter how low you are when you use it, you’re still highlighted against the sky, making you a veritable live pop-up target.
This dohickey could be tactically useful ONLY for quick, surprise assaults to overcome obstacles, like river crossings or crossing big minefields. Any troops that used these things in view of the enemy for more than a mile or so would probably be slaughtered. The only way they could be useful is in situations where speed of movement is paramount to prevent the even greater slaughter that could result from getting bogged down under fire, like trying to row across a river.
They might also be useful for vertical assaults, like in hilly country you could lift troops to a spot above an enemy position.
But I still shudder to think what would happen to men trying to use these things against an enemy force that has autoloading shotguns with flechette rounds.