Man's hearing loss caused by earbud stuck in his ear... for five years 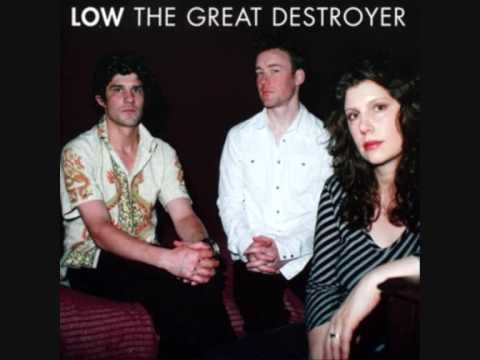 How the hell did a doctor miss that? Or was it really deep in there?

The explanation is far too simple.

Obviously a cockroach left it there so no one would be the wiser about how long it had been squatting.

How the hell did a doctor miss that? Or was it really deep in there?

Yea, I was wondering the same thing. I’ve had to get my ears flushed before professionally - my Dr said it’s just something that some people have to deal with, but now when I start to notice the build up, I have my wife flush it with warm water after applying a tiny bit of peroxide.
Lucky girl. 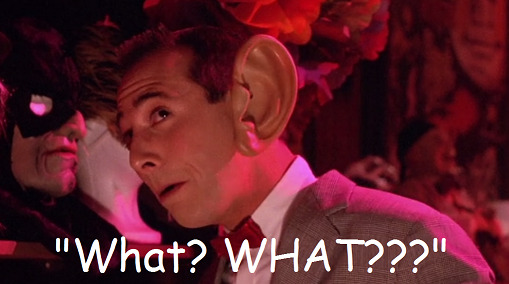 I’ve had that happen, too. Except that it only took about 5 minutes for me to notice, a day for my GF to say “I can’t see anything there” and decide it was a bad idea to have amateurs stick tweezers in blind, and another day or so to get an appointment at the clinic to have somebody who knew what they were doing to pluck it.

Yep, never put objects in your orifices that might become detached.

How the hell did a doctor miss that?

From my experience general doctors tend to miss a lot of things when it comes to ears. My 4 year old has lots of earwax. I have two different otoscopes so I know exactly what the doctor / pediatrician can see. So, when they do a quick check and say it all looks good (after I bring him in for something potentially ear related) I always follow up with how much ear wax is there? And then I basically tell them I have a scope, I have looked, and I’m going to need a better explanation of “the ear drum looks good” when I damn well know they can’t see it.

As a side note, I’ve had “glue ear”. Having an ENT doctor cut a slit in your ear drum and then place a tiny suction hose into your middle ear is both a wonderful relief from the pressure and the sound of a 747 screaming inside your brain. 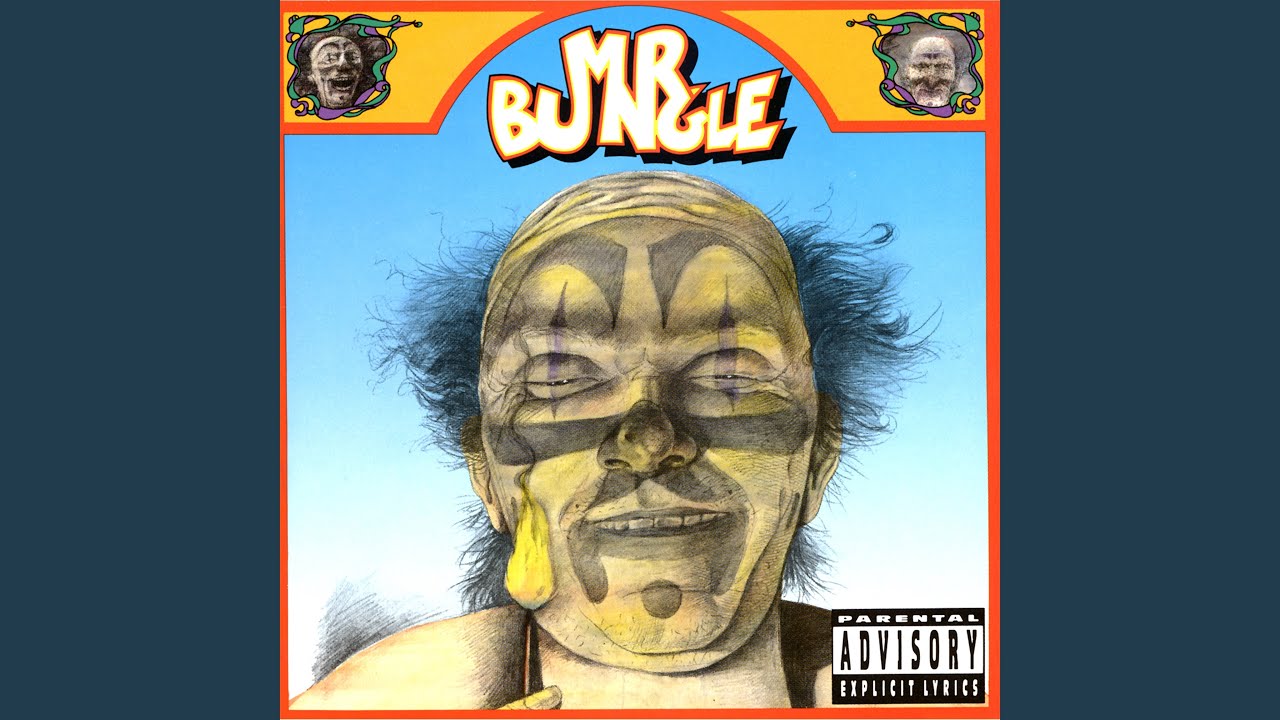 Why didn’t the doctor clean out his ear canal when he was in the office?

One of the first things my doctor did when I saw him was clean out the ear canal completely.

As a side note, I’ve had “glue ear”. Having an ENT doctor cut a slit in your ear drum and then place a tiny suction hose into your middle ear is both a wonderful relief from the pressure and the sound of a 747 screaming inside your brain.

AAAHHHHH I want to know more and not know!

What are they suctioning out? Does your ear drum heal over time?

I saw a great short film about a boy in London during the blitz in a bunker. His mother stuffs cotton in his ears to hide the sound of the bombing. His family is killed and the cotton in his ears forgotten until he is an old man. I wish I knew the title, it was very good.

Yeeaaah, that struck me too - presumably it was buried in ear wax, and the doctor couldn’t see anything. But that seems like either incompetence on the doctor’s part, or they were trying to deal with first things first (the infection) before moving on, and the patient never followed up. Either way, the ball was very much dropped, in terms of care here.

Why didn’t the doctor clean out his ear canal when he was in the office?

The (supposed) infection, I’m assuming, prevented it? It really shouldn’t have been left at that (“here’s some antibiotics”), though.

A high school friend had a punk band called The Neighborhood Threat (later The Dads). One of their songs was Mental Floss. The refrain was “I need a little mental floss / to clean between the ears”

a punk band called The Neighborhood Threat (later The Dads)

While still in high school? If so that is an amazingly canny way to jam your average band’s career arc into a couple of years!

ETA: Since we are talking about ears, one of the proudest days of my life was my doctor gasping when she looked into my ears. When I asked what was wrong she said “Nothing…it’s just that your ear canal looks just like one of the model ears inside. It’s perfect”.

It’s all I have now to keep me going

Oddly enough, one of my earbuds has gone missing (listening to books while falling asleep), but I think it’s too big to have been eaten by my ear.

AAAHHHHH I want to know more and not know!

What are they suctioning out? Does your ear drum heal over time?

This gives a general explanation.

It seems like I had a mild cold which caused my Eustachian tubes to close off. Then for some reason the pressure in my middle ear dropped which caused my body to start secreting fluid into the middle ear space. Once that started it doesn’t simply stop quickly. I awoke around 3am with the feeling of someone driving a nail into my skull through my ear. That continued (and got worse) until about 5:30 when the sound of pop-rocks crackling occurred. This was my ear drum tearing, which was accompanied by the relief of the fluid now draining out of my ear. I went to my doctor who saw the small hole in the ear drum and prescribed antibiotics.

Fast forward about a week and a similar issue occurred in the other ear. However, the ear drum did not rupture. I continued on the antibiotics and this ear cleared up. About two weeks from when this all began the original ear was extremely muffled. It was like wearing an ear plug while placing your hand over your ear. I went back to my doctor who only noticed that the ear drum was healed, but “thicker” (pictured below). They gave me a consult to the ENT. 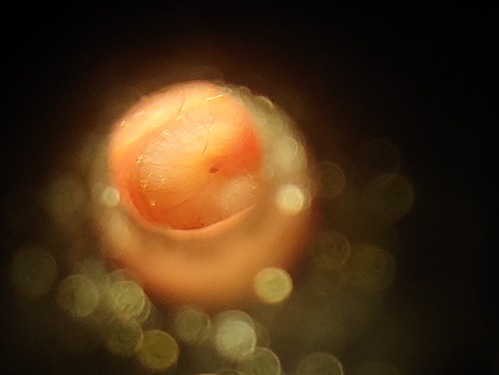 The ENT office did a bunch of preliminary checks and presented me with a few options. The doctor said the quickest relief is for me to cut a slit in your ear drum and suck some of it out. Then place a temporary tube in so the ear can drain naturally. The “fluid” in the middle ear at this point was more the consistency of thick snot. The fun part is the fact there is no where to go once they stick the suction hose inside your ear (like the middle ear, past the ear drum). The sound literally feels like it’s inside your head. The picture is with the temporary tube in place. It fell out after about 8 weeks. I had drops to put in my ear if the tube got clogged and I also took Afrin to help open up the Eustachian tubes as needed. I took both pictures using a cell phone and a $40 Dr. Mom’s otoscope from Amazon. My ear drum was pretty much back to what it usually looks like in about 6 months. The hearing was probably 80% back once they put the tube in, and back close to 100% after 2 months. 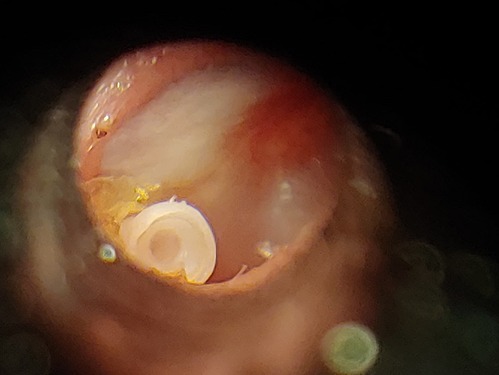