Love the term from this, “bropraition.” 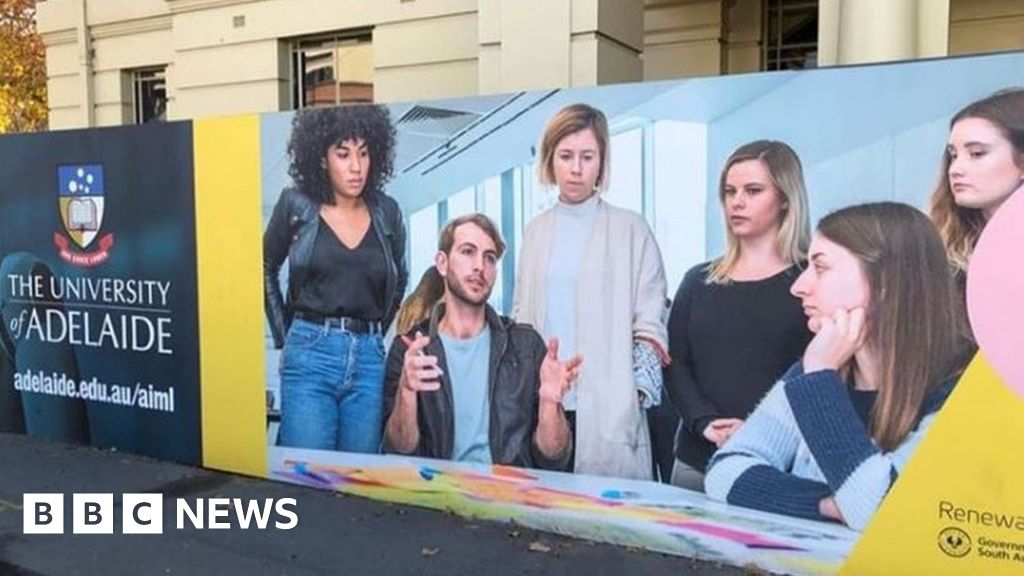 The image next to the crest of the University of Adelaide shows a man holding forth to five women.

Mansplaining is when a man explains an issue to a woman in a manner regarded as condescending or patronising. It is closely related to “bropriation”, when a man repeats an idea first suggested by a woman and receives the credit for it.

The clueless advert in question – just look at it!

The Twitter comments are beautifully merciless. Was mansplaining to six women too much even for Adelaide, or is he explaining how he preserved the disembodied hand on his shoulder?

the disembodied hand on his shoulder

I think it’s black Jesus reaching down from the heavens, telling him to to slow his roll.

I’m seeing guys sometimes speaking up now when bropriation happens. “Uh, hold on a sec, Nancy just said that. Before Robert said it.”

It’s not that hard, guys!

That’s the back of someone’s head I think; someone with long light brown hair.

(Probably the woman who said ‘fuck this guy’ and just walked away.)

Not only are the psychological optics terrible, but the composition of the ad itself is subpar; any designer worth even a grain of a salt would have shopped that shape out.

That’s the back of someone’s head I think; someone with long light brown hair.

Oh yeah, now I see it. Thanks!

I was thinking, hey, let’s try on the most charitable interpretation possible - given female students in Australian universities outnumber male by more than 11:9, maybe they’re trying to correct the imbalance here…?

The terrible photo is actually an advertisement for some local Australian government renewal project. The University ad just happened to be next to it. Of course, you only find out about it at the bottom of the news story.

Yeah, so the uni itself is off the hook, this time. The ad itself remains a great illustration of an infuriating problem.