Map of businesses with puntastic names

I still love some of those Simpsons gags. 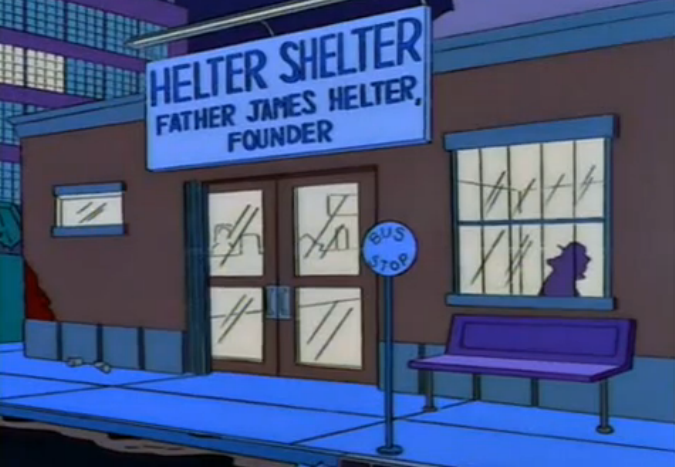 Sadly US focused. I don’t think anything will beat (The now obviously renamed):

I always got a kick out of the outdoor furniture chain “Paddy O’furniture”.

I think there is a law that every Pho restaurant must contain some sort of pun. Often predicated on mispronouncing “pho”. Near me we’ve got “Pho Ever” and “What the Pho!”

Okay, there’s something wrong with that map: there are easily five times that many coffee shops with wretched, tired black/java/grind/cup puns in every marked location.

I have a fondness for hair salons – “The Hairport” “Headhunters” “Shear Elegance” etc.

EDIT: It’s in the aforementioned list…but still so awesome!

I wonder if that’s due to second or third generation immigrants (or, I guess, non-immigrants entirely, I probably shouldn’t assume that all pho restaurants are run by immigrants or descendants thereof, nothing stopping a non-immigrant from opening a pho restaurant either) naming them? All of my local pho restaurants appear to be owned and run by first generation immigrants, and so are much less punny (perhaps due to the fact that they didn’t learn English as a first language). Two local examples I can think of off the top of my head: “Pho Mi 89” and “Pho Big Bowl”. They often contain numbers, which is a cultural thing if memory serves.

That map’s missing my personal favorite (for its complete WTF-ness): Hair Dot Comb in Queens (and apparently in Seattle too, also not on the map.

I think those work with correct pronunciation as well. The worst one I’ve seen is Pot de Pho.

I’d go really weird, were I to open a pho restaurant. Like, “Willem Dapho”.

Pot de Pho seems to be confusing the pronunciation with Thai romanization (I’m assuming they were going for “Poe de Poe”). “Foe” is apparently close to the word in some places, but generally it’s somewhere between Fuh and Fah. With tones, of course. So maybe there should be one in New Jersey called “Pho-geddaboutit”

Pot de Feu, I’d guess, which really should be pot-au-feu.

Had to Google that. Kept trying to guess the pun or phonetic joke in the sentence, but no, not that kind of thing at all.

The marijuana dispensary and retail shops here in Colorado have really jumped on this bandwagon.