Marjorie Taylor Greene says if she and Bannon were in charge of Capitol attack, "We would have won"

Originally published at: Marjorie Taylor Greene says if she and Bannon were in charge of Capitol attack, "We would have won" | Boing Boing

And how, precisely, being armed, MTG, would you have won?

By coercing people to do what you wanted at the point of a gun? That’s a coup.

By shooting and killing people in your way? That results in something between life inside and judicial execution.

You are all mouth and no brain. A disgusting human being not fit to breathe the same air as the majority of your fellow citizens.

TBH… I’m having nightmares by mistaking MTG as ABBA’s Agnetha Fältskog… And if you think it is her that sings The Winner Takes it All, is even worse!

She needs to be asked questions about this, including how many cops and members of Congress she would be willing to kill.

I’m sure the House Republicans will respond appropriately to these insurrectionist commens in 2023, by handing her some nice committee assignments.

how, precisely, being armed, MTG

… they did win, for a few hours

They could have actually hanged Mike Pence, but that still wouldn’t make Trump president

She’s trying to distract from that she and at least half the people in the room were involved.

This is the Q crowd. They’re all a little fuzzy on the details, but when JFK Jr took the podium, he would explain it to everybody.

… after they captured Nancy Pelosi as a hostage?

if she and Steve Bannon had been in charge

Do you think she was hired to allay suspicion from Bannon? 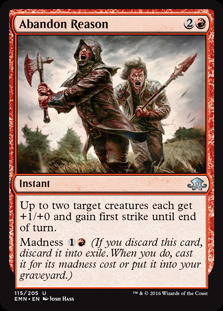 Republicans: “If we get louder, you’ll love what we love.”

I posted this in a different thread, but this was where she gave this speech… 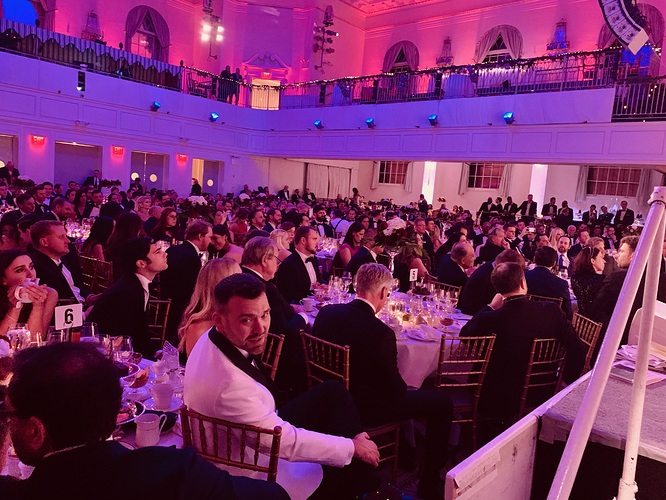 “We would have won. Not to mention, it would’ve been armed.”

That quote gives her too much credit. An accurate transcription would be “We would of won. Not to mention, it would of been armed.”

Nostalgic for the days when Young Republicans and Hitler Youth were not quite so tight knit.

As frightening as the SPLC report is, it becomes even more so when one understands what the NYYRC is. Seeing the speakers’ list, one might assume that it is some recently-formed gathering of hatemongering rubes and swivel-eyed lunatics. It is not.

This is an establishment organisation founded over a century ago that has the blessing of the duopoly party of the wealthy and powerful. The membership is made up of people (under age 40, mind you) who have the financial, social, and academic capital to live in NYC.

So what you see here is the old phenomenon of comfortable economic elites creating alliances with violent right-wing populists.

She’d have been fragged.

Same place, or is the Upper East Side littered with Republican clubs? 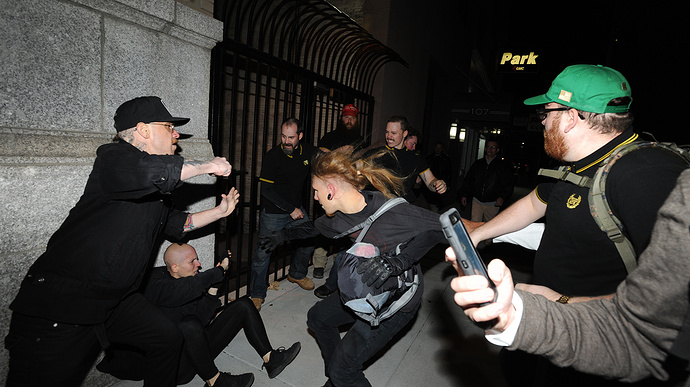 Proud Boys and far-right skinheads were caught on video singling out and attacking protesters in New York City Friday night.

“Democracy means that sometimes you have to force people to make the right choice at gunpoint.”

Hmm, when I put it that way, it occurs to me that perhaps she isn’t quite so out of step with core US values as I might have thought.

Can we just skip to the part where she is convicted for treason?