This is all part of an effort to tie Hunter Biden to Joe Biden in order to make Hunter’s tragic life an impeachable offense for Joe. Sickos.

If having family members make bad choices were impeachable, consider the number of impeachments! Thinking Billy Carter, Joe Kennedy, any Trump you care to mention, the Bush twins, and so on. Yeah, no.

Sure, if you’re rational. But there are current members of Congress (ICYMI: Stefanik on Kudlow: House Republicans Will Hold President Biden and His Family Accountable | Press Releases | Congresswoman Elise Stefanik) who plan to make the case that Hunter Biden’s problems make Joe Biden impeachable. The cries of “Crime Syndicate Family” are part of a pattern of public shouting meant to begin to connect the entire family to each other specifically to create a publicly-palatable rationale for impeachment. The “regular” media will begin to report on their connections, instead of the absurdity of the whole thing.

Oh, I understand the background. The thing is, the only grounds they need to impeach is that Biden is a Democrat, and therefor illegitimate. They will stand on “any Democratic victory is illegitimate” because it’s all they got. Plus, they are still itching for payback after Il Douche was impeached twice. They will try to impeach Biden at least 3 times if they get control.

The entire conservative media world, from Fox News down through talk radio and a million websites and tiny blogs, just finds things they can magnify and then amplify. MTG is the perfect product of that willful political dishonesty, she has no critical thinking skills and really doesn’t know right from wrong, it’s all us vs. them. 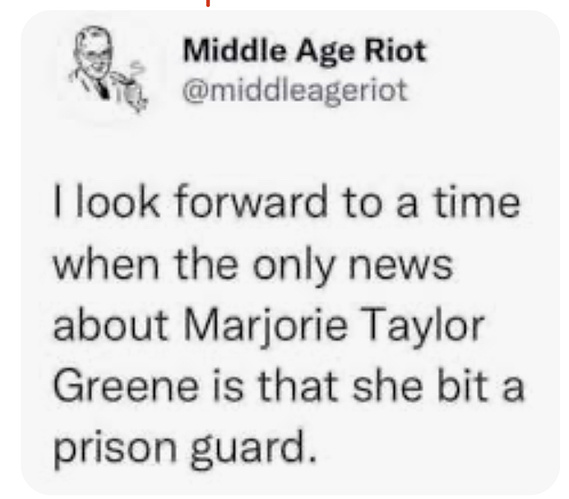 Look out! Marge has some competition…

” Democrats sought to ‘topple’ US in retaliation for losing Civil War” 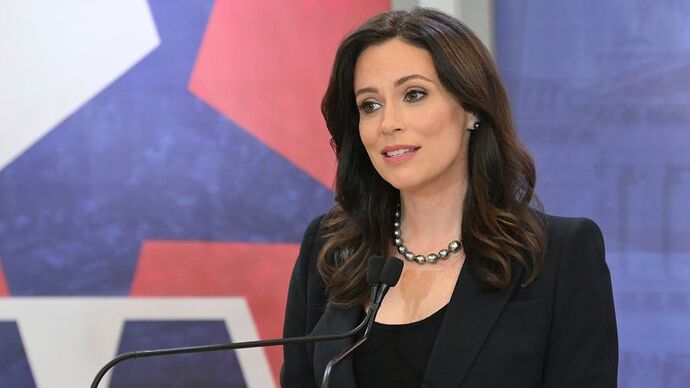 The Republican gubernatorial nominee in Michigan invoked a conspiracy that the Covid-19 pandemic and protests in the summer of 2020 after the killing of George Floyd were part of a decades-long plan by the Democratic Party to "topple" the United...

Larry Kudlow was a coke & alcohol addict who got canned by Bear Sterns. You know that he broke the law innumerable times - drug felonies. Yet he was brought into several administrations.

And no one targeted his father for his crimes.

This projector needs to go back to the manufacturer ASAP. It severely lacks focus.

Yes, Hunter Biden capitalized on his name to get sweet job offers he probably wouldn’t otherwise qualify for. Yes, it’s likely he was offered those jobs because someone was hoping to win influence with the Obama/Biden administration.

No, that is absolutely not evidence that Joe Biden engaged in any kind of corruption.

unless you’re Jimmy Carter, if you are a president, you’re probably corrupt. You can’t pretend like Hunter was just a rogue agent out there operating alone without any support.

Since you’re bringing up President Carter, recall that Billy Carter was also an addict who didn’t hesitate to capitalize on his family name in sometimes-embarrassing efforts to make himself a little scratch. But he was also a fully grown adult who was responsible for his own actions and it would have been unfair to blame the President for his conduct. Same goes for anything Hunter did or didn’t do.

This coming from a true crime sycophant

Where do Empty Greene and Gaetz et al get their university degrees from? AFAIK you have to pass courses like Calculus, various English language and literature courses, at least one philosophy course and enough other courses to fill a 4-year program. There are so many politicians that are saying stupid things, I’m surprised there aren’t thousands of Grade 3 students telling the (mostly Qpublican) politicians and anyone that believes them that they’re idiots.

Every accusation is a confession. Don the con has been a crime boss overseeing his crime family for decades. He’s under multiple investigations and being sued in NY. Hunter Biden is being investigated for tax fraud and a gun charge that may lead to fines if that

Unlike Prince Bush, she’s not mispronouncing on purpose to be relatable to the rubes who vote GOP. She really is that ignorant.