Except that these super cheap noodles are proven to be not just unhealthy but actually harmful if consumed regularly, not just because of the high calorie and salt content but because of the particular preservatives they contain.

That said i’ve been in economic situations where i had to make less than 20 dollars last me two weeks so i get it, some people are in circumstances where they only have access to certain foods.

I find that if you go to a decent Asian market there are other brands out there, similarly priced that are wayyyy better than Maruchan or Top Ramen or anything that comes in a foam cup.

Mama tom yum shrimp is only 39 cents a pack, same size as the cup without the nasty styrofoam, and blows them all away. 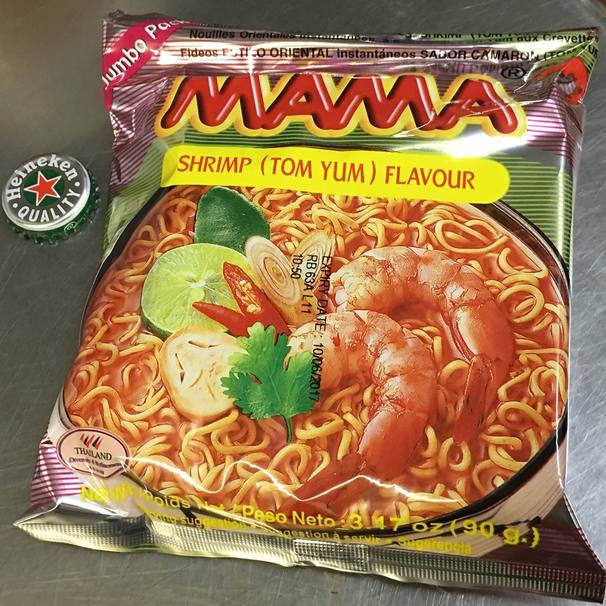 Make Maruchan your ex and upgrade to these 8 savory noodles.

[ETA: I’ve had about half the noodles on this list, I can’t say I agree with all her choices-- Hao Hao and Indomie are not to my tastes, but Mama and Nongshim are both excellent (Nongshim tends to be pricier though, if cost is the issue.)]

Weird that Pancake Mix is on that list, but plain old AP flour is not. Their pancake mix is cheaper than bulk flour?

I’m also surprised that Coconut oil is on that list, since around here it’s one of the pricier oils.

I will totally pay a premium for Sapporo Ichiban.

What is your favorite brand of instant ramen? (Providing package photos is a plus.) Any tips on fortifying it?

I do like cup noodles, i did after all go to their museum in Japan and even made myself a custom cup for later (it was great).

Note: Also had ramen ice cream while there. That was a whole tasting adventure for another post.

That thread devolved quickly. Before they got to comment 20 they were talking about chili and pancakes. Stay on topic people! This is the Internet!

Looking for after school options for my son, I recently got some ramen packs (Maruchan, IIRC) and he really likes them. I’m a little worried they’re not exactly healthy so I tried some alternative brands that are a little more authentic, but he doesn’t like them as much.

yep. Not only do you have to wonder about the chemicals leeching out of it, but it’s much harder to customize…

When I was an undergraduate and counting my nickles and dimes, I used to shred like a cup of green cabbage and grate a carrot into three cups of boiling water, after it came to a boil again added a block of instant noodles, cooked the prescribed three minutes, added the “seasoning” and had myself a filling and not bereft of all nutrition meal.

I’m surprised more folk don’t add cabbage given that it is super-cheap, stores well in the fridge, and is really good for you.

ETA in my bachelor days a pack of ramen, with some frozen asian veggie mix and a cut up chicken breast mixed in made for a tasty cheap dinner.

I quickly learned you could do better with a rice steamer and economy-sized bags of rice and raw veggies.

(Not trying to one-up you, I just remember my mom telling me the reasons why she abandoned casseroles and Hamburger Helper when we were kids).

When i made instant ramen i did similar things, i would add frozen veggies to the cup and cracked an egg in it. Sometimes i might be inclined to stir fry some veggies instead.

Because of my family’s inclination for cooking i just can’t have an instant meal and not do anything to it. Always gotta jazz it up somehow, i do the same with frozen pizzas

When i made instant ramen i did similar things, i would add frozen veggies to the cup and cracked an egg in it.

Seriously, I look back at the privations I imposed upon myself in the interest of frugality and feel like I was a throwback to the 1930’s… I guess my parents’ experiences really effected me. 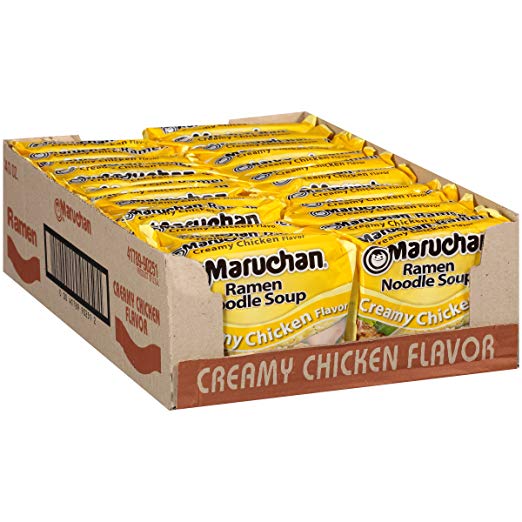 Or you can go with these. Twice the food for twice the price with zero styrofoam

ETA in my bachelor days a pack of ramen, with some frozen asian veggie mix and a cut up chicken breast mixed in made for a tasty cheap dinner.

Scoop of peanut butter and cracking an egg into the boiling water = instant pad Thai.

Lol it was cheaper or comparable to fresh, but my interest in frozen was that they kept longer, which jived with my laziness of using stuff right away or not. That and canned veggies are just no good.

But i hear you, i made some really arbitrary choices on my food shopping for the sake of saving money. For one i became vegetarian because meat was too much of a luxury and i found it easier to work with just veggies.

Cheap noodles I cook until all the water is gone (a lot gets pulled into the noodles, which makes them better for hydrating you in a desert environment). Nicer ones I touch up with a soft boiled egg, dried mushrooms from Costco, and a few slices of leftover pork, when available.

I’ve had the Nong Shim noodles (both the instant cup and the standard brick o’ noodles) and loved them. I don’t have them often, though, because even though they don’t use MSG, there’s still a ton of salt.

Just think of it as pre-embalming.

I quickly learned you could do better with a rice steamer and economy-sized bags of rice and raw veggies.

One thing I’ve found, though, is that when I’ve attempted to cook brown rice in an automatic rice cooker, I’ve always ended with a cooker full of little ceramic pellets. If I do it the old-fashioned way on the stove, it comes out perfectly. In any case, it’s amazing how far one cup of rice goes.

Bags of stir-fry vegetables are quite the timesaver when I’m in the mood for it.