Meet Eufrat Mai, the woman who was the vagina model for the FleshLight

basing our economic recovery on wankers.

Exactly! So what’s the point of the vulva shape? I just wish such toys didn’t try to look realistic, because the idea of a toybox of message toys sounds appealing enough, but a toybox of ersatz body parts - not so much.

I dunno. Most straight dudes like the appearance of the vulva I guess? Don’t ask me, I’m one of those weird dudes who likes girls sometimes, guys sometimes, but nobody most of the time.

That last one probably has something to do with being put on Prozac for ten years starting when I was 13.

i’m a straight guy and i do really like the appearance (and everything else) of the vulva… which is why the molded silicone nubbin on the fleshlight is so goddam off-putting. it’s the sexual equivalent of that clown bed from The Simpsons except more depressing. 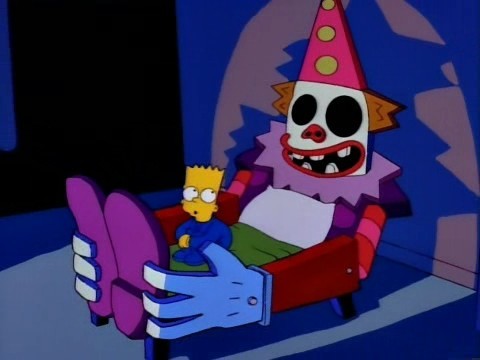 I was thinking along those lines. 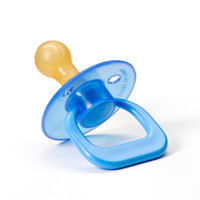 Not exactly nipple shaped, nor functionally in the ballpark of a nipple, but gets the job done for the purpose it was made.

ETA: Did anyone else’s stomach turn when he stretched the fleshlight out like a piece of strawberry taffy Bubble gum?

about what you’d expect:

edit: oh, I guess you mean “will the link even show up?” nevermind.

this reminds me of an old boingboing post: http://boingboing.net/2014/10/31/things-fitting-perfectly-into-2.html

You know who you are.

I should have known better than to watch that. Now I’m gonna have nightmares.

that breast-dildo-penis thing would be awesome as a chocolate cake. I’m hungry right now, that’s my excuse, and i’m sticking to it.

I can’t blame you for my own foolishness. I’ve seen worse. A lot worse. But something about dolls generally creep me out. Probably the eyes. I don’t like eyes. I used to have to force myself to make eye-contact with people, and now I’ve trained myself to do it automagically.

Have you ever been in an anechoic chamber? It only takes about a minute or so before you can hear your eyeballs squeaking in their sockets when you’re looking around. That was pretty squick for me.

I had the impression (from articles like this, I mean (MSFW)) that the popularity of the FleshLight rested primarily in its seemingly innocuous, utilitarian exterior design rather than the particular qualities of the models used.

I think that the original notion is that it was somehow “disguised” as not-a-sex-toy, for those people worried about snooping roommates or burglars, although absolutely no flashlight ever really has the form-factor of a Fleshlight case. The ones that are disguised as tallboys do a little better, although then you have to come up with a reason why they’re not in the fridge. (If you don’t mind it being cold, which suggests crypto-necrophilia but whatever, then there’s the potential problem of someone trying to drink it.)

Also, the worst thing about this video is the music.

[quote=“halloween_jack_, post:55, topic:50391”]although absolutely no flashlight ever really has the form-factor of a Fleshlight case[/quote]Ooh! I bet there’s a market there.

What do they mean “Warning! Mature content”? How mature does a person need to be to rub their genitals on a doll?

(If you don’t mind it being cold, which suggests crypto-necrophilia

They’ve got that angle covered.
https://www.fleshlight.com/freaks/zombie/ (NSF… OK, let’s just assume that every link in this thread is NSFW.

I was kinda hoping the model wasn’t every SWM’s (wet)dream girl, but rather a more average looking woman like the one working the factory line trimming the ragged bits off. But I suppose that wouldn’t do well for sales.