Well heck ,the judge and rapist have a hunting vacation planned for late October. No reason for everyone’s life to be wrecked. Is there?

Well, you can’t fill up the jails with rapists when you need the room for 20-year sentences for possession of pot.

According to the judge he reviewed things the girl had said and concluded she was a “troubled youth” who was "“as much in control of the situation” as her rapist.

I realize judges have to make very difficult decisions sometimes, but there are people who have expertise in areas such as this. Since it appears the judge made the decision without consulting any of those people, and without having any background that would give him insight into what a “troubled youth” is really like, his decision is criminal. And, yes, I am judging the judge here, but I’ve made a little bit of effort to do some research to back up the allegations I’m making. And if I were really in a position to strip him of his right to practice law or even to sentence him to jail I’d want to make sure I reviewed all available information thoroughly and objectively. I wouldn’t follow the judge’s example.

In one case we have a 54 year old teacher raping a 14 year old student. In another case we have a 17 year old senior having consensual sex with a 15 year old classmate. One gets 10 years in prison and the other gets a month. Guess which is which?

You forgot the parts where the 30 days was technically for a violation of his deferred prosecution, not the actual rape…as those charges were dropped.

Or the part where he was her teacher and thus they had some type of sexual relationship. (Not that that situation makes any of it less serious, but I think it puts perspective on how it all started. Frankly he needs to be castrated with some serious jail time.) 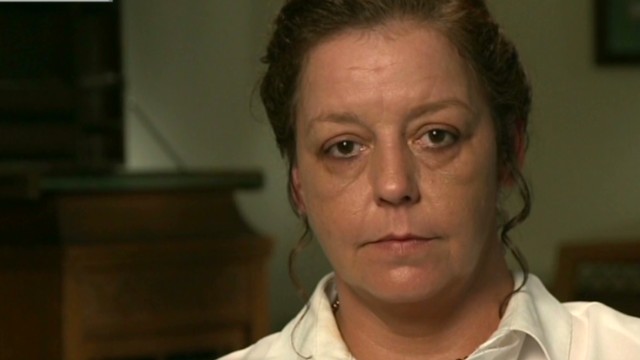 A teacher convicted of raping a 14-year-old girl receives only a month in prison -- while the girl kills herself.

We had a similar case to this in the UK recently and, as then, it is appalling to see clearly guilty men being given lenient sentences. In my opinion, I think the judges who make such judgements should be investigated as that line of thought is generally only held by those who need to justify their own thoughts and actions.

So at the very least he violated his position of trust and had sex with a minor.

There must be more to this… I hope that someone is investigating this ‘judge’.

I am not a lawyer, but I have grave doubts about this judge’s grasp of the law.

I thought the whole point of having an age of majority was to draw a clear line, so that individual biases about the victim’s maturity couldn’t be taken as material. If they were, potential abusers would have an incentive, conscious or not, to overestimate the maturity of their victims. Better that some precocious 14-year-olds have to wait a few years than allow an abuser to muddy the legal water with subjective arguments about the victim’s maturity.

Is this true? (One of the links timed out repeatedly for me, so I couldn’t read all the articles.)

If it is - that sounds like grounds for a prosecutorial appeal.

It was consensual sex, so I think we need to preface the rape term with statutory. He did a bad thing, but calling it simply rape is changing what happened.

I’m pretty sure that’s all he did. “Sex with a minor” in the U.S. is “statutory rape”. Personally I think that “statutory” word should always be included when calling this rape, since its a lot different than raping someone who isn’t giving consent, even if you argue that a 14 year old can’t give meaningful consent.

Same here in the UK. I was kind of getting at the fact that even if the judge thinks that consent was given (which isn’t legally possible if you’re under the age of consent), she was still underage. So even if he wants to sidestep part of the law, there’s still the rest of it to contend with. My point is flimsy I think, but it made sense in my head.

But he seems to have managed to reconcile this just fine anyway. Apparently she was troubled and up-for-it, as well as looking old for her age. Precedent now states that’s fair game in… what is this, Utah I’m guessing?

In the LA Times story, it indicates that while he had only plead guilty to a single count of rape, she had accused him (or confided in her minister) that he had assaulted her on three separate occasions.

So the guy isn’t just getting soft-served a 15 year sentence, he’s getting away scott-free for two other incidences that weren’t even on the books.

According to one of the articles there is “an exception in state law that gives the judge latitude on sentencing in cases of sex with minors”.

I’m sure this exception was written with good intentions, but it sounds like here it’s been misapplied.

The information-industrial complex often paint things in black and white terms: it’s easier, and a wider selection of people will be interested in a story depicted this way. But while I agree that the statement “she committed suicide after her rape” is playing a little fast and loose with the facts in order to procure my outrage, this speculation about the girl’s character is just victim-blaming.

Fourteen year old girls aren’t completely devoid of free will, but assuming she went into the relationship willingly moves the onus from the assaulter to the victim. It would be better to say “abusers seek out emotionally vulnerable targets, because they’re less likely to tell”, which is consistent with how other abusers have behaved.

Since it appears the judge made the decision without consulting any of those people, and without having any background that would give him insight into what a “troubled youth” is really like

sarcasm:
Because a judge who has been on the bench since the 80s has no experience with humanity and has never met a troubled youth before.

I’ll admit that his decision doesn’t sit right with me, but I thought he explained his rationale well enough.