11 years old?? My neice is 11, and there’s no way on earth anyone could be convinced she was of legal age. But yes, let’s blame the child here and set the perv free to diddle more children. Jeeeeezus. Frack.

Today the Texas governor vetoed a law passed unanimously by the house and senate. So in Texas, minors can continue to be charged for prostitution.

Neither side is really going to get justice here.

I mean, he’s not wrong, I suppose.

I correctly guessed the rapist was white just from the headline.

The judge needs to be removed from the bench and disbarred. You don’t let a child rapist off with a slap on the wrist - it practically guarantees there will be more victims. 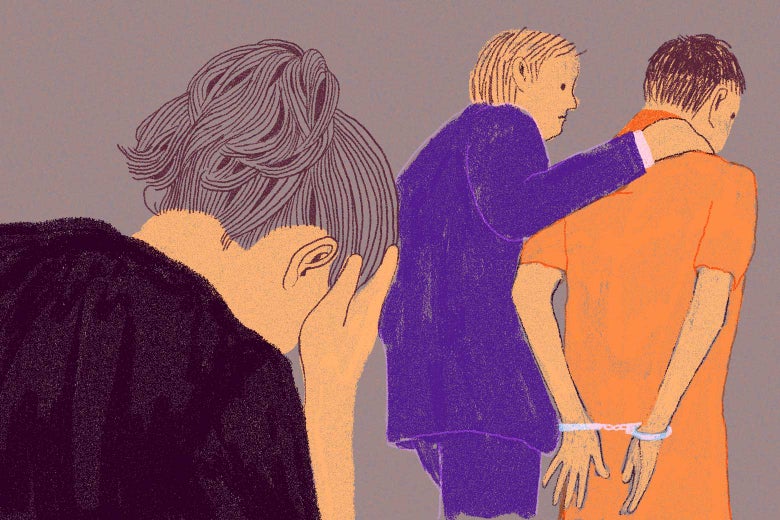 Why Society Goes Easy on Rapists

It’s not just that sexual assailants are often let off the hook. It’s that there is often not a hook to begin with.

It’s a long read, but an excellent examination, from culture and sexual politics to the justice system, and ths judges themselves.

Even when convicted, some rapists can experience leniency because of the “unjust” burden men face as the sexual aggressors in traditional courtship. If you believe men must exclusively initiate and pursue, mishaps and mistakes are bound to happen. Sure, there’s something intrinsically predatory and gross in this model of male-female relations, but the danger this predatory aspect poses to women isn’t really what troubles those who subscribe to this model. They see it as a risk to men . “I want you to tell your friends, your male friends, that they have to be far more gentle with women,” said a male Canadian judge after acquitting a man accused of raping a woman over a sink. “They have to be far more patient. … To protect themselves, they have to be very careful.” (That judge is now in danger of losing his job.)

The unstated corollary of this worldview is that some degree of sexual coercion is an inevitable side effect of the natural order, and maybe instead of blaming men for going too far sometimes, we ought to accept that stuff happens. “Some sex and pain sometimes go together … that’s not necessarily a bad thing,” said that same judge. To object to the pain is cheating, unsportsmanlike. Men have needs, sex is a team sport where people get hurt, and if players from only one of the teams ever seem to get injured, well, them’s the breaks.

The result is a criminal justice system that shows an unexamined bias toward accused sexual predators—particularly those from the dominant race and class—by protecting them in advance from punishments that (in practice) very rarely materialize. And this is a hypercorrection that occurs again and again even though false claims remain statistically minuscule, and even though less than 1 percent of rapes result in a conviction.

What remains true is the obvious fact this protective mélange of distorted rationalizations tries to skirt: Sexual assault is the infliction of humiliation and trauma and pain on another human being for pleasure—a pleasure derived more from domination and power than the sex itself. It is not affectionate excess. It is not human need. It is cruelty. But what both the data and my anecdotes reflect is a long-standing reluctance to admit that and treat rape as what it is: a serious danger to society. The Department of Justice’s Sex Offender Management Assessment and Planning Initiative summarized a 2004 study as saying that “sexual recidivism estimates for rapists, based on new charges or convictions, of 14 percent at five years, 21 percent at 10 years, and 24 percent at 15 years.” A 1997 study based on a smaller sample and older data puts the recidivism rate at 39 percent over a 25-year period after initial arrest. Those numbers are not small, and they also mostly depend on new arrests when—as we know—arrests for sexual assault are exceptionally rare to begin with.

Texas legislature doesn’t have the power to override a veto?

This makes me want to go into full on vigilante mode, put on a luchador mask and start cracking skulls and burning shit down.

If the excuse is they don’t understand consensual sex, they should be neutered. Problem solved.

I feel that. Honestly, I’d be thrilled if they were just held accountable…

Legislative session has ended. Until 2021.

To object to the pain is cheating, unsportsmanlike. Men have needs, sex is a team sport where people get hurt, and if players from only one of the teams ever seem to get injured, well, them’s the breaks.

Weird, a lot of these fucking cavemen don’t seem to have that same opinion when women defend themselves from sexual assault, i.e. Lorena Bobbit. Aren’t they also just doing a “natural” and proportional “sporting” thing?

I feel like this social analysis of patriarchal evo-gender-role bullshit can be powerfully applied to male homophobia as well. Hey, wait! I’m supposed to be the predator, not the prey!

Maybe he suffers from a severe case of facial blindess, wherein he’s unable to discern between CHILDREN and WOMEN.

Missouri just kicked their last abortion clinic to the curb today so, yeah, not surprising in a state slipping backwards in time.

I feel like this social analysis of patriarchal evo-gender-role bullshit can be powerfully applied to male homophobia as well. Hey, wait! I’m supposed to be the predator, not the prey!

Yes, I can’t remember the source right now, but I recently saw a quote that said something like:

"men <not as indivuals per se, but masculinity as it exists historically> aren’t afraid of women holding power in the abstract- they are afraid of being treated like women.

His attorney, Scott Pierson, not only blames the child but suggests Meili himself is a victim of injustice.

Pierson told HuffPost that the girl had reached out to his client online and “catfished” him by claiming to be older than she was.

Well, if “catfishing” (ie, lying) is the real crime here, I’m going to go out on a limb and guess that the rapist in question didn’t reveal that he had an STD.

When I looked at the original story, there was also this and this. Apparently Missouri hasn’t cornered the market on scumbag judges.

Is he whole body blindness, too?

ok. so someone being catfished is also a victim…but a grown adult cannot be catfished by an 11 yr old. You sir, were specifically targeting a minor and willfully assaulted her.

And the guy in this article, who I dare say acted on said impulses, ends up with five years probation?

I’m going to go shout into the wind for a while.