This was the best thing on the show in a while:

And I think the above is probably region locked, so here is another link: 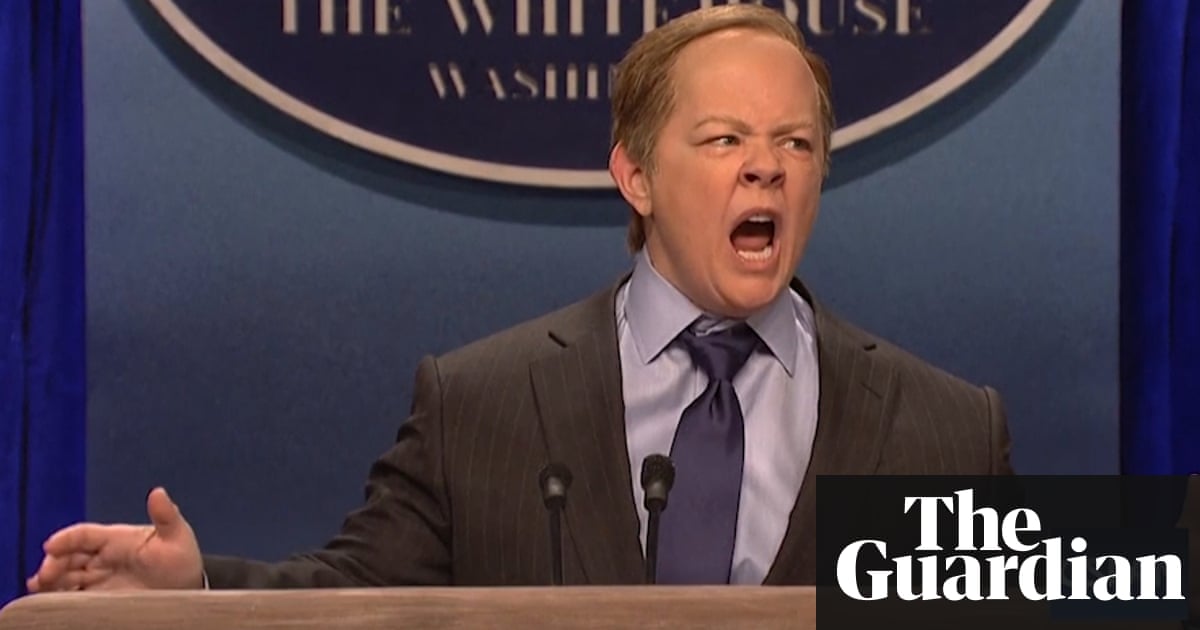 And direct from the Youtubes:

If we don’t laugh we’ll cry.

Indeed. And drink way too much.

If we don’t laugh we’ll cry.

Indeed. And drink way too much.

Cry drink, and let slip the laughs of war. McCarthy displayed her commanding comedic presence as a fed-up, unhinged Spicer who scolded reporters in a sketch that stretched well beyond seven minutes.

What time does SNL actually broadcast? I notice people seem to be losing their minds because kristen stewart dropped an f-bomb. Which is so very sweet; russell brand dropped one (accidentally) on a breakfast show this morning in the UK and not a lot of fucks were given.

11:30 pm on Saturday nights. America is full of uptight people who think that the babbies are endangered by hearing bad words. Honestly, though I have only seen people laughing about it rather than anyone getting upset.

11:30pm?! Bloody hell, i was expecting, like, 9pm or something. It’s not 24/7 effing and jeffing on UK tv or anything but after the watershed (9pm) you’re allowed to get away with a lot.

That’s uptight, protestant Amurica for ya!

Strange - I actually interviewed for the job of SNL censor once and iirc there’s actually a delay in the feed of a few minutes and the censor can mute or black out the show. I guess one fuck doesn’t matter enough… or maybe the censor was asleep on the job.

Re: Melissa McCarthy - she nailed that skit. I haven’t laughed so hard since the golden age of SNL.

Ahh yeah, i think a lot of live broadcasts do the time delay thing in case things get a bit sweary and/or political.

Yeah, actually, I thought that was weird that it slopped through, cause I remember hearing about there being a delay.

A third possibility is that the censor was censored. I believe Lorne Michaels has the ultimate say and I believe is very hands-on (at least he was 20 years ago when I interviewed for the job).

More than being lampooned as a press secretary who makes up facts, it was Spicer’s portrayal by a woman that was most problematic in the president’s eyes, according to sources close to him.

There is an ocean of incredible commentary in that article, but that one really stood out for me too.

There seems to be a call for Rosie O’Donnell to play Bannon this week.

More than being lampooned as a press secretary who makes up facts, it was Spicer’s portrayal by a woman that was most problematic in the president’s eyes, according to sources close to him.

I hope that SNL and other satirists are taking note.

If I’d been casting a satirical scene and needed somebody to portray Trump in it, I’d have been tempted to cast a toddler for the role. But if ‘female’ is what upsets him, then I’m totally fine with sticking with that formula.