Michael Jackson’s “deep voice” is quite unnerving from the grave.

Michael Jackson’s falsetto singing and speaking voice was integral to his personality, but on rare occasions he’d drop into a deep baritone.

Kind of has that Grace Jones deep texture to it.

That’s a deep voice? Barry White would like a word.

I always found his artificially breathy high conversational voice unnerving.
If he’d always spoken in this more normal register, no one would be unnerved by it. It’s finding that the voice you always heard, any time you ever heard him speak to anyone, was fake, that causes unease.

Hmm - so he could talk in a deeper voice. No evidence in that video that he ever sung in it.

It is a little odd, as we are used to the high version. I wasn’t unnerved though. 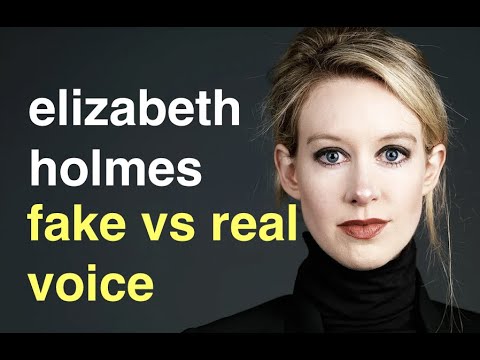 I find him disturbing because he was a pedophile. That voice is the least disturbing thing about him.

I don’t think I would characterize that as a deep voice. It sounds like a normal speaking voice. Everyone has just become so accustomed to the obviously fake voice that we can’t imagine a real voice.

I really hate the way people consider one part of a given vocal range “fake” and one part “real” at all. This is just not how voices work, and I think it’s a bad way of thinking in general. Both Jackson and Holmes for instance are using their natural vocal range… in all instances. Calling some one’s chest voice or falsetto “fake” is kind of like saying some one faked their height by standing up or sitting down.

Similarly very few people would greet their dog or speak to their five year old child with the same voice they’d use while coaching or when presenting a sales pitch.

I find his baritone pretty normal for a speaking voice and not very deep, but it doesn’t sound like he’s that comfortable with it for singing in this clip. It would have been cool if there was a recording of him doing that I guess… though that’s just morbid curiosity.

A Reddit comment that accompanied my friend’s share of that video with me piqued my interest. It basically said that speaking in a falsetto was one way to keep and improve one’s vocal range. It being a comment on Reddit, of course it needs some verification. Hopefully someone here can speak to this being a possibility.

Otherwise he was just a famous person who played a version of himself to the public. Which I guess is fine.

Alas, Holme’s choice to commit fraud reflects poorly on what should be morally innocuous. If a person chooses to speak in different register, that is his or her choice, and nothing should be inferred from it.

I’m surprised how breathy and distorted the audio sounds. The rest of his singing in the clip doesn’t sound like that. Like that one part was getting picked up by a different microphone than the rest.

Speaking in a falsetto can be a part of vocal drills to work on range; so can using low registers, and so can any number of wild-sounding voice exercises. That doesn’t mean anyone has to do that all the time when speaking with anyone in public. That’s just silly.

Like that one part was getting picked up by a different microphone than the rest.

The not-so-secret of the trade is that many live performances might have backing tracks playing that drop out a key moments so performers can solo, riff, etc. This is especially common for pop artists who dance on stage because it’s virtually impossible to keep up a consistent vocal performance during routines.