Human rights should never need to be on the ballot, bodily autonomy among them - just sayin’

Human rights should never need to be on the ballot, bodily autonomy among them - just sayin’

That is eminently true. It is also true that in our current hellscape, this may be the only way to actually let people counter the christofascist party. With the extent of gerrymandering involved, this purest form of democracy is pretty much all that is left. Guarantee the right is targeting it as well. So, I agree in a perfect world this should not happen. We are so far from perfect that I am fully in support of this effort.

The not-so-deep reason the GOP doesn’t want people voting on abortion is because the subject brings them to polls where they’ll also be voting for congresspersons and local officials.

Abortion bans are not what the majority of people want. SCOTUS overturning RvW is a huge tactical error on the part of the GOP, and they’re only just beginning to feel the sting of rebuke. Bringing even more voters to the booth in November is merely a side effect of the GOP’s massive miscalculation.

More excellent news for Michigan voters is the early voting ballot proposal will also be on the November ballot. Every move the GOP have made to restrict voting in Michigan is slowly being undone by the people who are seeking to broaden access to the polls for all voters.

ROEVEMBER IS COMING…with a vengeance!

GOP is making tons of tactical errors and that’s because they keep putting stupider and stupider people in charge. Trump, for his great many flaws, was not the candidate they wanted. They want people like him and his cult as followers - they obediently believe even the most insane things, often contradictory at the same time. Abortion similarily - they’re the dog that caught the car and have no idea what step 2 is. Remember their repeal of the ACA? With full power to hurt us all, they still failed. They have no plan other than to stir up drama.

If it is anything like the Kansas question, it will be worded oddly and definitely people could cast a vote opposite what they wanted. Indeed there will be ads that facilitate this. Which is odd, as it seems to have a pro-life bent, but I am sure some pro-life people got confused and voted the wrong way.

Anyway - it will be clear which way to vote, just pay attention to the rights orgs who will spell it out for you.

it will be worded oddly and definitely people could cast a vote opposite what they wanted.

IIRC, the wording on the petition is the wording that has to go on the ballot. This is not confusing

A proposal to amend the state constitution to establish new individual right to reproductive freedom, including right to make all decisions about pregnancy; allow state to prohibit abortion in some cases; and forbid prosecution of individuals exercising established right

This proposed constitutional amendment would:

Establish new individual right to reproductive freedom, including right to make and carry out all decisions about pregnancy, such as prenatal care, childbirth, postpartum care, contraception, sterilization, abortion, miscarriage management, and infertility;
Allow state to prohibit abortion after fetal viability unless needed to protect a patient’s life or physical or mental health;
Forbid state discrimination in enforcement of this right; prohibit prosecution of an individual, or a person helping a pregnant individual, for exercising rights established by this amendment; and invalidate all state laws that conflict with this amendment.
Should this proposal be adopted?
YES
NO" 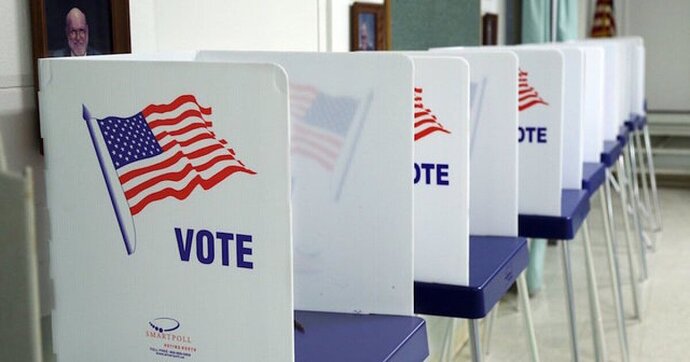 Board of Canvassers approves abortion rights, voter rights petitions for...

The Michigan Board of Canvassers has voted to certify the abortion rights petition and voter rights petition, officially placing them on the November ballot.

Ideally, the wording of ballot initiatives should be clear, and direct, unlike the Kansas amendment but enforcing that creates an opportunity for mischief.

Just look at Iran! Year, after year, the politicians feather their own nests. 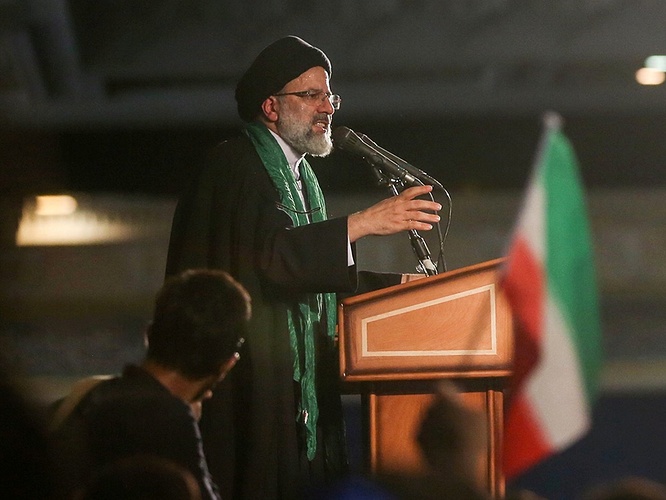 Announcement only solidifies conservative Ebrahim Raisi’s position as by far the top candidate.

I’m sure that republican candidates for secretary of state are salivating at that kind of power.

It is also true that in our current hellscape, this may be the only way to actually let people counter the christofascist party.

It sure as shit isn’t the fault of women that there is enough people in this country who don’t see us as human beings, but as broodmares and property…

So, I agree in a perfect world this should not happen. We are so far from perfect that I am fully in support of this effort.