What kills me about folks like this is that when they get all Old-Testament on ya, they’re also probably against Jews as well; and wasn’t the Old Testament part of the Torah?

Though I think the technical term is “eggs”.

Yes, but you said “fertile eggs”. I agree that most eggs bought in the store aren’t fertile, but the ones that are have a just-beginning-stages chicken inside.

I never said anything about fertile eggs.

Most eggs people eat are not fertile, with notable exceptions. There is nothing requiring the egg to be fertile, and no benefits to eating a fertilized egg vs a non-fertilized egg.

When I was living in a house with chickens…

The message I chose to take away from this is that Eric is good at choking his chicken, which would reduce the abortion rate if more men were also good at it.

Wait wait, maybe I’m late here, but it seems like you’re mixing up “fertile” with “fertilized”:

Fertile being viable, and capable of becoming fertilized (but not yet).

Can I do that figuratively? It is more fun and less cruel to animals.

I never said anything about fertile eggs.

Oops, no, I said it to you! You said eggs were chicken menstruation, and I said if they’re fertile eggs, then they’re embryos/zygotes.

You can tell a lot about a person by the way they treat animals. No surprises here, considering that thirty percent of US puppy mills are located in Missouri. 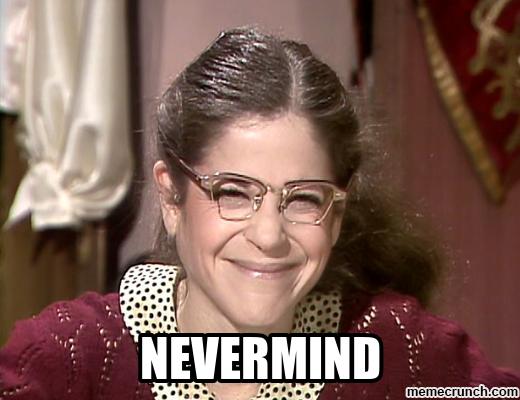 “fertile eggs” you can buy in the store, separate from the regular ones, will hatch if you put them in an incubator. maybe it would make more sense to call them fertilized to distinguish the zygotes from unfertilized but potentially fertile eggs that are still unformed inside of a chicken, but no one wants to buy a carton of “FERTILIZED EGGS” at the grocery store probably, so that’s what they’re called.

lol. I see! So, despite my grammatical accuracy, indeed, “Fertile Eggs” are indeed likely to be embryos.

OK, good, that’s what I thought…whew! At least that’s something I’m not entirely wrong about.

“Couldn’t you have them ripped off in an accident?”

“Sorry lad, what we do to ourselves, we do to him”