apparently does “donate” his salary to other government agencies, in part i guess to grease the wheels to get what he wants. in other language, feeding the swamp. in yet still other language, a bribe.

usa today put together a list of the agencies he targeted

Social media claims that President Donald Trump works for no money are not totally accurate.

and as others have pointed out, the salary is chump change. he makes much more than by charging fees to the secret service, and charging foreign officials for access at his washington hotel and his golf courses

If he is writing these donations off and taking deductions on his taxes (and I would be shocked to learn that he is not), then he is also robbing Peter to pay Paul.

He’s unlikely to be able to pardon himself (almost no one thinks it would withstand legal scrutiny), but he needs to be impeached before he pardons his co-conspirators and family members

Pardoning his family and accomplices should really be disallowed by the judiciary for the same reasons as pardoning himself—the pardon power is for forgiving adversaries as part of a peace deal, not for helping himself and his friends get away with shit

It’s gonna be a long month until then

every day is a month now

Impeachment is indictment. The Senate must still try and convict him before he loses post-presidency perks.

Yeah, I’m sloppily using “impeachment” to refer to his being properly impeached - that is, impeached, convicted and stripped of his right to run again, which I guess is a separate vote.

As I understand it, a PAC can’t directly coordinate with a candidate

Yeah. I’m just wondering how this all works if Donald ends up being barred from being a presidential candidate again, what happens with all this PAC money. Presumably he would at least have difficulties raising more money (particularly for future presidential runs), but he’s got a big pile of money already. I suppose there really wouldn’t be impediments to him continuing to spend it on himself, even though he ostensibly raised it to cover issues related to a future run, for which it could no longer be used.

Yeah, it’s so blatantly a corruption of the system - “Do some crimes for me, and I’ll pardon you” - that it seems so obvious it shouldn’t be allowed. More handwaving by the “founding fathers” who figured “impeachment” would solve the problem.

Yeah. I’m just wondering how this all works if Donald ends up being barred from being a presidential candidate again, what happens with all this PAC money

One reason he needs to be prohibited from public office is that any campaign donations or PAC expenditures would then become fraudulent. It could be frozen or even seized, I would argue.

That is critical for later prosecution, as he would be cut off from a major source of legal funding.

Why bother at that point?

The point is that they can keep him from ever again getting any federal office. They can kill him as a politician.
They can also damage him severely, reducing his control of the Republicon base at a safe distance to the next elections.

Any happy mutants have a good idea about how to engage the system in a healthy and meaningful way?

I just learned of this resource on another thread:

I’m using it for scripts and contacting my elected reps daily and going to send letters as well.
Keep making the calls. Even if they don’t answer, the aides have to listen to messages and tally that stuff.

ETA: and to your “healthy” point, prepare yourself for a marathon, not a sprint. Beyond impeachment, all those republicans in the house and senate who voted to challenge the election, even after the violent insurrection, need to be dealt with. This is going to take a while.

2nd edit: and also, support this group if you can:

On Wednesday, dozens of Congressional Republicans will object to the certification of the Electoral College vote that made Joe Biden the next President of the United States. Their goal is to set aside millions of votes, ignore the clear will of the...

They are doing great work holding political donors accountable, so effectively drying up some of the money flowing to those campaigns. This current round isn’t going great just yet, but he had a lot of success this summer getting companies who were touting support of BLM to quit financially supporting openly racist politicians, so it works sometimes.

And I would have got away with it, if you meddling millennials had been more coöperative

This coward is terrified of having to do his job.

the party that never really wanted Trump in the first place and what is obviously a massive MAGA cult/faction within it.

This is the key. The cancer has metastasized. The GOP is Trumpism now* and they can’t put that toothpaste back in the tube. Whoever runs in 2024 will have to be a Trumpist. It’s why the senate keeps falling all over themselves to show they are the Trumpiest, even as the insurrectionists are breaking down the door.

*really, it has been for decades, it just used to be more dog-whistle and less actual whistle.

to reconvene earlier would require a unanimous vote

So says a rule, whether a formal Rule of the Senate or the lesser rule embodied in the vote to adjourn.

But here’s the thing: a simple majority of senators can break any rule or Rule at the drop of a hat, save for those specified directly by the Constitution. They actually have to break a Rule saying you need a two-thirds majority to change a rule so that they can break some other rule, but that’s okay! At its core, the Senate is as majoritarian as the House.

48 Dems and independents plus Murkowski and Romney is 50. There are 49 other Republicans—Perdue’s term is over even though Ossoff hasn’t been sworn in yet. This could happen if there were sufficient will for it.

That said, I’m not sure it’s a tragedy that it won’t. A 50-49 vote to go forward with this would only presage the 50-49 result. There’s probably no avoiding giving Trump that one last shot of adrenaline, but I’m not sorry if it doesn’t happen right at the moment he’s uncorking whatever last acts of treachery he has planned. Let him stay in the bunker right up until the end, just like his role model.

I’m just wondering how this all works if Donald ends up being barred from being a presidential candidate again, what happens with all this PAC money.

Pretty much anything he wants as I understand it. When Colbert started his PAC, he had Trevor Potter explain how the only rules are preposterously easy to skirt and there are essentially no restrictions on how they can use the money except for in coordination with a campaign. But of course, he and Stewart illustrated just how easy that is to circumvent as well:

Trevor Potter helps Stephen fill out the legal form for starting a PAC.

On last night's Daily Show, Jon Stewart reminded viewers that he recently came into a great deal of money as the "proud new owner of a super PAC." Though it "sounded great at fi…

It’s been a long time since I’ve seen these videos, so I may not be remembering some important details.

PAC expenditures would then become fraudulent

Would they be? Even if he suddenly changed the purpose of the PAC to be something vague, like “supporting conservative causes” or the like? I’d like to think this is what would happen, despite the almost total lack of regulation around PACs (very little of that regulation actually being enforced).

I recollect recently there were some PACs being run by the spouse or other immediate family member of the candidate, or by former campaign members. This most basic restriction is now just flagrantly being ignored…

if he declared himself a candidate, he’d have restrictions put on the use of that money. So he would be better off always hinting he would run again, while never doing so. But now I’m wondering what being impeached would do to that PAC money - after all, he’d never be able to run again.

Sort of. As I understand it, a PAC can’t directly coordinate with a candidate, but other than that, there are essentially no restrictions on how it can be spent, even for things a campaign would otherwise be on the hook for. And proving coordination would be nearly impossible. If he’s actually good at anything, it’s using inference in his language without directly stating his demands. PACs are the dirtiest of dark money.

The fun part will be watching the various lawsuits explode from people trying to recover their money from said PACs and the con-men that are running them.

Yeah. His Star is setting. A few months out - the other pols won’t want him pissing in their punch bowls. They’ll be undermining him every time they get- and start whisper campaigns about how great granddad’s head has gone all spongiform from those Trump steaks being riddled with prions.

In a few months, let’s hope Trump is rotting in a New York State or Manhattan jail cell.

If he isn’t imprisoned, and possibly even if he is, there is no way the sun is setting in Trumpism.

It is comforting to ascribe shitty behavior to a harmless minority. The “few bad apples” as has been the denial about institutional racism. But, at the same time this insurrection was happening in DC, by announcement and design, people in other states were occupying the front yards of governors in their own homes. In liberal downtown Los Angeles a couple of days later, they beat up a black woman who had just been walking down the street and simply didn’t have time for their shit, and these same people for weeks now have been going maskless a hundred at a time into our stores - and we’re at 2500 deaths a week in L.A. now. And the day before in Shasta County: 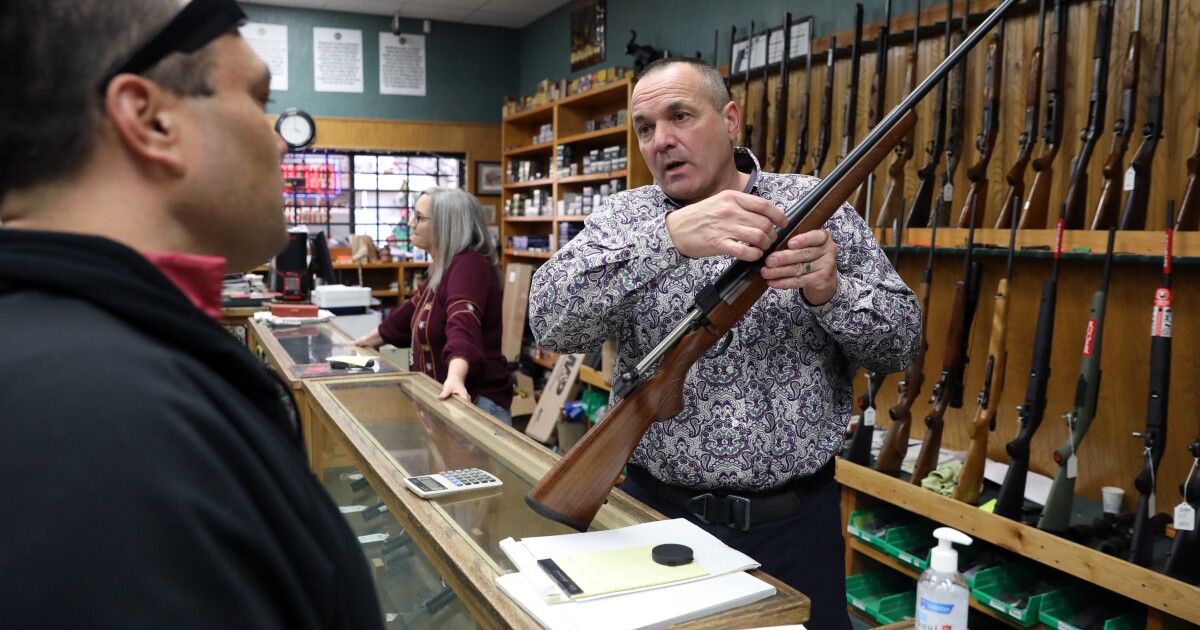 A Shasta County supervisors' meeting was faced with verbal threats to government officials and talk of civil war. "You have made bullets expensive. But luckily for you, ropes are reusable," one person threatened.

It’s like a death cult. They don’t believe facts that are staring right at them. They think because Bill Gates met Jeffrey Epstein that Bill Gates is a child molester - people have asked me to answer to that on effing LinkedIn when I criticized the platform for allowing their comments to stand calling both Melinda and Bill Gates “murderers.” But they think nothing of the deeper friendship that Trump had with Epstein.

To be clear I’m not accusing Trump here, but pointing out that these people are essentially gouging out their own eyeballs to adhere to a truth built entirely on false logic and spoon fed mutually affirmed propaganda. There is no way this insanity is going to go quietly into the night.

You could certainly argue it. If he says he’s going to use it for other purposes, then make him sign a consent decree to the effect, including not using the funds for his legal defense for act committed while president.

It is comforting to ascribe shitty behavior to a harmless minority. The “few bad apples”

Oh, no. The barrels of bad apples will still be here. They’ll just be looking for their main chance to take over. And wanting Trump out of their way, pronto.

I don’t think Pence will every by a dem ally, but after his experience last Wednesday he’s definitely not a fan of Trump, and he’s on the shit list of the crazy right.

No way he’d every run for president.

He may be holding back on the 25th because not enough of the cabinet is on board, or he’s afraid of deadly blow-back.