Looks like a wheat beer for Dad and a chocolate ice cream for kid!

Even the street signs between the station and the museum are wonderful. 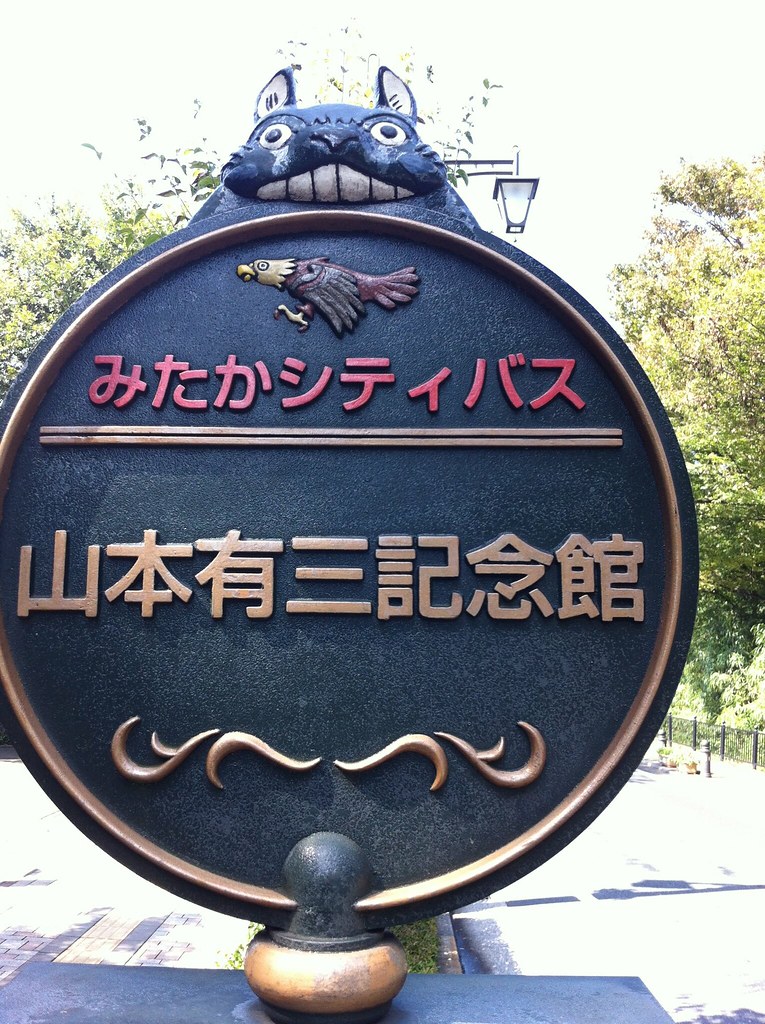 Great label…how was the beer?

Many years ago I was in Tokyo, staying in the home of a lovely young woman who was a study in contrasts: ex-heroin using biker, highly educated, chain smoking marathon runner…awesome person. Who knew a lot of people…and someone in her circle had the Miyazaki connect. We made plans to actually meet the man himself…my friend said ‘hey, this is a pretty big deal…’ ‘I know I know I know!’ was my reply. The morning of the day she got a phone call ‘Hayao san’s friend is sick he can’t meet etc’. So sad…my brush with greatness denied. Such is life…

Ghibli Museum is one of those places where you turn 8 again, and behold in awe and amazement the lovely baroque interiors searching for all the little wonderful things that dot it, your eyes and brain hungry for more.

My heart just feel a lot lighter just remembering it… <3

ISO: Studio Ghibli beer, FT: All the beer in my cellar

The Ghibli Museum is magic. It’s made for kids, with child-sized secret passages and amazing things to see everywhere. And there’s tons of kids, but of course the place is super popular with parents and animation fans. But, crucially, no cameras or photography are allowed anywhere in the museum. So unlike everywhere else in Japan, you don’t have constant selfies and group photos happening – just people enjoying where they are. It makes a huge difference.

It’s also the only place in the world you can see a dozen or so exclusive Ghibli/Miyazaki shorts, including “Mei and the Kittenbus”, the Totoro mini-sequel.

I took that to mean there is no bronze statue of Miyazaki with a plaque that reads “This genius warmed the hearts of generations with his blah blah blah.” It’s not a shrine to Miyazaki, if anything it’s a shrine to his work.

I didn’t go when I was in Japan a handful of years ago, but it’s sure going to be on my destination list when I return, someday. The Wind Rises is awesome, btw.